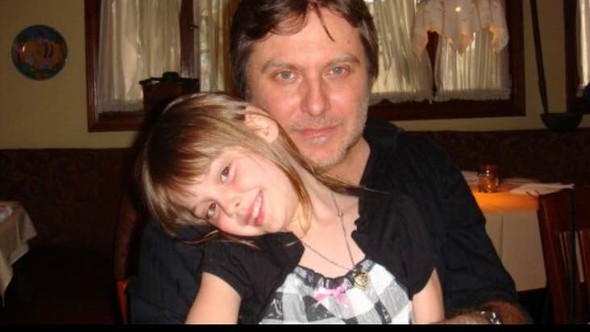 Hey there, my name is William Butler and I was John Vulich's best friend for over 40 years.  I knew him better than anyone, absolutely cherished his friendship and have been understandably devastated by his passing...but not any worse than Nicole Schilperoort and the two children he refred to as "his kids"  Paige and Elizabeth.  His death has been a horrible blow to them as they all lived and thrived with John for the past 11 years.  Elizabeth is particularly effected as John helped raise her.

John worked for me for five years while I was producing at Disney and when our show was finally cancelled, he took a two year hiatus while he decided what was next in his life.

Two days ago, the bank received notice of John's death and Nicole was locked out their account.  This means she has ZERO access to ANY money.   She has obtained a lawyer and is working on getting her inheritance back, but has been advised that this could take as long as six months from now.   Nicole and the kids virtually have no money to eat on or live on until she figures out how to get her money back.  Elizabeth has things she needs for school and they are really in a very hard place.

I am PLEADING with you to please donate to this fund to keep them fed and safe.  Nicole is a wonderful girl and good friend - and though he was extremely private, John loved her and the kids with all of his heart I KNOW he would endorse what I am doing and would do the EXACT same thing if it was me or YOU who needed a hand.

Please donate to this fund - Every dollar helps this grief stricken bunch who should not have to be worrying about where their next meal comes from while they navigate the legal red tape of the system and have time to grieve someone they looked at as husband and father.

William Butler is managing the funds for this campaign. The campaign is for a personal cause.