Thank you everybody. Our campaign is now over. ✕
Defend comrades fighting anti-immigrant fascism!
✖
Gallery (1) 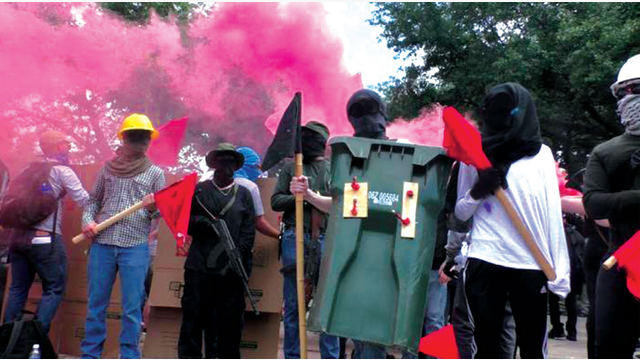 Fundrazr has inexplicably forced the campaign to relocate to:

On Dec 9, four comrades were arrested while militantly confronting an anti-immigration fascist protest. Even though as usual the pigs helped the fascists every step of the way, comrades kept fascists from reaching their destination. Along the way the pigs instigated a conflict, assaulting comrades as a pretext for charging them and arresting them.

The fascists left humiliated and scattered under heavy pig cover due to comrades' militant resistance, and meanwhile people on the streets of Austin stopped to learn about and support material antifascism. Please spread this fundraiser and give what you can to support the comrades who were kidnapped today so that antifascists everywhere know that when they do what it takes to stop fascism in its tracks, they have the people's support!

Daniel Green is managing the funds for this campaign. The campaign is for a personal cause.