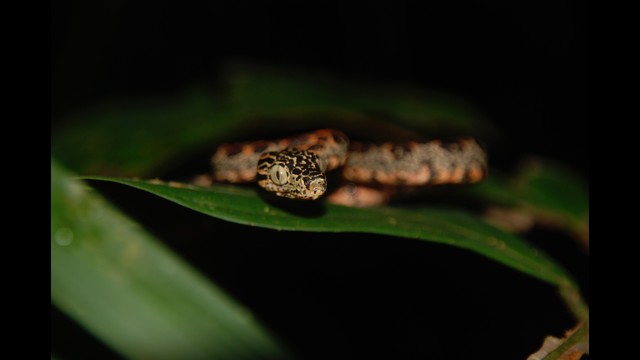 Flavio Santi, Ki-Shuar leader and founder of the Fundación Pukuna Ecuadorian non-profit and the School of Wayusa, Pastaza, Ecuador

Late in the 19th Century, Ayuy Yu (Spirit of the Palm), Flavio Santi’s grandfather and leader of his clan in the Shuar tribe, made an ancestral pilgrimage from the Huasaga River in Peru along the forested mountains up through Ecuador to the Putumayo River in Colombia, at that time called Puturuna: ‘People of the Kapok’.  Puturuna was an intercultural meeting place of knowledge exchange and spiritual teaching.  Along this route, which could take years to complete, the generations of Ayuy Yu’s people had planted sacred wayusa plants, as guides, titles, and places of ceremony.  The Shuar people drink wayusa tea in the pre-dawn each day, to strengthen the dreams of the people, and of the forest.  Some of these trees along the route are now 700 years old.

On his return journey, Ayuy Yu found that national borders had been imposed, and he could not cross from Ecuador into Peru.  He settled with the Puyuruna people in the forests of what is now Puyo, Pastaza (Ecuador), and there they founded a new intercultural meeting place, which to this day remains a melting pot of tribal diversity.  Ayuy Yu married a Kichwa from the Jumandy clan, thereby raising an intertribal family of ‘Ki-Shuar’ children, including Flavio’s father.  In 1915 the oil company Shell made the first colonial incursions into the area, backed by the state military, and allied with Salesian missionary efforts.  Ayuy Yu led the tribes of the area in a fierce resistance that eventually forced all industrial actors to withdraw in 1941.

Ayuy Yu taught a group of his grandchildern the medicine ways of his people, guiding them in the lifelong disciplines of ‘the gardener child’, ‘the sweeper child’, and ‘the firewood child’, that are the precursors to becoming a yachaj, or shaman, as an elder.  Flavio’s grandfather impressed upon him that the forest cannot be bought or sold, but must be maintained, respected and protected.  He told him he must be a guardian of these forests.  Flavio has been a figurehead of the indigenous rights movement since subsequent petroleum interests caused the state to claim his grandfather’s territory around the headwaters of the Curaray river in 1997.  The coercion and oppression by colonial forces in the area has not abated since.  Flavio has endured the theft and pollution of his ancestral territory, his community being razed to the ground by the military, illegal incarceration and interrogation, the division of his family and his people by the bribery of the oil companies, and the contamination of his proud and ancient culture.

As a result of his consistent and uncompromising commitment to his people and their forest, he has also gained friends, and has travelled internationally a number of times to share teachings from his culture and raise funds for its protection.  All the funds he raises in the West he pours into strategic land reclamations within ‘Oil Block 28’, a vast area of 400’000 hectares (988’000 acres) of forest, and 15’000 indigenous people.  Much of this land constitutes ancestral territory of the Ayuy Yu clan, and the only way to protect it under a dominant economic system that does not recognise traditional oral land titles, is to buy it back.

With international support they have managed to do this for 1200 hectares (3000 acres) of forest around the Llushin and Kuyuimi rivers, adjacent to the Sangay National Park, now protected as a reserve named ‘Eternal Forest of the Children’ in honour of Ayuy Yu’s teachings.  In 2010 through international efforts they purchased a 120-hectare (300-acre) tract of highland forest above the city of Puyo, which forms part of an essential forest corridor that is the last remaining sanctuary in this area of the spectacled bear, jaguar, and harpy eagle, as well as innumerable plant medicines. In 2016 we recovered another 30 hectares, and in 2018 a further 25. This land comprises the peak of a hill known as Tijun Urcu, "Walks Alone Mountain", where youth were traditionally sent to walk alone and discover the teachings of the medicine plants on initiations into adulthood. There are traditional sacred sites here including waterfalls, wellsprings and caves, as well as the headwaters of the two major rivers that feed hundreds of indigenous communities downstream. The final plot of land to complete the protection of this mountain sanctuary is a 25ha plot for sale by sympathetic owners to Flavio at the price of $38'000.  This section of the mountain contains many of the teaching plants that Flavio’s grandfather and his ancestors planted to give them strength on the journey to Puturuna.

The state is considering widespread proposals for industrial development projects in the area surrounding the town of Puyo, so it is imperative to protect sites of cultural and ecological significance as sanctuaries for the animals, the plants, the elements, and the teachings of the ancient culture.  For the Ayuy Yu clan this represents a chance to save a handful of the 15’000 sacred sites that will certainly be destroyed or contaminated within Oil Block 28 in the coming years, as drilling rights are in a continuing process of auction by the government.

On these sacred sites the Santi clan witll found their ‘School of Wayusa’, to share the teachings of Ayuy Yu with the indigenous youth, and the world. They are creating a new model of development that empowers the elders and wisdom-keepers of indigenous communities to use their land for cultural education and traditional healing projects.

These communities have battled historic oppression to retain and recover their ancestral territories, customs and knowledge. They are standing up for a simple cultural right to exist. Their success will constitute a profound act of service to our rapidly homogenizing global society. Lack of financial energy is their biggest barrier. This is one area in which we can help, and we can connect.

Please get in touch about larger donations or loans, and/or please donate through this page.

See all activity20
NEW Thank you emails can now be sent directly from the Transactions page.
Alternatively you can still leave a comment here. 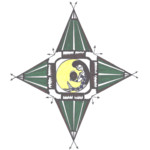