No thanks
Seeking funds for expert legal defense and medical counsel for My Only Son, Marc
SubscribeUnsubscribe
✖
Gallery (2) 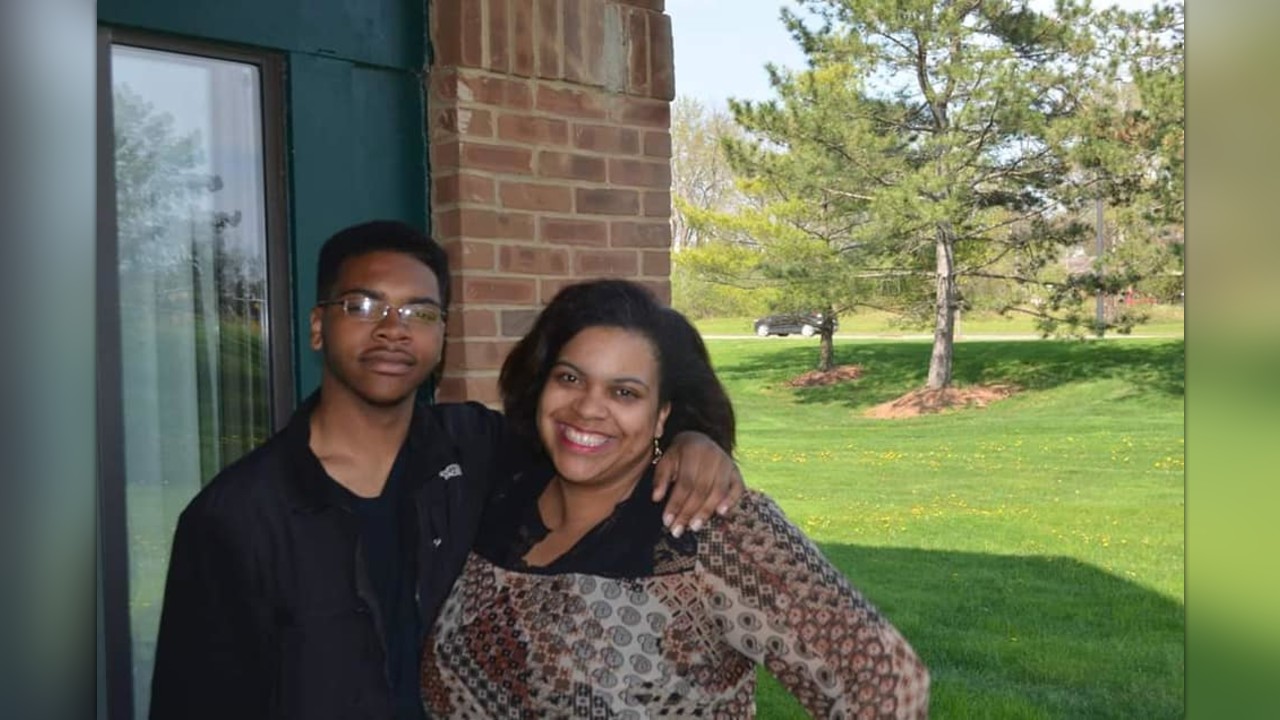 My son Marc and I have had a challenging health and behavior journey over the last nine years. After a relatively normal childhood raised with family and a loving community that I helped to curate, Marc began exhibiting major mood and behavioral swings in middle school.

After a tumultuous journey and a dangerous psychotic break in 2017, I found help for him through local health systems. The relief would be short-lived, however, because the next hurdle would be for him to accept his diagnosis, differences, and stay committed to his health regimen. In November, 2019, I received a call from St. Joseph Mercy Hospital. A staff member asked me if I was related to Marc. I said, "yes, that's my son." My son had checked himself into the emergency room for multiple wounds after being brutally beaten and then accidentally breaking his hand through some glass. They were going to release him, since they had treated his physical issues, even though he was exhibiting major mental health issues and needed security to corner his room. When I arrived, I could tell he was ill. I tried to get them to keep him for a mental evaluation, but the area social worker and doctor on staff sat me in a room and said that they felt was he was dealing with was more "criminal" than medical and there was nothing that they could do. Then the social worker told me that if he kept it up he would end up in jail anyway and that "jail really has all the resources. A year in jail could do wonders for someone like him." Then the doctor said "we wish we could help" before leaning over and telling me "Mom, you're doing a good job" while patting my knee. We didn't even make it to the car before he created a scene and refused to go home with me.

The more I have listened and read stories from families over the years, I have come to realize that our story is not unique nor is it connected to race or class. The only difference is access.

By Thanksgiving 2021, Marc had experienced seven months of focus and six months of living independently. This was the longest stretch of stability I have seen with his health and behavior in over nine years. I was extremely excited for him and pulled myself out of COVID recovery to prepare a few of his favorite dishes along with my mother. However, the milestone was bittersweet because weeks earlier I had found out that he had been accused by a peer of being part of a group of young people connected to a serious event that occurred 14 months prior. The case has a lot of moving parts and there are many versions of what happened, but my son has maintained his innocence. I believe him and am heartbroken that I cannot afford to provide him with a fair chance, fair trial, decent lawyer, and basic access to medical care. I have interviewed several lawyers who either flatly declined the case or were helpful, but estimated $15,000-$25,000 for a retainer to begin representing my son.

On December 7, 2021 my son was taken into custody from his home by a neighboring county. Since that time, I have been living a nightmare:

1. I have been talked down to, snapped at, and blown off by jail personnel. He is a Junior. Several staff have mistaken him for his Dad, whom I have not been in a relationship with since my son's infancy.

2. I have been ushered into a morbid game of bureaucratic hopscotch. Person A will say he or she would like to help, but Person B, who has to approve communication before they can help, is on vacation. Then  Person B returns from vacation, but now she isn't answering and Person A is on vacation now. The outcome? My son has gone over a month without proper medical attention, despite me and his local health team trying to reach out. I was presented with a workaround. If I could drive up there before he was moved over to the jail the next day, I could get his key to his apartment and bring his medications with prescriptions. However, I was told this literally as I was coming home from having an outpatient procedure done. The jailer said in that case I would have to get a property release signed by my son. However, a decision was made by the judge to deny his property release while he was on quarantine. That added another layer seeing that now I was shut out of his apartment and mailbox to help him move his stuff, etc. On top of the lack of regular medical treatment and coordination he has been denied, he was physically ill recently. There seems to be an outbreak of COVID in the jail and they are on a lockdown, but he never received a COVID test, a warm meal... not even as much as a Tylenol or hot tea!

3. I have repeatedly been given opposing information about court hearings, policies, dates, and times.  I missed his arraignment when they decided to have it several hours earlier in person instead of zoom and missed his show cause hearing when they changed the time the night before. No one seems to know what's going on.

4. Last week, I was hit with another curve ball when I found out that all of the recipient rights that our family has urged the jail to honor, mean nothing for inmates. How can a person being held for trial be denied basic health rights?

My son is being held on a $500,000 bond. A reduction in that bond was denied. I don't know why. A couple weeks ago, the judge agreed to have a bond hearing. No word on a date has been shared with us. Our family, nor his health team in Washtenaw County, have been able to get responses from the court-appointed lawyer or the medical team. I don't know why. He was sick, possibly with COVID, but there was no test or treatment despite the fact he is only a suspect without even as much as of a preliminary hearing completed yet. I don't know why.

Each day, I rise and set with more questions than I had the previous day. I am raising a kindergartner, working, and I always find reasons to hope and smile...but this whole ordeal feels like a large boulder anchoring my spirit. I have been extremely hesitant on saying anything publicly but I am tired of me and other family members of incarcerated peoples being bullied and silenced while trying to live and advocate for their loved ones.

My son turned 25 years old last Sunday. When you donate, you will help my son receive his rights as a person and as an inmate, and relieve some of the weight we are feeling at this time. I endeavor to shed light on these issues more intentionally and find ways to support the families of incarcerated persons through this process.

The system seems to be designed to break the spirit of the inmate. In the course of breaking men, it is also breaking many innocent hearts on the outside. Any donation you give is a push for hope and a fairer world.

Leslie McGraw is managing the funds for this campaign. The campaign is for a personal cause.