No thanks
Help Envera with chemotherapy expenses
✖
Gallery (4) 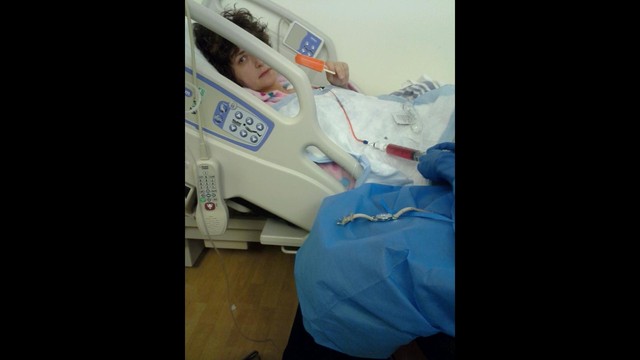 $1,500 raised 8% of $20k goal
15 contributors
6 Years running
Contribute
By MissDelina Kantic
Are you friends?
Personal campaign Keep it all
Lancaster, PA, US

My very dear mother was diagnosed with stage 2 breast cancer on February 2013. She is 46 years old and is facing chemotherapy radiation and battling to help her youngest child with autism and sczicophrenia. She became a widow in 1992 after her husband was killed in the war in Bosnia.  A year ago we had moved to Michigan to be near family, it was the worst decision of our lives. They were neglectful and stressed my mom out day after day with false hope on benefits and jobs.We had no choice but to return to Pennsylvania. Few weeks after Envera kept getting sick more frequently. She had found a lump on her breast that was almost the size of an eggyolk. Immediately the doctors told her she had stage 2 breast cancer and had spread into her lymph nodes, and needed to get chemo started and remove the breast...They had no hope for her keeping her breast, however she did and went ahead with chemo. Few weeks after her chemo treatments had begun, her cancer had started to take it for the worse. Day and night she would puke, lose weight faster than anyone could imagine and her hair had halfway fallen out.. To her this wasnt a big issue until she had to be strong enough to take on her autistic schizoprenic son. With both being in the hospital on and off insurance wouldnt cover all of the testing, and medication they needed. With her stress levels rising she had lost everything. Car, apartment, job, and now almost her life and her sons. She is currently staying with a friend who helps her get by but theres so much they can do. Envera is in desperate need of financial aid of any sort to get through her chemotherapy, bills, expenses, food, clothing, apartment, a car for reliabe transportation to and from hospitals. Her right arm is partially paralized now from chemo and makes things twice as hard. She was and still is a hard working widow who has always helped people in need and now is need of help herself. Anything will help at all even if its just $1. It goes a long way and you never know when you might need help oneday as well. Please keep Envera and her son in your thoughts and prayers as she continues the battle of her life...  Please share this page and help me make her journey a little bit easier.. MissDelina Kantic is managing the funds for this campaign. The campaign is for a personal cause.