No thanks
Medical Expenses for Candy Weinreis
✖
Gallery (1) 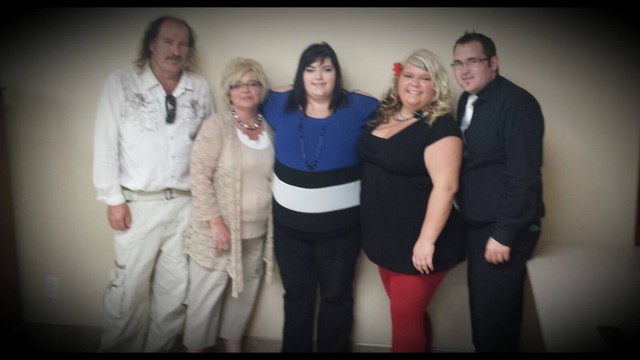 $320 raised 6% of $5k goal
11 contributors
6 Years running
Contribute
By Kelly Schroeder Bales
Are you friends?
Personal campaign Keep it all
Huron, SD, US

Candy Weinreis was admitted to Sanford Hospital in Sioux Falls on August 6, 2013. She was being treated for a blockage in her left leg. She had to have a bypass done so that the blood would flow to her leg. She was in the hospital for 5 days. Once she returned home she was feeling better and was able to walk a lot better as well. After about a week she started to feel a bulge in her incision. She went into ER and they said she had an infection and prescribed her antibiotics and sent her home. After a couple days the infection got severely worse. She was taken to Sioux Falls on Thursday August 22, 2013. The Vascular Surgeon immediately admitted her back into Sanford Hospital. He went in that night and opened her up and cleaned the wound and infection. He could tell right away that the infection had already compromised the bypass he had already done the week prior. Over the next three days he irrigated her wound and packed it with antibiotic solution. He made the determination that she needed to go back into surgery and have the bypass removed and start from square one. They went in on Tuesday August 27, 2013 and removed the graph and made another incision above her knee. They were able to save her leg and hope that she is able to fight the staff infection she still has. She will be in the Hospital for at least a week to two weeks. She will have to have another operation in the near future to correct the other leg. She has an opened wound in her abdomen that will also have to heal. Any type of help that the family could get would be greatly appreciated. She will be out of work for at least 2-3 months with no pay and has a large health insurance deductible to meet. Kelly Schroeder Bales is managing the funds for this campaign. The campaign is for a personal cause.