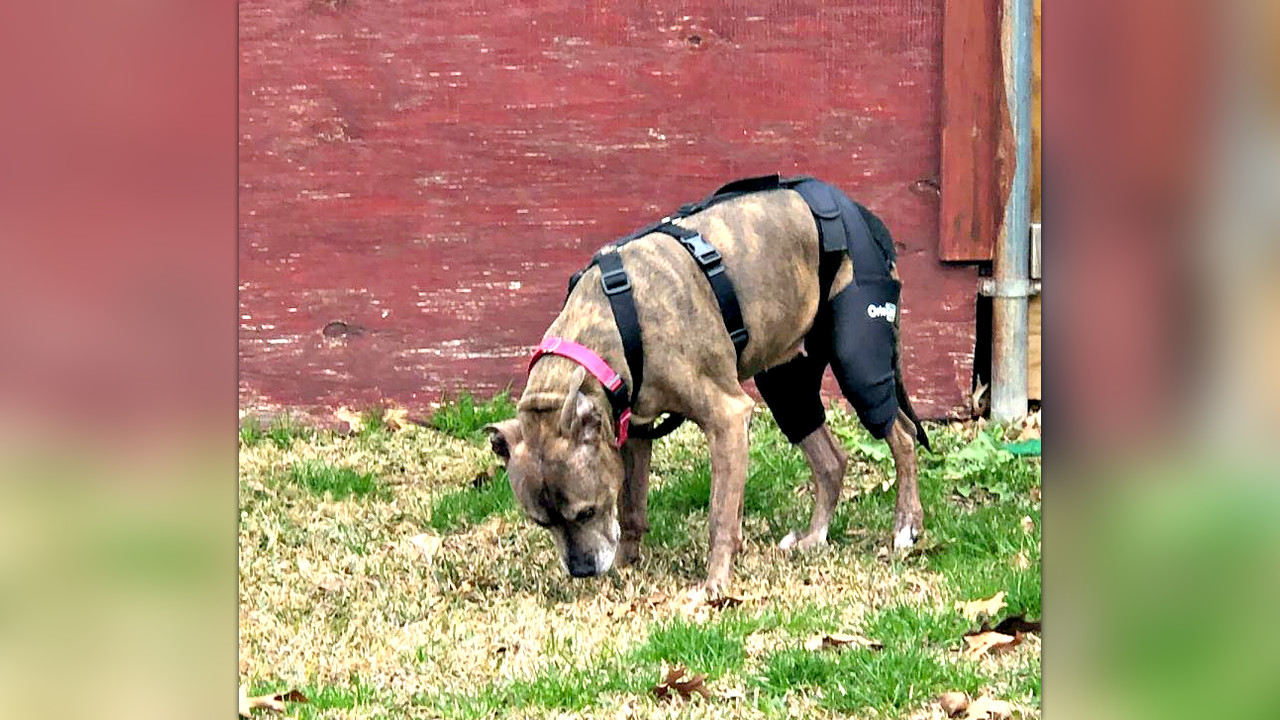 $750 raised 50% of $1.5k goal
27 contributors
79 Weeks running
Contribute
By Debbie Daniel
Personal campaign Keep it all
Fort Worth, US

Took Sydney in for a checkup here in March 2019. In 2017 she tore her ACL. She then weighed 69 lbs. she had lost weight then. She was 80 lbs..but lost it. Then todays checkup revealed she weighed 61 lbs. and she isn't skinny but she doesn't need to lose anymore either. We had not done xrays of her hips since 2017 either. Today revealed her left hip alot worse. UGH. I was shocked. It was very clear how bad it was compared to 3 yrs ago, I figured it was though due to her struggling to walk along with legs that are not so good either. Poor Baby! Anyway she is 9 years old. So I decided if we are gonna do this, we need to do it now..as in sooner than later. I think the hip surgery would give her a few more years of life in her..or we can continue to let it deteriorate and when her days comes...I would have to let her go. I told my vet today that I had noticed a slight decline in her walking. She's struggling a little more now to walk than she has been.

I am clearly unable to pay the money although I would if I had it. So if you would like to help contribute to a surgery for her, please do.

One leg had the torn ACL and the other leg is an unknown bowed knee. It was a lot better after it initially happened but..now...with her hips getting worse, I have seen that leg flaring out again. She's trying to compensate for the other leg...her bad hip. Also it is putting a lot of strain on her front legs as well. As for rehabbing her, I can do that at home.

Anyway I am not sure if anyone is interested in helping extend her life by doing this. Nothing is ever a guarantee as we all know but..the surgery would give her a good chance..and I feel that's not that much for a surgery...ACL surgery is double that. So this is why I created the fundraiser..cause I thought it wasn't a goal that couldn't be reached.

If you would like to help her..I would appreciate it very much. I can't do this without your help. Thank you!

Debbie Daniel is managing the funds for this campaign. The campaign is for a personal cause.