Help Kerrie with Heart Transplant expenses
Contribute
Campaign extended! Our deadline has passed but you can still help. ✕

No thanks
Help Kerrie with Heart Transplant expenses
✖
Gallery (1) 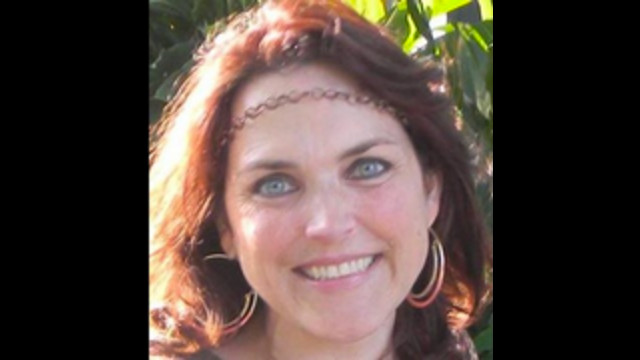 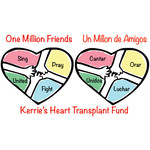 By Kerrie's Heart Transplant Fund
Organization campaign Keep it all
Houston, TX, US

My name is Kerrie De La Cruz and I’m 41 years old, married and have two children.

At age 14, I was diagnosed with a genetic heart condition known as Hypertrophic Cardiomyopathy (HCM) – a disease of the heart where one part of the muscle becomes enlarged or thickened. One fact about HCM, is known as one of the leading causes of sudden cardiac death.

I used to feel dizzy, short of breath, palpitations, chest pains and passing out. By age 18, I still remember the doctor’s words “I’m not sure you will get up next time you collapse” and I was immediately scheduled for open-heart surgery and was able to lead a normal quality life.

At age 24, I did lose my twin brother to sudden death due to HCM. Both of my older siblings have the same condition. And, all of our children need to be monitored periodically.

It wasn’t until 2006 that I develop another condition called Atrial Fibrillation (A. Fib.). I was very symptomatic where turning to the side while sleeping will cause me to be short of breath, walking to the kitchen was a challenge. It seemed I was always dizzy and my artificial implantable defibrillator will constantly send a “shock” to lower my heart rate. The doctors tried about every medicine with no improvement, I had three cardiac ablations and given a prescription for Tikosyn which gave some relief, but to this day I still continue to have A. Fib.

During 2011, my health began to decline. By 2012, I had developed Congestive Heart Failure (CHF) and will retain fluid in my abdomen called ascites. I felt short of breath (SOB), tired and exhausted all the time. Through the previous ablations they had discovered I had some Pulmonary Vein Malformations where I underwent a procedure to coil the malformations perhaps it was collaborating to my CHF but I had no relief. Then later that year it was discovered I had an Anomalous Pulmonary Vein Return (APVR) – another congenital disorder which is a defect in the veins leading from the lungs to the heart, the blood does not take the normal route from the lungs to the heart and out to the body. Instead, the veins from the lungs attach to the heart in abnormal positions and this problem means that oxygenated blood enters or leaks into the wrong chamber. I underwent heart surgery in August, 2013 to correct the APVR and at that time they implanted another defibrillator/pacemaker. Again, no improvement and by December, 2013 it was determined that I needed a heart transplant.

Heart Transplant? Oh, did I cry and at times felt so scared. But, I was able to finally convince myself that if I have fought for so long I can’t give up now. To me it became giving up now or I die trying. I’ve chosen to continue to fight this battle. I will die trying if that is what it takes.

I started the testing required to be placed on the waiting list and they have discovered that I have an elevated amount of antibodies. Houston Methodist Hospital will not be able to perform my transplant because I require an aggressive treatment to eliminate those antibodies. I have been referred and accepted by Cedars-Sinai Medical Center in Los Angeles, California. I will have to relocate to have my treatments and transplant there.

Kerrie's Heart Transplant Fund is managing the funds for this campaign.