No thanks
Help Sue Yaniv for Defamation
SubscribeUnsubscribe
✖
Gallery (3) 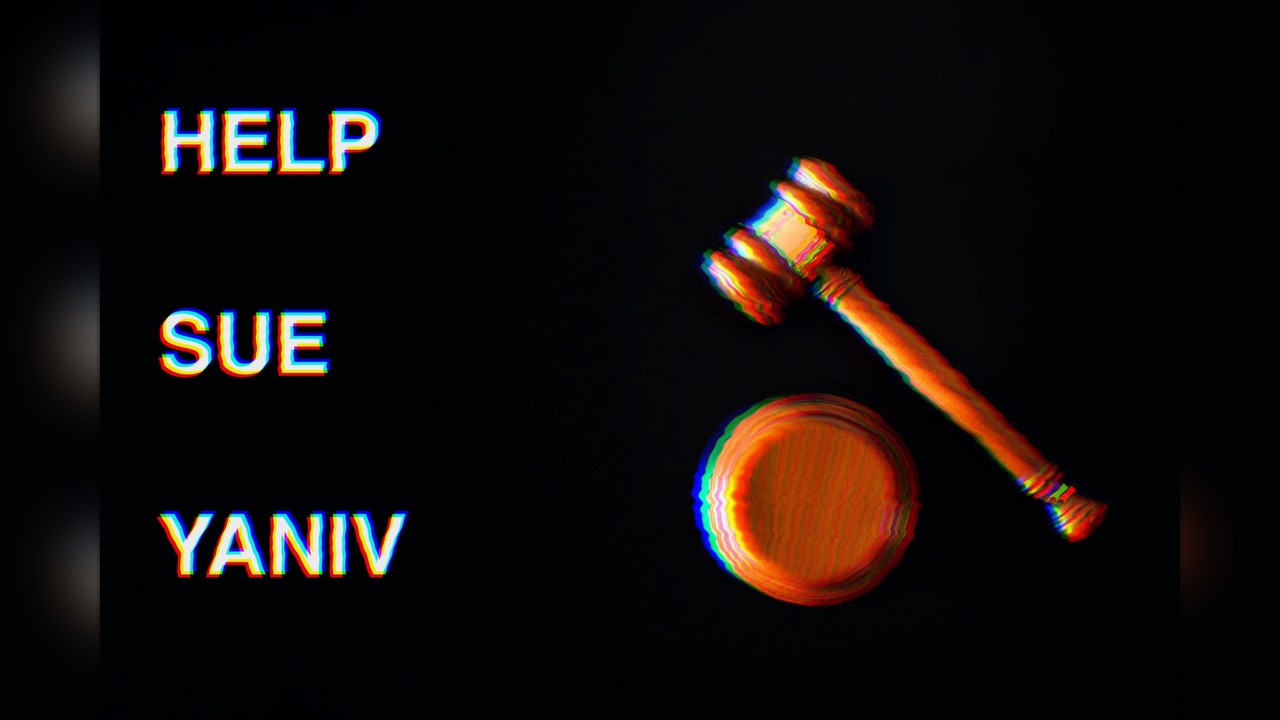 My name is Anna Slatz and I am a freelance writer/journalist. I am establishing this FundRazr with the consent and on behalf of my friend and a great activist for women.

On January 13, 2020, the brave and wonderful Amy Eileen Hamm of GIDYVR was sent by the Post Millennial to report live from the courthouse in Surrey where Jessica Yaniv was being heard on multiple prohibited weapons charges.

During a brief hearing recess, Amy went to the restroom where she saw Jessica Yaniv. She immediately exited the restroom. Yaniv accused Amy of taking photos of Yaniv in the restroom and demanded RCMP search her phone.  The RCMP did so, and found no evidence that Amy had taken any photos.

Amy had been live-texting Twitter user GoinglikeElsie and I in a group chat the entire recess.

That same day, Yaniv violently assaulted Keean Bexte, a journalist with the Rebel Media. The RCMP are currently investigating this assault, which was caught on video.

In wake of the subsequent media blowback following the assault, and in an apparent attempt to have media banned from future court hearings for criminal activity, Yaniv has chosen to defame Amy Eileen Hamm, a young mother and feminist activist.

On January 15, 2020, Yaniv posted to their Twitter that Amy had sexually assaulted Yaniv at the Surrey courthouse. Yaniv contacted the RCMP and demanded an investigation be open into this entirely fabricated sexual assault. 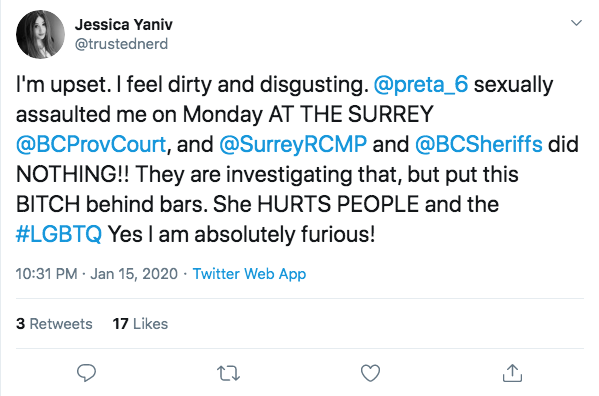 WHY THIS FUNDRAZR IS NEEDED:

On January 16, Amy retained the services of Jay Cameron of the Justice Centre for Constitutional Freedoms to pursue a case of defamation against Jessica Yaniv. Jay Cameron is a lawyer with the JCCF, a pro-bono firm which seeks to defend human rights and dignity in the face of seemingly overwhelming constitutional challenges. In 2019, the JCCF successfully defended four of the racialized women aestheticians Jessica Yaniv had taken to the BC Human Rights Tribunal for declining to wax Yaniv's male genitalia.

Because the JCCF has a specific mandate of focusing on institutional and constitutional cases, Jay Cameron is working independently from the JCCF for this case, with the assistance of another lawyer in British Columbia.

Because Jay Cameron is working at no cost to Amy, he is relying solely on donations to advance this case. This fundraiser has been created with the intention of raising funds specifically to help advance Amy's case of defamation against Jessica Yaniv.

Any remaining funds not used will be donated to the JCCF to assist in their prosecution of other important cases.  One such case the JCCF is presently tackling is Yaniv's persecution of yet another Sikh-owned aesthetic salon who declined to wax Yaniv's male genitals.

Your support is needed! Any kind words of support, love, and kindness for Amy and her legal team are also much appreciated! <3

Anna Slatz is managing the funds for this campaign. The campaign is for a personal cause.