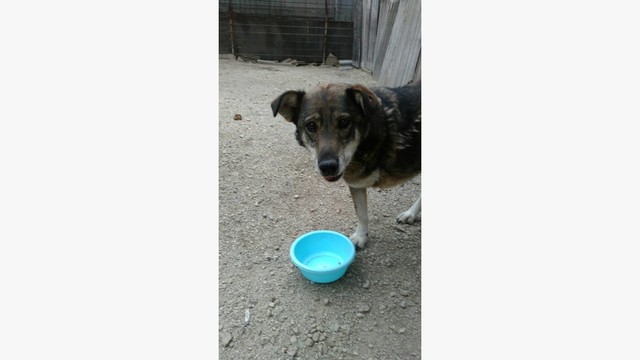 Dalida is a lawyer from Sarajevo who has been involved in protection of animals for more than 15 years and she is one of the  rescuers and activists with most experience in Bosnia. Dalida takes care of 150 rescued dogs and 10 cats and this FundRazr is set up to help them to buy food for dogs and cats that have been saved from horrors of Bosnian streets and pounds.

The most important news of all the time is that Dalida is setting up a real rescue center for all rescues and all of them are going to be placed in new rescue center during  so it is essential to raise enough funds to buy enough food for all animals.

Dalida is even preparing a real rescue center for rescues so there won't be pension fees anymore. It  is very difficult and stressful to take care of so many rescues every day not to mention and that she drives all animals to veterinarians, deal with administration for  animals, prepare animals for transport, take care of sick animals and  try to live a normal life at the same time.
Of course food is essential and the most important thing that must be  provided for saved animals.

The most important thing is to keep Dalida's rescues safe, fed, healthy, off the  streets, and away  from  the illegal dog catchers until they are adopted.
The number of rescued animals is  constantly  changing due to finding homes for them, but the  numbers grow with new  cases of injured, sick or abused dogs.

Dalida must buy food for all animals that are going to be placed in the rescue center and help is needed asap.

If you want to send a donation directly to Dalida, her PayPal account is: eldar.kozlic1@gmail.com
Please just mark that your donation is "food", "pension" or "vet costs".
If  you might be willing to make a monthly donation to support Dalida's  rescues please send an email to: dalida.kozlic1@gmail.com , and we will  assist you in making the arrangements.
Please   help us to  assist Dalida Kozlic, one of the few people in Bosnia who is  attempting  to make a difference for ALL animals in Bosnia. She has  been  fighting  for the protection of animals for over 15 years, and is   instrumental in  the fact that Bosnia actually has an animal welfare  law.
We are actively trying to find homes for as many of her rescues as possible, and if you can help with this, please email her at dalida.kozlic1@gmail.com or via her Facebook Profile: Dalida Kozlic Dalida Kozlic is managing the funds for this campaign. The campaign is for a personal cause.