Thank you everybody. Our campaign is now over. ✕
Let's help with Child
✖
Gallery (2) 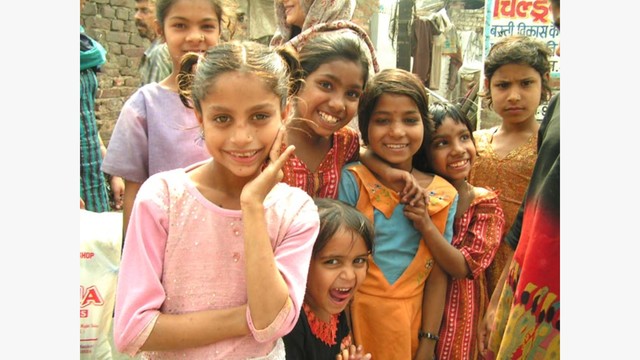 A K hasn't added a story.

In Uttar Pradesh's Bijnor district, thousands of young students are being forced to consume unhygienic water leading to frequent illnesses and diseases.

The State Nutrition Mission whose which is working to make the UP children malnutrition free is facing a major roadblock with this issue as tainted water is one of the major harbingers of malnutrition.

A recent report by the Basic Education Department brought the grave plight of over 13000 students in these 261 primary and upper primary schools to light.

Why no drinking water?

How are the schools dealing with the issue?

Though there aren't any clear cut answers, recognizing that poverty is a global issue and that children all over the world deserve a future is the first step in the right direction. As Dr. Loretta Scott famously said: “We can’t help everyone, but everyone can help someone.”

Many of the street children who have run away from home have done so because they were beaten or sexually abused. Tragically, their homelessness can lead to further abuse through exploitative child labour and prostitution.

Not only does abuse rob runaway children of their material security, but it also leaves them emotionally scarred. Many of the abused children I-India encounters are traumatised and some refuse to speak for months. To aggravate matters, children often feel guilty and blame themselves for their mistreatment. Such damage can take years to recover from in even the most loving of environments; on the streets it may never heal.

Most Indian street children work. In Jaipur, a common job is rag-picking, in which boys and girls as young as 6 years old sift through garbage in order to collect recyclable material. The children usually rise before dawn and carry their heavy load in a large bag over their shoulder. Rag-pickers can be seen alongside pigs and dogs searching through trash heaps on their hands and knees.

Other common jobs are the collecting of firewood, tending to animals, street vending, dyeing, begging, prostitution and domestic labour.

Children that work are not only subject to the strains and hazards of their labour, but are also denied the education or training that could enable them to escape the poverty trap.

Poor health is a chronic problem for street children. Half of all children in India are malnourished, but for street children the proportion is much higher. These children are not only underweight, but their growth has often been stunted; for example, it is very common to mistake a 12 year old for an 8 year old.

Street children live and work amidst trash, animals and open sewers. Not only are they exposed and susceptible to disease, they are also unlikely to be vaccinated or receive medical treatment. Only two in three Indian children have been vaccinated against TB, Diphtheria, Tetanus, Polio and Measles; only one in ten against Hepatitis B. Most street children have not been vaccinated at all. They usually can not afford, and do not trust, doctors or medicines. If they receive any treatment at all it will often be harmful, as with kids whose parents place scalding metal on their bellies as a remedy for persistent stomach pain.

There is much ignorance about reproductive health and many girls suffer needlessly. A girl made infertile by an easily-preventable condition may become unmarryable and so doomed to a life of even greater insecurity and material hardship.

he root causes of poverty are beyond a single NGO’s power to change, but humanofindia believes in helping where it can. Street schools provide some education, as does mainstreaming of children into government schools and offering scholarships to private schools. Vocational training centres are a pragmatic, but powerful, tool to assist children in escaping the poverty trap. Children at these centres learn skills such as jewellery-making and tailoring which can prove more valuable to them than additional formal schooling. The money children earn at the centres alleviates some of their poverty, and encourages the child and his/her parents to choose vocational training over child labour.humanofindia has also been active in promoting Child Rights.


A  street child in  India is someone "for whom the street (in the widest sense of the word, including unoccupied dwellings, wasteland, etc.) has become his or her habitual abode and/or source of livelihood; and who is inadequately protected, supervised, or directed by responsible adults”.

It is estimated that more than 400,000 street children in India exist.Mainly because of family conflict, they come to live on the streets and take on the full responsibilities of caring for themselves, including working to provide for and protecting themselves. Though street children do sometimes band together for greater security, they are often exploited by employers and the police

I noticed that fewer students had access to a computer after school. The sluggish economy forced many families to prioritize their money and use it for more pressing needs. They needed food. They need to pay their mortgage on their rent. Some of them lost their crops due to rainfall and no rain. I feared that many of these students would get left behind.

So I will buy a bus, filled it with computer and buy technology to the kids. I have computer lab, I have provided free, computer-based tutoring for some of students since 2012. I determined to help poor children get the same educational opportunities as other children.

The computers are loaded with educational software, providing interactive exercises that reinforce state-mandated curricula. Children receive their own account login and password, allowing them to continue their work from anywhere they can access the Internet. Users can only advance to the next level in a subject once they reach 90% proficiency in the current one, and the software allows I will track their progress. On the bus, adults can receive online banking tutorials, resume assistance and help searching for jobs and affordable business knowledge.

"I don't think about what I'm not able to do or not going to be able to do, "I plan for the things that I think I'm going to do, need to do and want to do. And I think most of them are going to happen.

A K hasn't posted any updates yet.
Newest | Oldest
Show more
NEW Thank you emails can now be sent directly from the Transactions page.
Alternatively you can still leave a comment here.

A K is managing the funds for this campaign. The campaign is for a personal cause.