No thanks
Hair Today...Gone Tomorrow!
✖
Gallery (1) 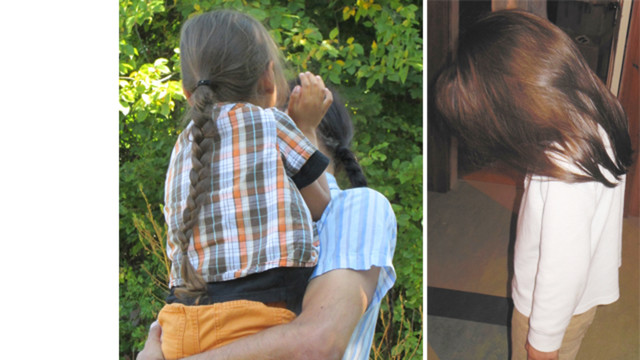 If you care about freedom of religious expression, protecting children from emotional trauma, social justice, or father's rights, please support me by contributing whatever amount you can to this cause.

My seven-year-old son has been growing long hair since birth. Until recently, he kept a long braid, in the Native American tradition, as a source of pride and strength. For some American Indians, like my son and me, long hair is an outward symbol of faith; our connection to everything past and present, and to the physical and spiritual worlds. I have worn my hair long all my life, knowing that the only reason to cut it would be because of the death of a very close loved one, to symbolize my loss of strength and allow me to recover while it grew out back to its long length.

Recently, my son's mother (with whom I share 50/50 legal and physical custody) decided on her own to cut off over a foot's length of hair against his wishes and mine, despite knowing our views. Because of the way she cut it, my son's hair can no longer be worn in a traditional braid. My son now feels as though he has lost a part of himself and has told people that he "does not like himself as much as he used to." I am trying to teach him our indigenous culture, through words, but because he is still so young, I must rely on the adults around him, and my own role-modeling, to help him build his sense of Native American identity.

I filed a motion against his mother in our county courthouse to try and stop her from cutting any more of his hair. My case was based on the fact that “religious training” is considered a "major decision" in our parenting plan, so keeping my son's long hair is part of his religious training. Unfortunately, the judge decided that because "cutting hair" was not specifically mentioned in our parenting plan (although this was not my argument), the child's mother did not willfully violate the terms of a court order. This is as good as giving her permission to do it again, not to mention a discriminatory dismissal of Native American religious practice.

The New Hampshire family courts currently do not recognize that the keeping of a braid is an exercise of religion by Native Americans, despite established case law (see below). To protect my son from further emotional harm and to preserve his right to practice his beliefs, this coming May 2016, I have a court hearing to establish that the cutting of a Native American child's hair should be treated as a "Major Decision" by the family courts. The cultural beliefs of American Indians should be recognized and afforded the same protections as the tenets of other more established faiths — for example, the wearing of a yarmulke and sidelocks for Jewish man, or wearing hijabs for Muslim women, or performing baptism for Christians, or wearing long hair by Sikh men.

This case may go to the NH Supreme Court and set legal precedent, but I can't get there without your support! The ACLU will not take cases involving family court matters. (And four years within the family court system have bled me of resources.) All donations will go to pay for legal fees.

If you cannot help financially, please contact me about being an “expert witness” on these matters.


Below is a video of my son (in blue jeans) playing with other Native American children before his braid was cut off. He now asks, "When will my hair regrow?", but I cannot promise that it won't be cut again...

W Fox Tree is managing the funds for this campaign. The campaign is for a personal cause.