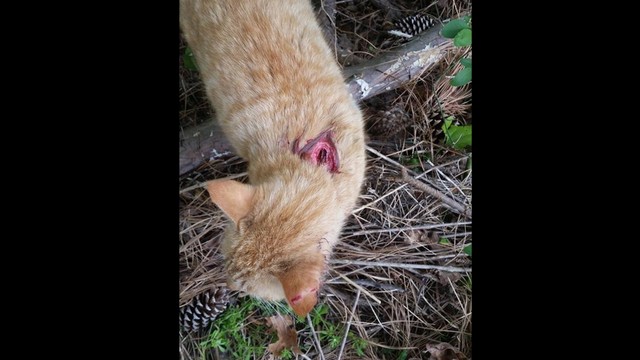 Murray County Humane Society is like most other rescues.  Always low of funds & help.  But we try to help as many as we can.  We received a call yesterday about an injured momma cat with young kittens.  Not sure exactly what caused the injury, but it was obvious that she needed medical attention immediately.

So what do we do?  We get busy on the phone trying to find someone to be able to get this injured momma & her babies.  Most volunteers were already busy with other prior commitments in rescue.  But we were lucky enough to get this momma & babies safely picked up & transported to vet for evaluation of her injury.

The vet stated he could not give the exact cause of her injury other than it looked to be caused by blunt force trauma.  He immediately started to work on her.  Cleaning the wound & beginning to stitch her back up.  Her ear had a gash that had to have stitches.  Her open wound had bone exposed & muscle had to be reattached.  But he thinks that she will heal well.

She was reunited with her babies late last night and now on the road to recovery.  We have no idea what her story is other than she had made a den in a backyard where she tended to her babies.  Somehow she was badly injured enough to need surgery.  We do know that her future will be alot better now.

That being said, we now have a vet bill for this emergency surgery.  Not a second thought was given when asked about helping this injured momma.  But we do need your help in paying for her bill.  Can you help us?  Will you be willing to spare a little to help?  No donation is ever too small.

**any money raised over the cost of her surgery will be used to help another animal in need. 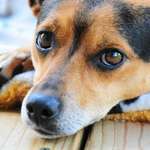 Murray County Humane Society is managing the funds for this campaign.