Thank you everybody. Our campaign is now over. ✕
Help Prevent the Bankruptcy of Our Nation!
✖
Gallery (11) 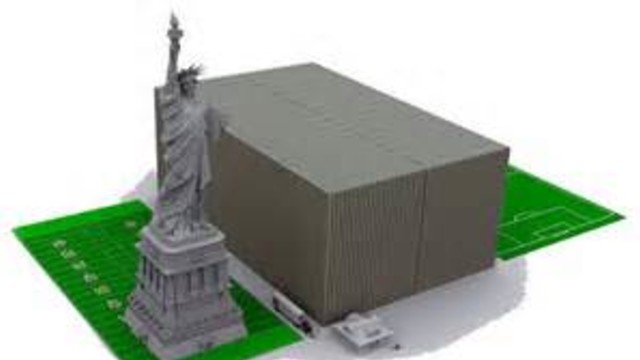 Since 2009, the U.S. Government has borrowed more than $1 trillion each year, pushing the national debt from $10 to $18 trillion ($154,000 per tax-payer) in the span of just six years. That’s more debt than our government accumulated in its first 200 years combined!

The 2014 budget deal which increased the national debt over $1 trillion from $16.7 to $17.8 trillion, proved that Congress has no intention of curtailing its deficit spending addiction.

The official government claim that the 2014 budget deficit was less than $500 billion flies in the face of the true deficit which was actually $1.1 trillion. This calls into question the highly suspect government claim that the deficits in 2015 & 2016 will be $580 and $470 billion respectively. If the last six years are any indicator, the trillion-dollar-a-year deficit spending will continue unabated.

The reckless spending by Congress over the last six years has put us in a financial situation so dire that foreign creditors like China & Japan have refused to loan us any significant amount over the last few years. The financial mess in Washington has its origins in the mid-1990s when Congress began to raid government trust funds in order to bank-roll its yearly deficits.

From the 1990s until 2010, Congress looted trillions from Social Security ($2.7 trillion), the Civil Service Retirement Fund ($839 billion), and the Military Retirement-Medical Fund ($757 billion) along with many others to the tune of $5 trillion total! Once the trust funds were wiped out (in 2010), Congress turned to the FED and forced it to print $2 trillion in electronic currency to help fund its deficits over the last four years.

History has taught us the printing of currency to pay for its government is the last act of a desperate nation. No wonder nobody wants to loan us any money.

And while our government has proven very creative in finding new sources to fund its deficit spending, interest on the debt will eclipse $1 trillion a year by 2020, soaring to consume nearly 33% of all federal tax revenues. At that point, it will only be a matter of time until we experience a severe economic melt-down.

The only way to prevent this dooms-day scenario is to put constitutional limits on what Congress is allowed to borrow via a balanced budget amendment.

The only method by which to do so lies in Article V of the U.S. Constitution which empowers Congress (on a two-thirds vote of both Houses) or the States (upon the application of two-thirds of the State legislatures to call a convention), to propose amendments which must be ratified by three-quarters of the States.

Congress has proposed all 27 amendments to the U.S. Constitution, while the States have never mustered the two-thirds necessary to call a convention to propose an amendment.

Fortunately, 26 States have already applied for a convention to propose a balanced budget amendment, and we have legislative sponsors in the 8 remaining States. With your help, we can reach our goal of 34 States by July 4th, 2016!

Scott Rogers is managing the funds for this campaign. The campaign is for a personal cause.