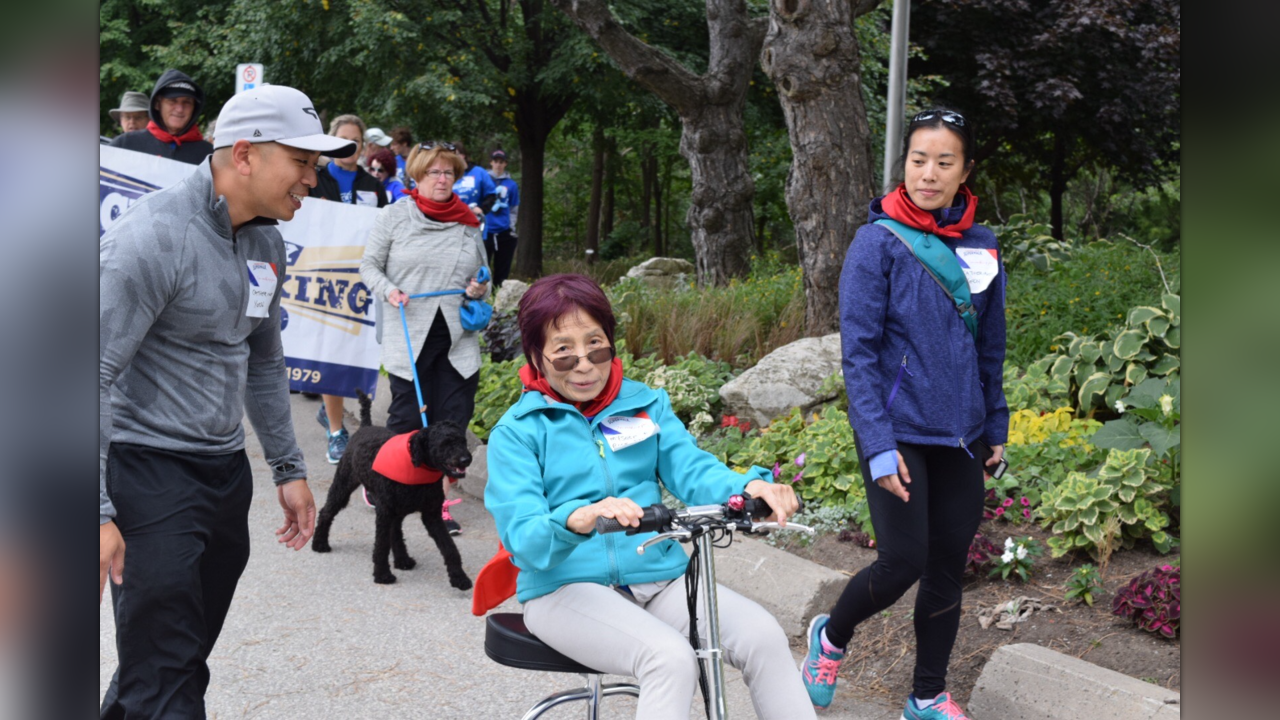 The funny thing is, what first starts out as something professional, quickly became more of a personal fight. You see, I know all about personal fights (and I am not just saying that because of my professional boxing experience either). My son who is almost a legal adult has been living with severe Hemophilia B (a blood disorder with no cure) his whole life.

Like most people with PD, he was diagnosed unexpectedly and with no prior family history of Hemophilia. Raising him as a sole parent, through many medical hurdles and challenges, for the last 17 years, has often been a fight to keep our heads above water. This included 8 years in a drug trial (which thankfully has had major successes) which seemed like we often lived at the Toronto Sick Children's hospital.

So personally I understand the struggles that come with living with a family member who needs medical support, with a medical condition that can impact how they live, day in, and day out.

I never thought of it that way when I first began coaching people with PD.  But it soon became clear to me, I am in their corner every step of the way, during their lifelong fight with their opponent, Parkinson’s. Even though I watch people with PD struggle on and off with their motor and neurological function, the beautiful thing about the Rock Steady Boxing program is that it does help them fight back!  I have also watched as the program has provided support, tough love and helped reverse the disease so that members don’t have to see their Neurologist as much and live with a better quality of life.  This is while researchers work on a cure. This is what Peter Sinclair of RSB TE has to say about the program.

“I was diagnosed with Parkinson's Disease in 2016. Since my diagnosis and joining your Rock Steady Boxing Toronto East program in 2018 my neurologist had been telling me I needed to exercise to the point of "Sweating" to help slow the progression of the disease.

By following your direction Coach Lita and that of Coach Fiona along with the support of the people in Rock Steady who share my journey I believed I was making progress.

My Neurologists told me at my last appointment that with the combination of taking my medication and taking part in the Rock Steady program that I was doing very well. So much so that another doctor examining me would probably not make the diagnosis of Parkinson's Disease.

Coach Lita and Coach Fiona thank you for making me "Sweat" so I can carry on and be the best I can be.”

There is no cure. When people with PD get diagnosed, they are given some pamphlets, towards resources and support groups. Yet, no REAL ACTION PLAN on living a quality life, with a neurological progressive disease. This also includes how they can travel and enjoy life.

Seeing the ins and outs of my clients living with PD, they began to be more like family.  And I began to be inspired to want to do something deeper to help their quality of life.  I wanted to create a place that they can come to where it’s more than just a place for fitness, but also a place that provides a sense of healing, wholeness, fun, and warmth. While still feeling supported with their Parkinson’s while on vacation.  Enter, Button Adventures Fitness and Farm retreats in the province of Newfoundland and Labrador.  This is a fundraising campaign to get going with the start up costs of the barn, and full size gym.  In addition to helping the health of the elderly, and youth that already live on this island.  You see, the life expectancy of people in Newfoundland, is three years sooner, compared to people living on the mainland.  The biggest health discrepancies in Newfoundland are in the youth and the elderly.

I just recently met up with another boxing coach, who wants to help the rural community of Carbonear, and surrounding area through the sport of boxing.  I am completely on board for a team effort.  Putting this fundraising campaign out there to help share, and bring attention to the issues.

With the goal of building a building that will honour Catherine Yeoh.  A very dear Rock Steady Boxing Toronto East member that passed away in February of 2021.  Catherine Yeoh had the fighting sprite, heart, and gusto of a world champion!

And for those of you wondering. We are still fighting back virtually with Rock Steady Boxing TE Zoom classes, Monday to Friday. You can find information here. And those who would like to know more about attending our retreats.  We will be beginning Button Adventure fitness, and farm retreats on a more intimate scale as of June, 2022.   This is to begin getting the ball rolling while the FULL BARN and GYM are being built.   You can connect with  Button Adventures on Facebook to send a message for more information.

Thank you so much for taking the time to read, donate, and share.  We really appreciate it and are SUPER EXCITED to share our progress over the next 6 months and BEYOND!

Lita Button is managing the funds for this campaign. The campaign is for a personal cause.