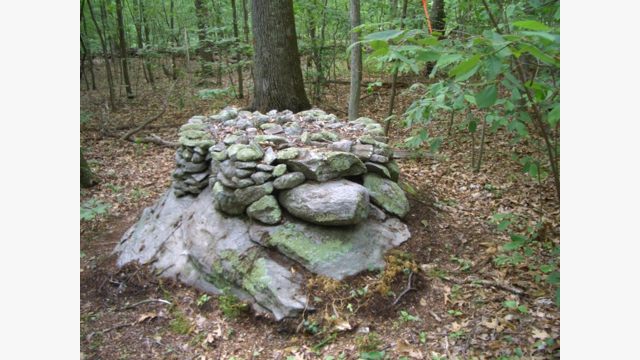 Native American Tribes along the east coast of North America used stones as part of their religious and cultural ceremonies, and some of them are now being destroyed for gas pipeline projects. The Federal Energy Regulatory Commission (FERC) is supposed to ensure these ceremonial stone landscapes are studied before it licenses projects, but doesn’t. Instead, FERC regularly violates the National Historic Preservation Act by delaying the review of these features until it is too late to avoid them. When the Narragansett Indian Tribal Historic Preservation Office (NITHPO) learned that one third of the 73 identified ceremonial stones in Sandisfield, Massachusetts would be taken apart, it decided to challenge FERC’s order. NITHPO now needs your help to bring the case to the U.S. Circuit Court of Appeals. Climate Action Now is supporting NITHPO’s efforts, and the focus of its campaign is to raise funds for legal expenses, such as an attorney and court fees. Please share this page with your network to help us raise awareness and funds.

What are Ceremonial Stone Landscapes?

A Ceremonial Stone Landscape is an area in which stones and other features have been consciously positioned by Native Americans for variety of reasons, such as marking astronomical cycles, deaths, or other significant events. Tribes have different beliefs about the meaning of these stone features, and interact with them in a culturally appropriate manner.

Doug Harris, the Deputy Tribal Historic Preservation Officer for the Narragansett Indians, believes that some of these stones are physical manifestations of prayers to Mother Earth, calling for balance and harmony in places where traumatic events took place. In essence, they are living prayers in stone, and should not be altered. According to Mr. Harris, when the stones are disassembled and reassembled, “Then what you have is an artistic replica of something that was spiritual. Once you remove the stones, the spiritual content is broken.”

For the past fifteen years, NITHPO has been working with other tribes and federal agencies to promote the significance of Ceremonial Stone Landscapes, and has been leading efforts to preserve them. For example, NITHPO advocated for the protection of stone features in Turners Falls from the impacts of an airport expansion project, and as a result, the site and a twenty-mile radius was determined eligible for listing on the National Register of Historic Places in December 2008. More recently, NITHPO has been working with FERC to preserve ceremonial stone landscapes that are located in or near the proposed routes of interstate gas pipelines. These efforts join a centuries-long line of positive actions to defend the prayers in stone.

The Connecticut Expansion Project is an $87 million pipeline proposed by Tennessee Gas Pipeline Company, a subsidiary of Kinder Morgan. The project includes three “loops” of new pipeline that will be constructed next to an existing pipeline, with approximately one mile in New York, four miles in Massachusetts, and eight miles in Connecticut. The loop in Sandisfield, Massachusetts goes through a portion of Otis State Forest, which was taken by Tennessee Gas Pipeline Company through eminent domain, even though the forest is protected under the State’s constitution.

Native Americans have occupied the Sandisfield area for thousands of years. After the Europeans arrived, Native people lived alongside colonists, and also married them in order to preserve the sacred landscapes. The stones remained, untouched, until now. In 2016 the pipeline route was surveyed by a team representing four federally recognized Tribes - the Narragansett, the Wampanoag of Gayhead-Aquinnah, the Pequot, and the Mohegan - and 73 ceremonial stone features were identified in Sandisfield. However, FERC had already approved the route and the pipeline company had already taken the land through eminent domain, so FERC decided that it was too late to avoid one-third of them. At that point NITHPO realized that the process required under the National Historic Preservation Act was not working as intended, and retained Anne Marie Garti, who led the successful fight to stop the Constitution Pipeline, as counsel.

On April 9, 2017, NITHPO moved for party status in the FERC permitting process and opposed the start of construction a few days later. On May 10, 2017, NITHPO requested a rehearing of FERC’s order that authorized construction. FERC must issue a final order on the request for rehearing before NITHPO can petition a Court of Appeals to review the validity of FERC’s order.

The goals of this appellate review are to clarify and enforce federal law, namely the National Historic Preservation Act, FERC’s consultation requirements, and FERC’s fiduciary duty to Tribal Nations. While NITHPO cannot reveal its legal strategy to others, its motion to intervene and request for rehearing explain the legal issues in detail. (Links are provided below.) The U.S. Court of Appeals will issue an order that will be binding on FERC after reading the parties’ briefs and questioning their counsel in oral arguments. If NITHPO prevails on some or all of its claims, then FERC will have to comply with the court’s holdings in future pipeline projects.

NITHPO’s Answer in Opposition to the Requests for a Notice to Proceed with Construction
http://elibrary.ferc.gov/idmws/file_list.asp?accession_num=20170412-5079

The ongoing threat from pipelines & FERC

Gas and oil pipelines are being proposed and built across the United States. Strict enforcement of the National Historic Preservation Act is needed to ensure the protection of our historic and cultural resources, including those that are significant to Native American Tribes.

Climate Action Now is a grassroots community group. Creative Thought and Action is their fiscal sponsor and is a 501c3 organization, which means any donations made to this campaign are tax deductible. If you prefer to send a check, please make it out to 'Creative Thought and Action,' write 'CSL' in the memo line, and mail to Rene Theberge, 77 Prospect St., Northampton, MA 01060. All funds collected from this campaign exclusively support the protection of the ceremonial stone landscape. 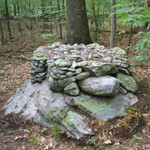 Climate Action Now - Western Mass is managing the funds for this campaign.