No thanks
The Helping Hand Benefit
✖
Gallery (30) 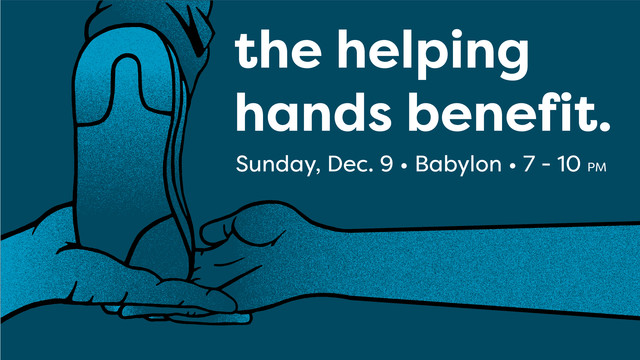 Hello!
My name is Luigi C. Saracino and my sister and I, Rosanna Saracino, are organizing an event called "The Helping Hand Benefit", taking place Dec.9 at Babylon nightclub in Ottawa.

The benefit will also contain a "silent auction" element, where we will auction off donations from local vendors and suppliers.

This benefit is for my parents. In 2001 my father suffered a terrible accident, a 28 ft fall, which nearly cost his life. In the wake of that accident, he sustained a traumatic brain injury, spinal fractures and trauma. However, the brain injury proved to be more significant than had been diagnosed, and during his healing, he emptied the entirety of their family savings, and also ran up a significant six-figure debt, unbeknownst to myself, my mother, and my sister, at the time.

In recent years, his condition worsened to the point of needing to be placed in a long term care facility, which is costing the family further. At this time, there is an impending and urgent debt repayment of $22 500, which we are hoping to generate from this fundraiser. After 18 years of repaying a few hundreds of thousands of dollars of debt accrued by him after the brain injury, subsequent brain strokes, and mental impairment. Bi-polar disease has also played a significant role in my father's, and our, lives. We feel that this story contains important elements that we are only now discussing openly and honestly as a society.

We are hoping to bring some respite to our mother, and our family. Reaching out to our community has allowed us the first steps in our journey, and we hope you will join us as we make our way to our goal!

There will be several ways to donate, not the least of which will be this page, or even by contacting me (luigisaracino451@hotmail.com), or my sister (rosanna.saracino@gmail.com) directly via email!

We are hoping to generate as much attention for this cause as possible, and we hope you can join us in supporting this cause.

Thank you for your time, kindness, and consideration!
Warmest regards,
Luigi Saracino

Activity highlights See all80
NEW Thank you emails can now be sent directly from the Transactions page.
Alternatively you can still leave a comment here.

Luigi Saracino hasn't posted any updates yet.
Newest | Oldest
Show more
NEW Thank you emails can now be sent directly from the Transactions page.
Alternatively you can still leave a comment here.

Luigi Saracino is managing the funds for this campaign. The campaign is for a personal cause.