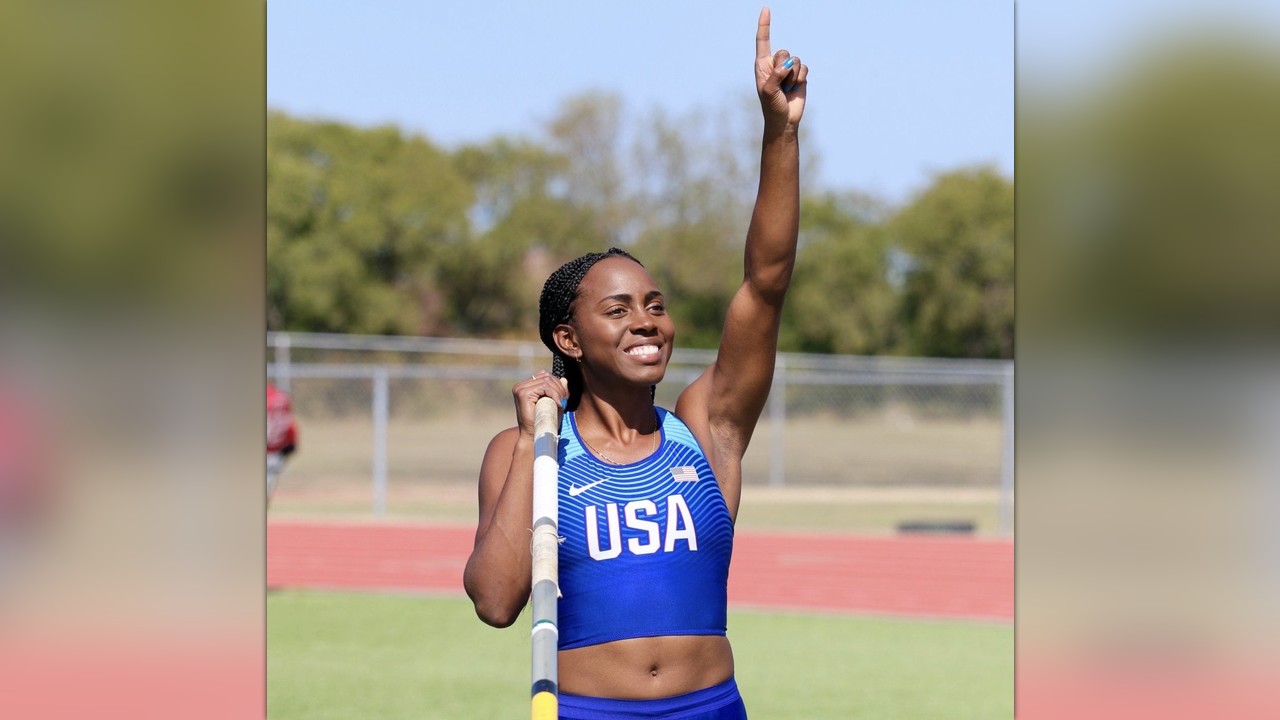 Daylis Caballero Vega is trying to pursue being an Olympian again as a pole vaulter! As one of her coaches and biggest fans, we want to help make this dream a reality!
For those that don't know her story, she was a 2012 Cuban Olympian and defected to the USA in order to have a better life. During the 2013 Drake Relays, she defected while representing Cuba and spent the following years finding her place in America. She traveled across the country with help from many people! Eventually she settled in Texas and realized she still had the ability to pole vault at an elite level again. Daylis began seriously training a little over a year ago with the Texas Express Track and Field Club. In April, she officially became a citizen of the USA and then went through the process to change allegiance to officially represent Team USA oversees due to her previous Cuban National Team success. In mid July, Daylis received clearance from the IAAF and was ready to fight for high bars at nationals. On the car ride to nationals, which was held at Drake Stadium, she told more of her defection story to us and we found the hotel where the defection happened. It was an emotional experience reliving this major milestone that when she stepped on to the runway at the Toyota USA Outdoor Championships as a woman on a mission. First bar, 4.40 m, first attempt clearance. Second bar at 4.55 m to tie her PR, first attempt make! Then, the 4.60, 15'1", bar...first attempt clearance! This was a new lifetime PR and earned her 5th place! To be able to return to the same venue where the last time she wore the Cuban uniform and now competed for a chance to represent her new country was a remarkable, life changing experience for all of us. Then to find out a few days later, she did earn an opportunity to represent Team USA vs Europe at "The Match" in Minsk, Belarus!
This past year, Daylis has improved immensely, started at 4.20 m consistently, to a lifetime PR of 4.60 m! What she has realized, is that in order to make her Olympic dream come true, she needs help to support travel and training costs. She’s currently working full time in the Dallas Independent School District as a teacher's aide and is studying to take the TOEFL as her next step in earning a teaching license. Daylis’ dream is to become a bilingual elementary school teacher. It's crazy to imagine what she is capable of doing by training properly to improve runway speed and dialing in her nutrition. Please consider donating to help make Daylis’ dream of an Olympian again, this time for the great United States of America! Thank you in advance for anything you can spare to help make her dream come true!
*Photo from The Match in Minsk, Belarus by Alexander Shelegov*
Activity highlights See all20
NEW Thank you emails can now be sent directly from the Transactions page.
Alternatively you can still leave a comment here.

Jen Fore hasn't posted any updates yet.
Newest | Oldest
Show more
NEW Thank you emails can now be sent directly from the Transactions page.
Alternatively you can still leave a comment here.

Jen Fore is managing the funds for this campaign. The campaign is for a personal cause.