Thank you everybody. Our campaign is now over. ✕
Michael's Chance to go to Canada's National Ballet
✖
Gallery (8) 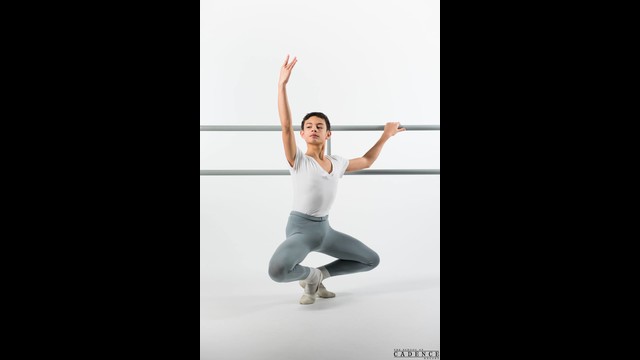 My son Michael is 14yrs old.  He has been dancing since he was 4yrs old in various dance styles with his favorite being tap, 3yrs old he decided he wanted to concentrate more on ballet which he would have to change schools to accomidate his intense dance training, he started in grade 6 going to a school which has a program called high performance athletes which dancers, swimmers, hockey players, etc attend he goes to school 1/2 day and trains the other 1/2 which he is currently training 20+ hours a week not including rehersals for performances and competitions.  Last summer was his 1st time auditioning for summer intensive around the world he was accepted into Royal London Ballet (UK), Royal Winnipeg Ballet (on summer bursary) and Bolshoi (in the USA for thier 4 week program)

This summer he also auditioned for a few places and was accepted into Bolshoi (early acceptance), Alberta Ballet (scholarship but due to accomidation fees and flights to and from Toronto is too expensive) and also accepted into Canada's National Ballet School.  He would like to attend Canada's National Ballet School as its here in Toronto its a 4 week program it is also the 2nd step into auditioning for thier full time program.

The money raised would go to the cost of this tuition (which total is $2214) to attend for the summer, any donatition is greatly appreciated and nothing is to small.  We would also appreciate if your able to share with your family and friends.

Again thank you for your help and support

Robyn Moreno hasn't posted any updates yet.
Newest | Oldest
Show more
NEW Thank you emails can now be sent directly from the Transactions page.
Alternatively you can still leave a comment here.

$5 CAD
Thank you letter and update
With a min $5 donation Michael will send a thank you letter as well as an update in how the summer intensive went
More ... Less ...
Recent contributions
Show more
View Browse Add Hide comments Comments ✕

Robyn Moreno is managing the funds for this campaign. The campaign is for a personal cause.