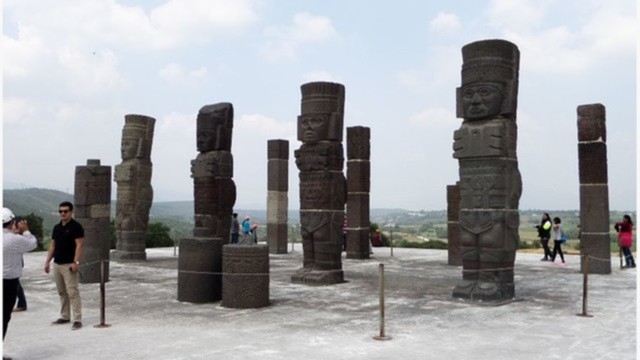 Many thanks to those who helped with this.

Please follow the instructions to get to the Tula Giants page after you donate.  It might take me a day to get to it but usually I find the donations quickly and grant access quickly.

There were problems with the first and second page, so this is the third, with new security settings. People have donated quite a bit to this already but that is not showing because you can't set a starting amount.  I am currently working with Fundrazr to solve the problems with the original page.

This page is for the Tula Giants report.  It will probably really make a few people think.  I usually get people who donate access to this in a few hours or less, but allow up to 24 hours.

When you donate, within 24 hours you can access the online version of the Tula Giants conspiracy files by copying this link http://www.jimstone.is/tula/aaaa.html

and pasting it into your browser.  If it lights up blue above you can click it.

When the page opens, replace the 4 a's in the address bar with the first letter of your first name and the first three letters of your last name as they show in your Paypal account in all lower case. This method is being used this time to prevent intercepted messages from stopping people from getting to the files. I will simply use those four letters of your name to give you access. There will also be a DVD with a lot of video on it available soon, but I am having problems getting that done on time for the donation request. It will probably be ready by the end of the first week of October.

The Tula Giants files clearly show an advanced civilization existed in Mexico after the Mayas and before the Aztecs. This civilization was the Toltec civilization. The Tula Giants are large stone carvings which represent 4 noble Toltec warriors. The carvings (possibly) include 2 known weapons (a bow and arrow and a knife) though I somewhat have my doubts, and in the right hand these stone warriors appear to be holding a third weapon which can only be fired straight forward like a modern fire arm. One explanation from the site representatives (who far from unanimously agree) is that it is a purse in the warrior's right hands, but due to the shape and dimensions I see that as laughable. Of note is that the official state explanation for the weapons they are carrying is a knife, and bow (in the left hand) and "other unidentified weapons," which leaves only what is in the right hand as a possibility for a third "unidentified weapon". So make of it what you will, the Tula Giants definitely fit in the realm of hidden history, which is why they made the cut for the Conspiracy files.

MY FINAL STAND ON THE MYSTERY OF THE TULA GIANTS. To play it safe, I will not confirm that is a weapon in their right hands. But to be very clear: I will flatly state I do not believe it is a purse, I think even the thought of it being a purse is laughable.

The actual archaeological site is amazing.  Make of it what you will.

Jim Stone is managing the funds for this campaign. The campaign is for a personal cause.