No thanks
The St Buryan Sessions
✖
Gallery (13) 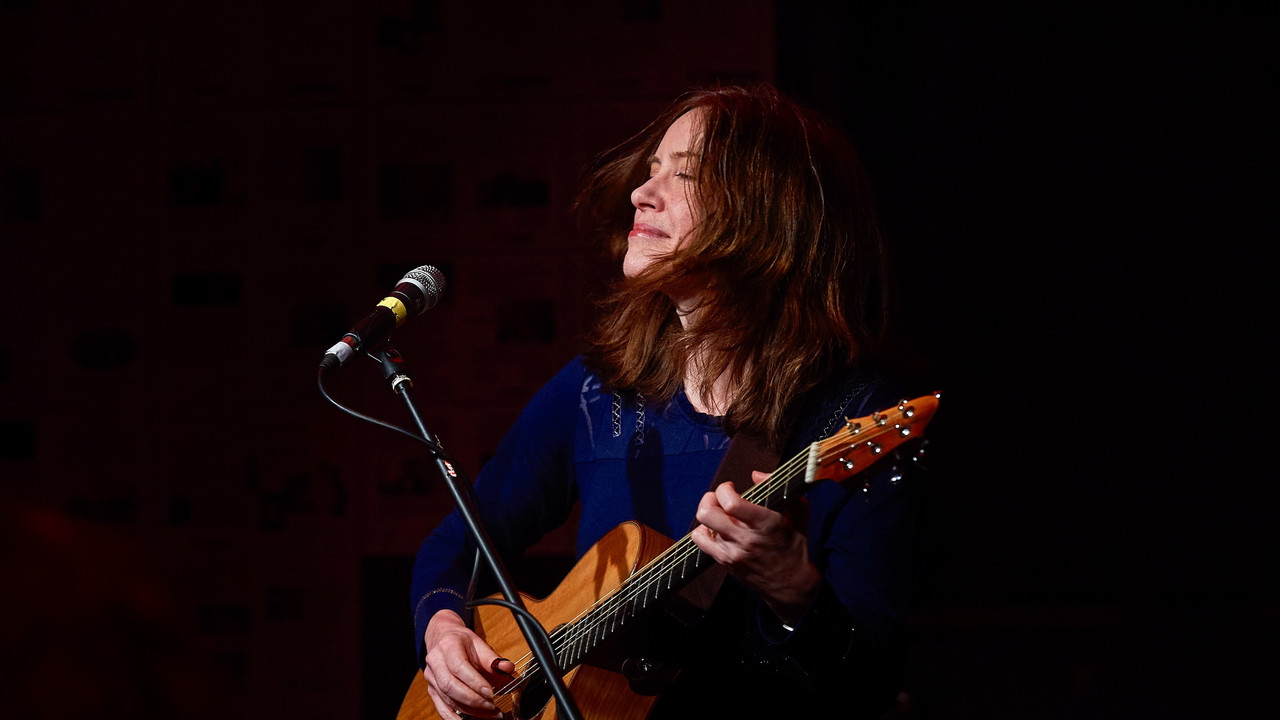 Photo © Joerg Detering. Thanks so much to Jörg for taking this fantastic photo in March at the Alte Molkerei in Bocholt – one of the last gigs I did before the rest of my spring tour was cancelled – and for his kind permission to use it.

UPDATE, 3 July 2020: Thanks to all the lovely people who’ve contributed, this campaign has met its goal ahead of the deadline, and we’ve been able to do the recording and filming for The St Buryan Sessions — see photos of the process here. There’s still a lot more to do and more funds to raise to get us to the finished album and feature-length film, so I’m leaving the campaign open for anyone who’d like to contribute further. It’s a great feeling to have the raw material ”in the can,” though, and I’m so grateful to everyone who’s helped to make it possible. Thank you all from the bottom of my heart.

I’m Sarah McQuaid — see the links below my signature for more info about what I do — and I’m asking for your help, but ONLY if you’re able and happy to give it. So many of us are struggling right now, and I know that there are a lot of competing demands for everyone’s generosity.

First of all, let me count my blessings. I’ve still got my health, so far. I’ve got my family around me, we’ve got a roof over our heads, and we’re surrounded by woods and fields where we can go for walks without getting into a car or meeting anyone else. We are fortunate.

But ... I’m feeling blindsided. I’ve been a full time musician for over twelve years, and it was starting to seem like I was getting somewhere. I really thought that at the end of my 49-show spring tour I’d be able to pay off a big chunk of the debt that I’ve been building along with my career. Now 39 of those shows have been cancelled, and it could be a long, long time before things get back to the way they were.

It’s not just the money worries that are getting to me; it’s the loss of the magic that happens when a bunch of people are in a room enjoying music together, whether they’re listening to a concert or taking part in a singaround, session or choir practice. I miss that magic so much.

And I need to find a way to stay in contact with you — my friends and supporters — while I’m off the road due to the current situation. Live-streaming isn’t a solution for me; I’d never be satisfied with the technical quality, and more importantly, I don’t feel that the magic would be there. So here’s an idea:

If, as seems likely, lockdown restrictions start to be eased well before concerts become possible, I could move forward with a video/recording project that’s been on my mind for a while now: The St Buryan Sessions.

Nearly all my songs have changed and developed over the years since I first wrote and recorded them, and there are a couple of songs I’ve been performing live but never put on an album. I also feel that my recent concerts have reached a new level of energy and intensity that I’d really like to capture.

For the same dozen years that I’ve been making music for a living, I’ve been living just outside the village of St Buryan, which takes its name from St Buriana, an Irish princess who came to Cornwall in the 6th century and established a hermitage here. In 1966 (the year I was born, as it happens), the great Cornish singer Brenda Wootton founded the Pipers Folk Club in St Buryan Village Hall; among its regulars were Michael Chapman, who produced my most recent album If We Dig Any Deeper It Could Get Dangerous, as well as Ralph McTell, Martin Carthy and many equally illustrious others.

While the folk club was long gone by the time I moved here, it’s been my joy and privilege to be a member of the choir of St Buryan’s lovely old church, parts of which date back to the 11th century, and also of the Pipers Choir, a community choir that, like the folk club, takes its name from The Pipers, a pair of standing stones just south of the village, which according to local legend were musicians turned to stone for playing on the Sabbath.

I feel so lucky to have made my home in a place with such an incredible musical and historical legacy, and would love to be able to give something back. I also believe that by filming and recording in a beautiful, inspiring space like St Buryan Church, and by keeping the format as close as possible to a live concert (solo, no overdubs, no comps, no endless retakes), I can recreate the energy, focus and presence of a live gig in a quality production that will stand the test of time.

I’ve received kind permission from Canon Vanda Perrett, rector of the Land’s End Benefice, to film and record in the church when social distancing rules permit, and from the St Buryan Male Voice Choir to use the grand piano in the church, which belongs to them.

Mawgan Lewis, who made a gorgeous video of my song “The Tug Of The Moon” and documentary about the making of my last album, will be doing the filming, with assistance from Eden Sessions veteran John Crooks; and my longtime manager and sound engineer Martin Stansbury will be doing the recording.

The material will be released initially as a series of videos to be rolled out one by one over the coming year, and ultimately as a full-length album to be launched, when all this is behind us, with a benefit concert for, and in, the church. I’d also like to donate a percentage of album sales to the church restoration fund; it’s such a magnificent old building, and needs to be preserved and maintained.

I’m really, really excited about this project. I think both the videos and the album have the potential to surpass, in quality, power and intimacy, anything I’ve done before. But I do need your help to make it happen.

I did apply to Help Musicians UK for additional funding for the project, but sadly my application wasn’t successful, so I’ve raised my original FundRazr goal of £4,000 to £5,000, and extended the deadline to 30 June.

Anyone who donates at least £15 will receive a free copy of the album (postage included) when it’s eventually released.

You might be struggling as much as or more than I am, or you might have already committed everything you can spare to other artists or to charities that are saving lives. But if you do feel able to contribute, I would be infinitely grateful. I want to be able to get started on the filming and recording as soon as it becomes permissible, so that I can pay these talented pros for their work, put some much needed cash in their pockets and get some new music out there.

This FundRazr campaign is purely to cover the costs of making the videos and album, but I’ll need money to live on as well, so if you can also make a pledge to my Patreon campaign, that would be amazing. In return for your support, you’ll get exclusive access to a new series of “How To Play ...” DADGAD guitar tutorial and “Story Behind The Song” videos that I’ve created for my Patreon supporters, as well as updates, sketches, random musings and more. If you can’t, you still have my heartfelt gratitude. I hope we can meet down the road in happier times for all of us.

£15 + free shipping
Free CD on release of album
Ships Worldwide
Anyone who donates at least £15 will receive a free copy of the St Buryan Sessions album (worldwide postage included) when it’s eventually released. PLEASE NOTE that you’ll be waiting quite a while for the CD; we can’t set even a tentative release date until we know when the recording will be possible, but if you give us your email address, we’ll make sure to keep you updated.
More ... Less ...

Sarah McQuaid is managing the funds for this campaign. The campaign is for a personal cause.