Sky Terminal - Help us finish album #3!
Contribute
Campaign extended! Our deadline has passed but you can still help. ✕ 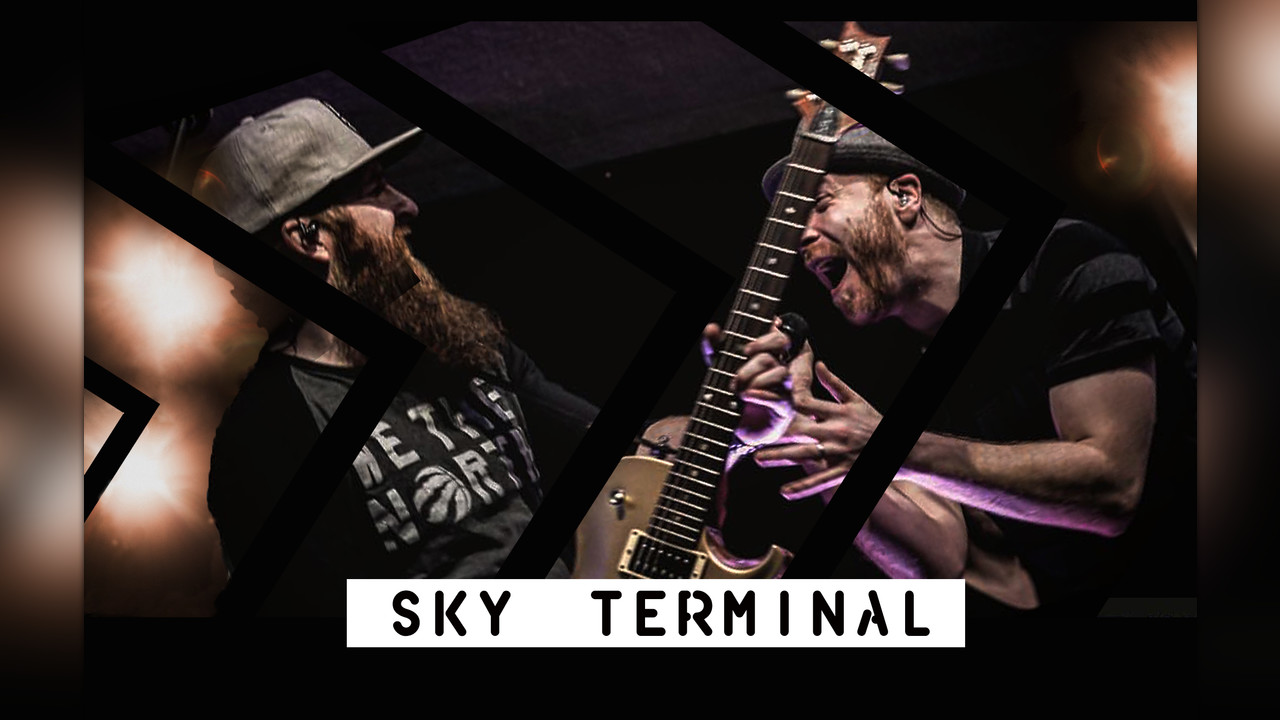 $2,310 raised 8% of $28k goal
31 contributors
59 Weeks running
Contribute
By Marcel Preston
Are you friends?
Personal campaign Keep it all
Ottawa, ON, CA

Hey world, we are Sky Terminal.  We officially became a band in 2011 with the release of our first album "Don't Close Your Eyes'.   That album was entirely self-produced, recorded and independently released and went on to earn a Juno nomination (Canadian version of the Grammy awards) and won a slew of other awards at the GMA's.   Following a successful second album and much touring, we are hard at work on Album #3.

Why create more music?  What do we have that's any different than what's on the radio these days? What difference will investing in this music make?  The answer to these questions are the why behind everything we've personally invested into the music time and time again.  So much music we hear these days seems to have negative influence or feels like what the food world might refer to as empty carbs.  I believe in writing anthems for people that reach beyond the surface to resonate with something deep inside.   We just pre-released a song from this album (Never Giving Up) to radio and have already received great and deeply meaningful reviews.  A radio music director confessed that he was in tears listening to the song due to how it was speaking to his moment.  I aspire to write from these deep moments in life to be able to reach into people's moments and give them a song to sing or share a glimmer of hope that I've lived.   A while ago, I received an email where someone shared how they experienced that very hope while listening to one of our songs on the radio.  They went on to say that they were planning to commit suicide, but after hearing the song chose to keep on living.  I don't have words that would accurately describe how thankful I am for the privilege of having the opportunity to make music that somehow has this kind of effect.   All I can say is thank you to all those who have believed in us and the music, and for any way that you've been a support to us.   I believe that creating music opens up a window into people's lives to share something meaningful.  We as artists have the responsibility to not just entertain, but to bring impact.

It may be worth sharing that recording music takes a considerable amount of time and resources.  It's perhaps more common that even one song can take a whole month to create, record, produce.  We have always been writing and recording our last albums between jobs, on weekends, while touring.   Even though I self-produce Sky Terminal's music, the process can often take years longer simply because taking the necessary time off from working for other artists may not be financially realistic.    Additionally, I believe in team work and have personally funded the use of additional producers and mix engineers to help bring extra perspective and to create something even better.

Here's a quick breakdown of our anticipated costs to finish the album:

If our purpose for making music resonates at all with you, Would you partner with us financially to bring this project to life?

Whenever I look at the big number and overall cost of these projects, I'm honestly intimated.  But the question I ask myself is simply: "What can I do right now?"  And perhaps this is the same question that I ask of you today.  Every dollar donated means the world to us.  Every notification of donation I receive has the fuel of encouragement that says "we believe in what you guys are doing".

I hope to be able to share this finished album with you by September of 2019.  We currently have 3 songs completed, and absolutely know that this goal is achievable with some help.   One of the songs that will be on this album is called "Billion Stars".  It borrows the anthem of the stars that shine bright no matter how vast the darkness around them seems.  Will you partner with us to create anthems that stand out like the stars even in the darkest night?

Perks: (our way of saying thank you)

WHEN YOU CONTRIBUTE ANY AMOUNT, WE WILL SEND YOU A DIGITAL COPY OF BOTH OUR PREVIOUS ALBUMS!

When you contribute $10 or more, we will send you a digital copy of the new album as soon as it's complete.

When you contribute $20 or more, we will mail you a physical copy of the album to your door as soon as it's ready!

When you contribute $50 or more, we will mail you a physical copy of the album to your door as soon as it's ready in addition to a custom signed poster!

When you contribute $100 or more, in addition to all previous perks, we will add your name to the thank you credits on our album and additionally send you a personal thank you note.

When you contribute $1000 or more, consider yourself and a plus 1 to be granted an all access pass to any future concert event that we will be performing (Disclaimer: provided that it's in our power to do so) Marcel Preston hasn't posted any updates yet.
Newest | Oldest
Show more
NEW Thank you emails can now be sent directly from the Transactions page.
Alternatively you can still leave a comment here.

$10 CAD
Digital download of the new album
When you contribute $10 or more, we will send you a digital copy of the album as soon as it's complete
More ... Less ...

$20 CAD
Album Hard Copy shipped to your front door
When you contribute $20 or more, we will mail you a physical copy of the album to your door as soon as it's ready!
More ... Less ...

$50 CAD
Album + Custom signed Poster
When you contribute $50 or more, we will mail you a physical copy of the album to your door as soon as it's ready in addition to a custom signed poster!
More ... Less ...

$100 CAD
ALL Perks above + thank you in the album credits
When you contribute $100 or more, in addition to all previous perks, we will add your name to the thank you credits on our album and additionally send you a personal thank you note.
More ... Less ...

Disclaimer: provided that it's in our power to do so for any given event
More ... Less ...

Marcel Preston is managing the funds for this campaign. The campaign is for a personal cause.