Thank you everybody. Our campaign is now over. ✕
Fight for Nicole & Postpartum Depression Awareness
SubscribeUnsubscribe
✖
Gallery (2) 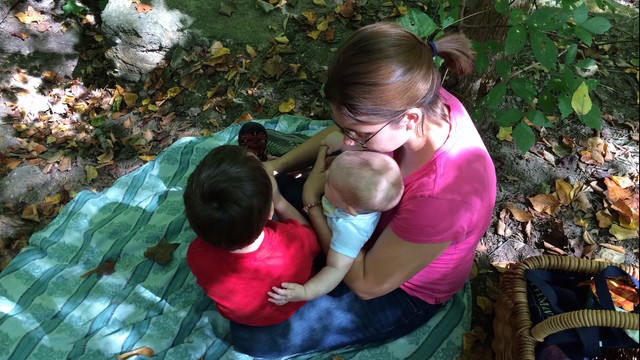 On May 5th of last year, my wife Nicole and I welcomed our daughter Gwen into the world. Although Nicole had suffered from postpartum depression in the past, we were confident that we took appropriate steps to mitigate any potential issues.

On July 18th, Nicole had an accident with Gwen that required a brief outpatient hospital visit. Naturally distraught, Nicole tried to take responsibility for the accident, which was met by hospital staff with the immediate involvement of Child Services, and checking Nicole into the hospital's psych unit.

On July 22nd, the day after her release from the hospital, she was arrested at our home by two police detectives. She was charged with felony aggravated assault, as well as a number of misdemeanor charges, including reckless endangerment, and endangering child welfare. These charges would likely carry a prison sentence of 4-6 years. After 6 days in Pennsylvania's one and only private prison, Nicole was released on $10,000 bail.

We are now awaiting trial. We've come to the end of ourselves, and we need help. Between medical and legal expenses to date, being forced to live apart while Child Services conducted its 'investigation', and covering our son's treatment and special dietary needs out-of-pocket (he was diagnosed with autism spectrum disorder in October of last year), our savings are wiped out and we're in significant debt.

Things aren’t hopeless. We have a strong case. We have an amazing attorney, and he's been very generous to us, but in addition to his fees and court costs, our case will rely heavily on the testimony of expert witnesses. These are professionals who are forensic experts within their disciplines, and are licensed to offer their services doing expert testimony. These services are expensive, and are typically $5,000 - $10,000 or more per expert.

If this was an accident, how could this happen?

People heard a few key words and jumped to conclusions. After that, we didn't get much chance to explain.

Why is this so light on details about what happened?

Because the criminal case is pending, we have to be very careful about what we make public. I'm happy to discuss specifics with anyone one-on-one. Feel free to reach out to me directly.

Why didn't you lawyer up immediately when all this happened?

As anyone who’s had a newborn knows, when you’re sleep-deprived, it’s hard to really be on the ball. Based on what I'd read, my impression was that the best approach with Child Services is passive compliance in order to keep your kids out of the system, then get the attorney involved after.

By the time the detectives showed up at our door, it was too late. For as well as I know that no good can ever, ever come of talking to police, it's surprisingly hard to remember that when you're helplessly watching them haul your wife away.

No. They expressed some willingness to negotiate, but stipulated that any deal would necessarily include a not-insignificant amount of prison time. Having already spent a week experiencing the inhuman conditions at the private prison where she'd be incarcerated if convicted, this didn't seem palatable.

Further, the DA rejected the possibility of a plea of no contest (similar to pleading guilty, it means accepting a reduced punishment, but without an admission of guilt). This is symbolic but significant: the DA's office is taking a hard line on an issue they don't understand.

Not only would accepting a guilty plea be inconsistent with our values of honesty and integrity, there's a larger issue at stake: postpartum depression is becoming a national epidemic, and many new mothers are afraid to get help. By pleading guilty, we would be complicit in a larger injustice, perpetuating a vicious cycle of ignorance, fear, and punishment. As Christians, we believe we are called to stand against these things, even in the face of personal risk.

What else can I do to help?

Aside from spreading the word, find a mother of an infant in your community, give her a hug, and let her know she's not alone. Same goes for anyone else you know who's suffering from a mental health issue. You can also check out the National Coalition for Maternal Mental Health and see how you can get involved. Find your local NAMI chapter, and ask what your local police department is doing to train officers to respond appropriately to situations involving mental health issues. Praying is good too, if you're into that.

Nate Abele is managing the funds for this campaign. The campaign is for a personal cause.