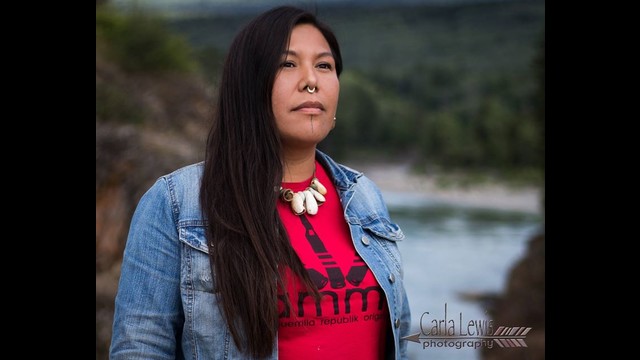 Kanahus has been at the forefront and frontlines of the Indigenous-led resistance movements for over a decade. Kanahus, is not just a life-long Land and Freedom Fighter, she is also a traditional Midwife and a mother of four Freedom Babies. (Freedom Babies https://vimeo.com/92689158)

Kanahus' dedicates her time and work for the Indigenous brothers and sisters imprisoned in the prison institutions, including spearheading the Orlando Watley Innocence Project to fight for the Freedom of wrongfully imprisoned Chickasaw Native in the California Prison system. Bringing light to the connection between our Land and Freedom fight on the ground on the Territories and the fight against the unjust prison and judicial system.

By donating, you are helping with Kanahus' travel expenses to attend this important meeting and opportunity in San Antonio, TEXAS at the Innocence Network Conference from April 8-9, 2016, which will give her opportunity to network and strategize with others fighting for freedom of innocent Peoples wrongfully convicted and imprisoned and to meet and hear from exoneers that have been freed.  Please consider contributing $5, $10, $20, $50, what ever you can.

** all Kanahus' work she does is volunteer, she does this out of the goodness of her heart, the commitment to her ancestors and her Warrior Spirit. PLEASE GIVE WHAT YOU CAN!

Other important work that Kanahus has been spearheading is to stop the reopening of Imperial Metals Mount Polley mine, whose criminal negligence caused “Canada’s worst mining disaster,” that devastated and poisoned her traditional homelands, pristine watershed and her Peoples traditional salmon spawning grounds. Imperial Metals is not only at Mount Polley but also threatening the Sacred Headwaters of the Adams River, home to their largest salmon run. She has been actively fighting back against the opening of this mine.

With the same importance, she is actively working to push for the Gustafsen Lake inquiry with her grandfather, Wolverine, War Hero and Ts'peten (Gustafsen Lake) defender. Including joining with Allied Tribes to uphold Tribal Law and stand together to defend our Territories.

Kanahus' commitment and dedication to Indigenous Peoples Freedom and Land Defence and decolonization has brought her to many Indigenous Nations, making alliances with many Nations, Peoples, organizations and frontline movements. In addition she focuses on educating and winning the hearts and minds of the masses, using what ever tool necessary including hosting her own webinars and radio shows. (Indigenous Empowerment and Resistance: Voices from the Frontlines

To look at the work she has been doing and her films, you may look at Kanahus' YouTube Channel https://www.youtube.com/channel/UC0btAZHZ6R-IdDD0iBHfVXA 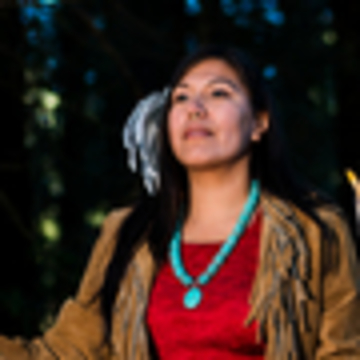