Thank you everybody. Our campaign is now over. ✕
Frankie & Savannah
SubscribeUnsubscribe
✖
Gallery (3) 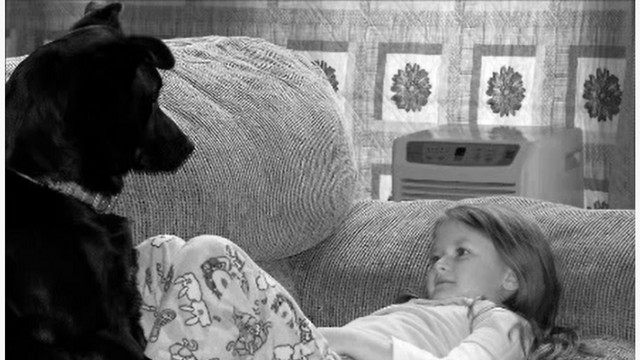 Hi. This page is being made for my daughter, Savannah, and her best friend and dog, Frankie. Savannah has Pervasive Developmental Disorder, also known a Atypical Autism. It's a form of autism that she developed as an infant which causes her to be significantly impaired socially and with communication. She is also impaired cognitively to a degree. Early on, we had tried so many different things to try and get her to be more social and “connect” with people. Many things failed. It's very hard watching your child isolate and seem so “disconnected” from the rest of the human race. I had spent many nights crying and wishing for an answer that would help my poor girl. Then I had heard about several autistic children making bonds with animals, mainly dogs. So I took her to the animal shelter several times (every month in fact) and she never seemed to connect with any of the animals. Then about 2 years ago when we tried the animal shelter yet again she connected with, was drawn in fact, to one of the dogs: a big, black fluffy dog with pointy ears that we would soon name Frankie. 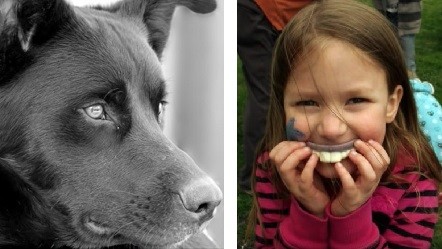 Frankie came home with us that day and bonded with Savannah right away. Savannah would reach out and pet him, hug him, and kiss him. These are things that she never would normally do. We could see a spark inside her eyes that we only ever caught glimpses of. And Frankie was gentle with her from day one. He seems to understand that she is delicate and needs to be handled gently. With Frankie, she doesn't isolate or “hide within” herself. Frankie goes with Savannah everywhere. He sleeps in her bed, he watches cartoons with her, he goes into the backyard with her. When she takes a bath, Frankie faithfully stands by in the bathroom. I've always heard that dog is man's best friend, but I've never seen anything like this. 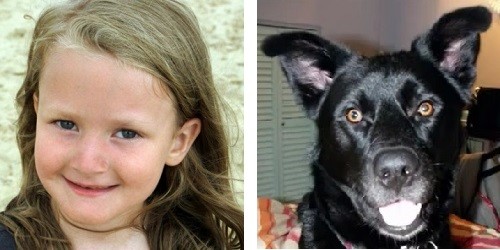 Several months ago Frankie developed some strange symptoms: mainly scratching the air near his head, and his legs would give out on him randomly. After a visit to the vet, it was determined that he has syringomyelia. It is caused by a partial blockage of the flow of cerebrospinal fluid. As a result, pressure builds and the fluid is pushed into the spinal cord where it forms fluid pockets called “syrinxes”, damaging the spinal cord. Affected dogs can suffer significant pain, weakness, incoordination and even paralysis. This is more commonly found in Cavalier King Charles Spaniels but somehow Frankie had developed it and we were told that it is probably hereditary We did everything that they told us to do, because we couldn't risk anything happening to Savannah's best friend. If you have a child you know the excitement and joy you get from their happiness and smile. Pretty much the only time we see Savannah's smile is when she is with Frankie. So we spent the $1500 necessary for the MRI, and we spent nearly another $1800 on steroids, anti-convulsants, medication for pain and swelling, and all of the vet follow-up visits.

However, even with all of this, Frankie's condition has gotten worse. The vet is now recommending surgery to allow the cerebrospinal fluid to flow normally, which is necessary to reduce the pain and deterioration. Surgery usually is successful in significantly reducing the pain and improving the neurological deficits. Neurologists experienced with this surgery have found that early surgical treatment is more successful than waiting and considering it as a last resort, and that the longer the dog has been in pain, the less likely it will recover. So we are going to have the surgery done on Frankie. The sooner the better. The estimate we received is nearly $7,400. After all that we have invested, we are only able to come up with $3,500 for the surgery. We are therefore trying to raise the remaining $3,900. We have reached out to our church group, to Autism Awareness Activist groups, her insurance everything we can think of. Most will help if the medical need were for Savannah herself, but not for Frankie. They just don't seem to understand that Frankie is Savannah's window to the the rest of the world. He is more important than any medication or treatment we could ever give Savannah.

So here we are. I am hoping that with your help we can raise the rest of the money necessary for the surgery. Please don't donate for me, do it for Savannah and Frankie, so Savannah can keep her social interaction with her best friend, and so Frankie can live without pain and live a long happy life, while continuing to provide love for my little girl.

Thank you for reading and watching the video we put together. My God Bless all of you. 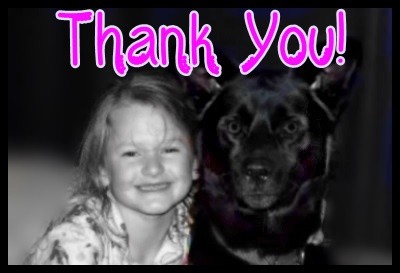 Jennifer Anderson is managing the funds for this campaign. The campaign is for a personal cause.