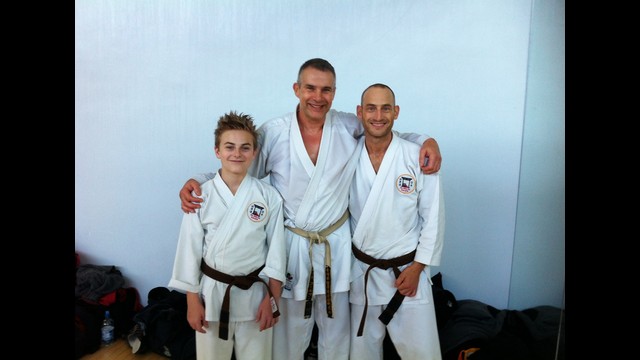 £130 raised 26% of £500 goal
8 contributors
5 Years running
Contribute
By Paul Clark
Are you friends?
Personal campaign Keep it all
Manchester, GB

In the space of a week in September 2013 two very insperational people in my life told me they had Cancer, one was a runner and the other was Shihan Paul Coleman.

We first met paul at a Karate seminar in march 2012 and was instantly inspired not only by his great knowledge an skill as a 7th Dan but his attributes as a person,humble, warm ,friendly, sincere to name but a few,so when he told me of his illness i was totally stunned an upset as were his many thousands of friends and followers.

Paul has Terminal cancer and needs vital treatment so as he can prolong his life with his wife Natasha and young son Blade so help me to help him,Sensei Adrian Heeks and myself are running in the English Half Marathon to raise money,we are both Husbands ,fathers and myself a grandfather and we appreciate the meaning and importance of family life, please give as much as you can every penny will make a difference.

Paul Clark hasn't posted any updates yet.
Newest | Oldest
Show more
NEW Thank you emails can now be sent directly from the Transactions page.
Alternatively you can still leave a comment here.

Paul Clark is managing the funds for this campaign. The campaign is for a personal cause.