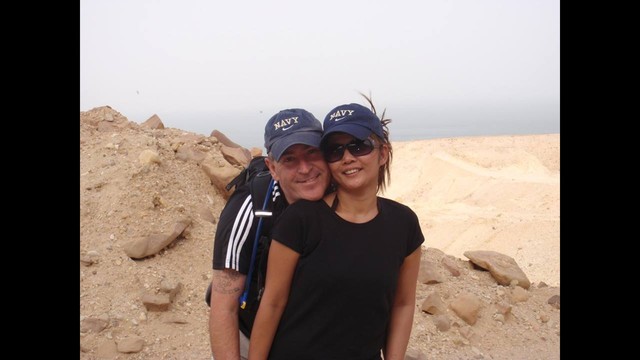 Carlos Bras, Supervisory General Services Officer at the US Embassy in Lusaka, died suddenly as the result of a motor vehicle accident on September 7 at the age of 48 in Lusaka, Zambia. He is survived by his wife and two sons.
Born in Lisbon, Portugal, Carlos was very proud to have served in the Portuguese Special Forces for 10 years. He came to the United States 25 years ago and became a citizen. He also served with the US Army National Guard. During his military service he earned jump wings from parachuting in 35 countries, and he made more than 160 jumps.

Carlos joined the US State Department in 1995, first in the Civil Service before joining the Foreign Service and served 8 tours with the department-- Assistant General Services Officer (A/GSO) in Khartoum, Sudan; A/GSO in Lusaka, Zambia; A/GSO in Bangkok, Thailand; S/GSO in Dhaka, Bangladesh; a Management Officer in NEASCA/EX; a Management Officer in Dubai, UAE; a S/GSO in Amman, Jordan; and S/GSO in Lusaka, Zambia. He earned four Meritorious Honor Awards and one Superior Honor Award during his distinguished career.

He is survived by his wife Kanyanee, originally from Thailand, and sons Carlos Jr and Wanit. Carlos Jr served five years in the Marines before entering university in Norfolk, Virginia where he lives today. Wanit is in 11th grade at the American International School of Lusaka.

Carlos is remembered by his family, friends and colleagues as an incredibly friendly and outgoing man with a smiling face. He worked hard and always sought to help others. He is greatly missed.
Activity highlights See all17
NEW Thank you emails can now be sent directly from the Transactions page.
Alternatively you can still leave a comment here.

Ali Romo hasn't posted any updates yet.
Newest | Oldest
Show more
NEW Thank you emails can now be sent directly from the Transactions page.
Alternatively you can still leave a comment here.

Ali Romo is managing the funds for this campaign. The campaign is for a personal cause.