Emergency Horse Transport from Oklahoma to NH
Contribute
Campaign extended! Our deadline has passed but you can still help. ✕

No thanks
Emergency Horse Transport from Oklahoma to NH
✖
Gallery (1) 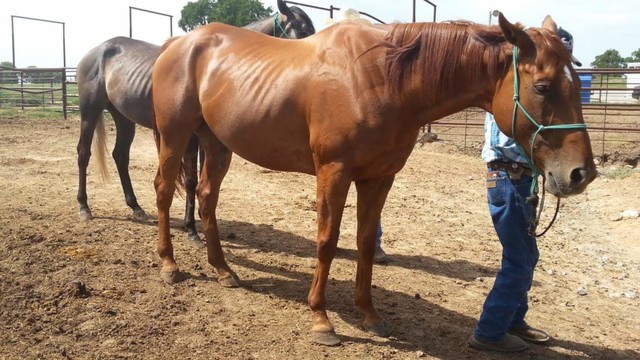 $120 raised 3% of $4k goal
3 contributors
3 Years running
Contribute
By Michele Hoyle
Are you friends?
Personal campaign Keep it all
Hinsdale, NH, US

I am Hunter and Marco's human, my husband and I were transferred to New Hampshire for his work from Md. The stress of the move and getting a new home put me in an rheumatiod arthritis flare. While in recovery from my ra, a man approached me as he was very interested in my boys invited me to his farm to check out his facilities which were amazing as he puts on rodeos, nbha shows, he also provides training, boarding, and leasing. This person also provided references which I called and checked out with rave reviews in his knowledge and care of his horses. I decided to sell him my two boys after 2 months of investigations, with the understanding they are not to be sent to auction or slaughter or no sale, he agreed he wouldnt do that.

I recieved a call 3 weeks later at 4pm,that both of my boys were found at a kill pen that ships without notice to a slaughter plant either in Canada or Mexio. The minute I got off the phone, I called my long time friend in Oklahoma gave her all the info and by 4am we had the $1500 for Marco and Hunter to be bailed off the slaughter bound truck. 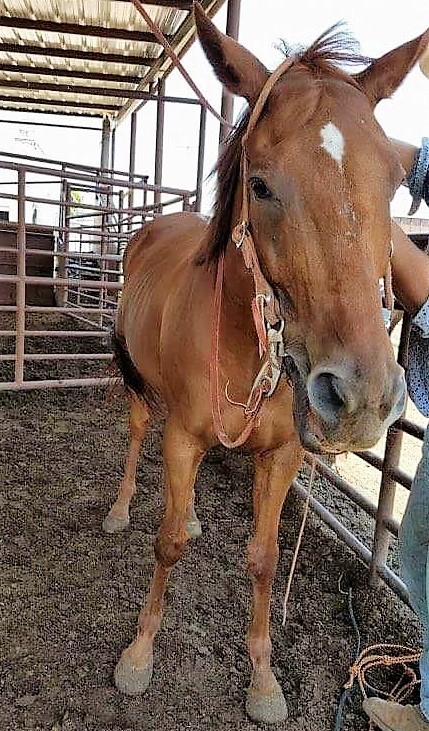 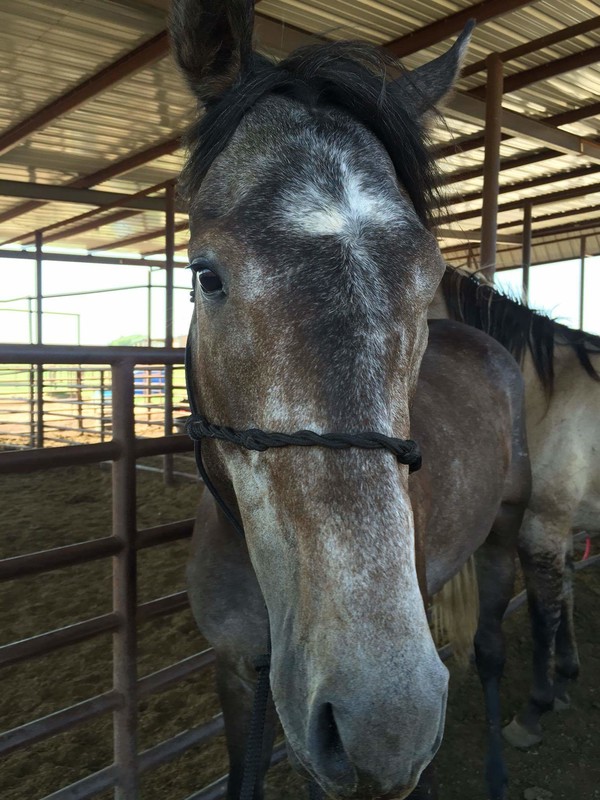 These two boys have been through so much and didnt deserve what happened to them. They were crammed on a overcrowed trailer, by use of cattle prods and whips with strange people yelling at them scared them to death. When they arrived at the kill pen, they were unloaded in the same manner with cattle prods and people yelling at them to run in the chute to differnt pens with strange horses and a very scary surrounding. Both Hunter and Marco recieved injuries a deep cut that didnt recieve any veternarian care, and what seemed to be a bowed tendon, and a swollen face over his eye from being hit. 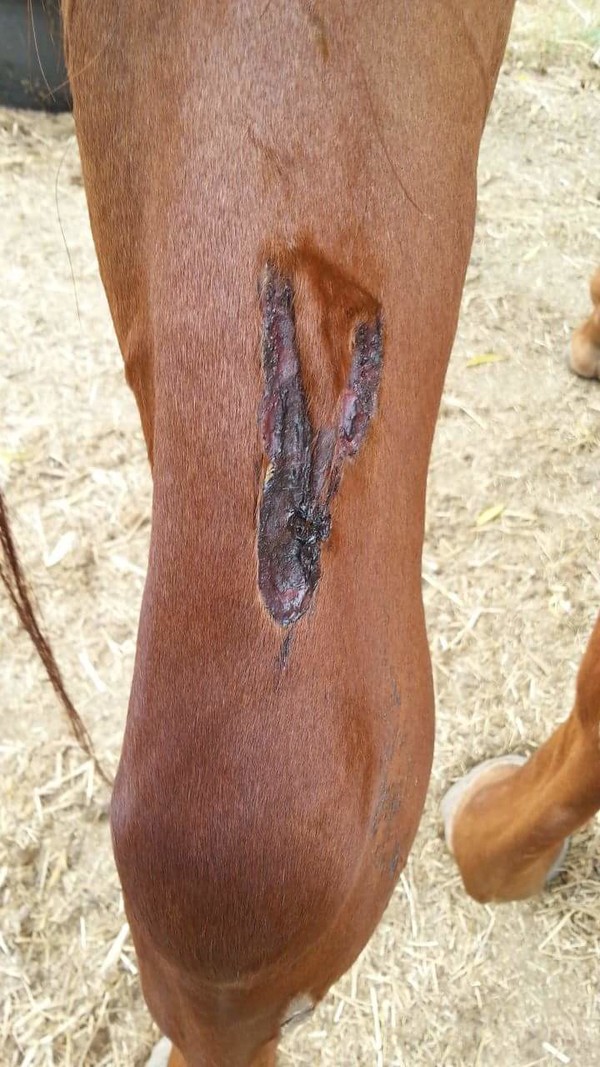 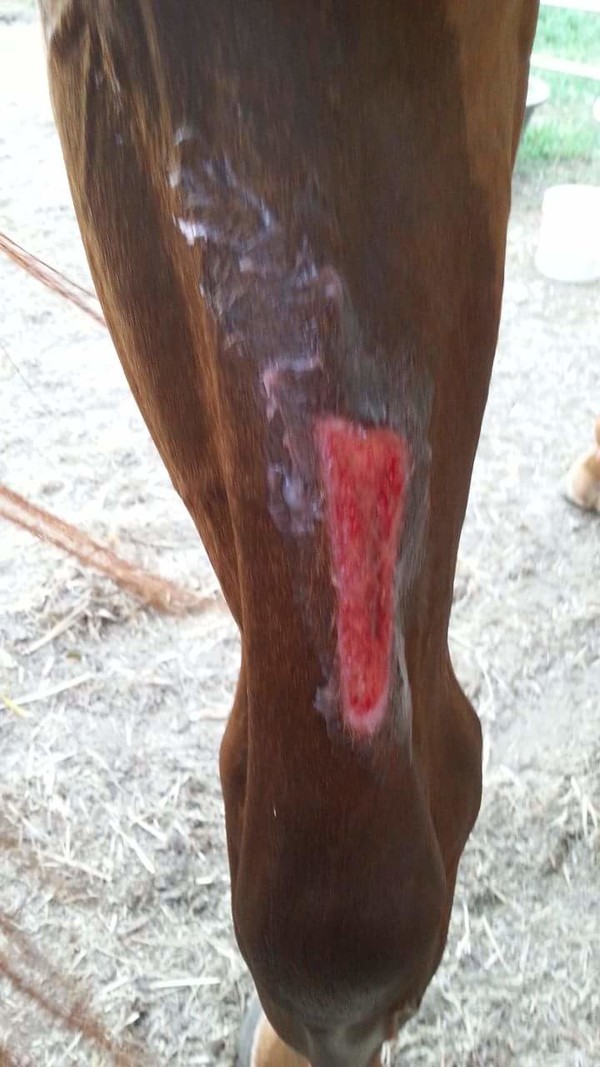 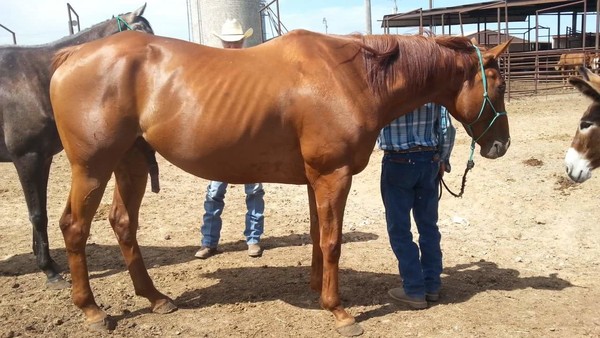 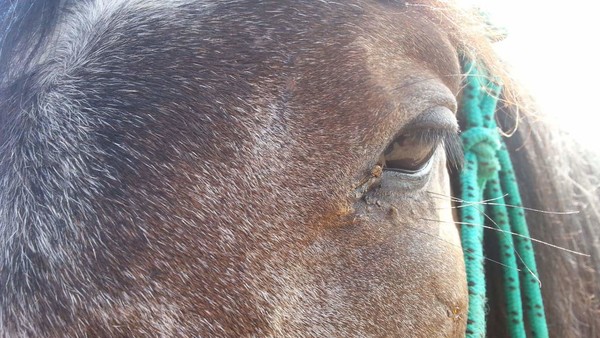 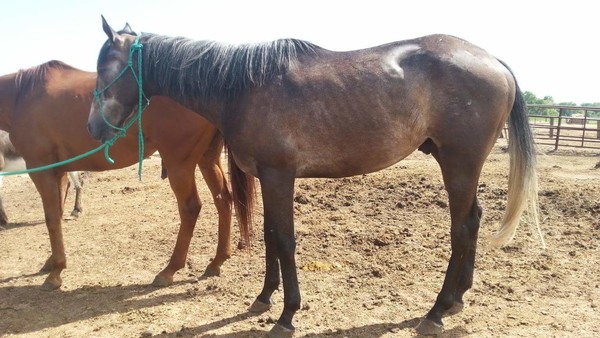 They recieved a freedom ride off the lot from my longtime friend with a soft place to land. 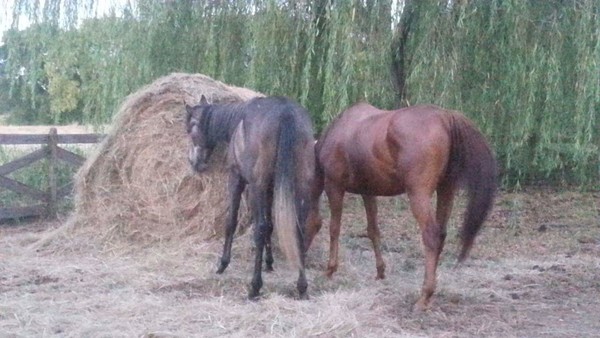 There arent enough thank yous for my friend who helped rescue my boys off the kill pen, she truly is an angel much respect for caring and being a true friend. Do to the stress and tramua Hunter and Marco recieved on thier death ride we will have a long recovery as thier trust in people was broken and betrayed. While they are at her farm waiting to be shipped home, I am beside myself because my boys were treated so horribly, neglected, and abused all I want to do is get them home put them back on thier 8 acre pasture and in the stalls they called home for so long. Just to hear them whinny and be able to wrap my arms around thier necks just inhaling the smell of my boys, clean pine dust free bedding, feeling thier breath on my shoulders looking in to those magnificent eyes telling them they are home with momma to stay.

Please help bring my boys home if everyone who see this would just donate $5,$10, or even $20 they would be on thier way home in no time at all. Share this post everywhere those horses need thier human as I need my fur babies. I will post pics and updates of the freedom ride home and them comming off the trailer to home in thier lush green pasture. Lets work together and get these boys home.

Michele Hoyle hasn't posted any updates yet.
Newest | Oldest
Show more
NEW Thank you emails can now be sent directly from the Transactions page.
Alternatively you can still leave a comment here.

Michele Hoyle is managing the funds for this campaign. The campaign is for a personal cause.