Thank you everybody. Our campaign is now over. ✕
Living In Limbo, 2014
SubscribeUnsubscribe
✖
Gallery (1) 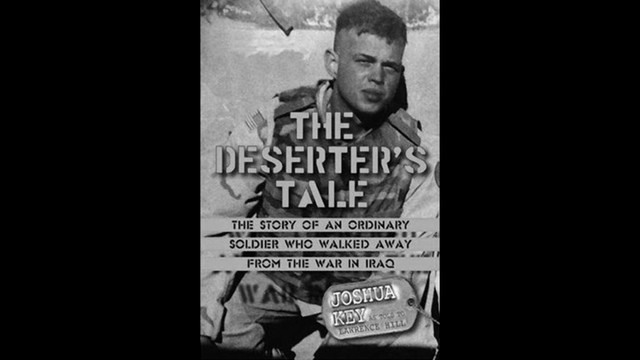 This fundraising campaign is being set up on behalf of the War Resisters Support Campaign - Winnipeg Chapter planning a fundraising and awareness-raising event about American War Resisters in Canada. There are an estimated 200 War Resisters in Canada, including Joshua Key who is currently living in Winnipeg.
While Joshua joined the army voluntarily, he was sent to Iraq and asked to participate in immoral, atrocious actions against Iraqi civilians. Joshua then discovered that it is easy to join the American army but very difficult to get out. Joshua deserted the army and escaped to Canada in 2005.
In the 9 years since, Joshua has been an outspoken critic of the American occupation of Iraq, publishing an internationally acclaimed book, The Deserter's Tale, giving countless interviews and speeches. He has married a Canadian (and Winnipegger), Alexina, and they have three young kids. Joshua is not here illegally, as his application for spousal sponsorship is before the courts, he just can't get a work permit or health care.
In the summer of 2011, the Harper Conservatives deported War Resister Kimberly Rivera to the United States, where she was put back in the military, court-martialled, imprisoned and has recently been released. The issue of War Resisters may not seem pressing right now, but it can become very urgent for people like Kimberly and Joshua at any moment.
Joshua is an excellent speaker and given that he and his family are living in Winnipeg, we want to put on a speaking and fundraising event, bring people together and get back to building support and awareness. 100% of the proceeds are going directly to the Key Family.

It has come to our attention that many people are interested in supporting this important cause, but are not able to attend this event. All donations are graciously welcomed and accepted.

If anyone is interested in attending, please see the following information:

Living in Limbo: a dinner, fundraiser and discussion about a War Deserter family's struggles in Canada

Suggested donation $20 (pay what you can)