No thanks
Our Love Story
✖
Gallery (1) 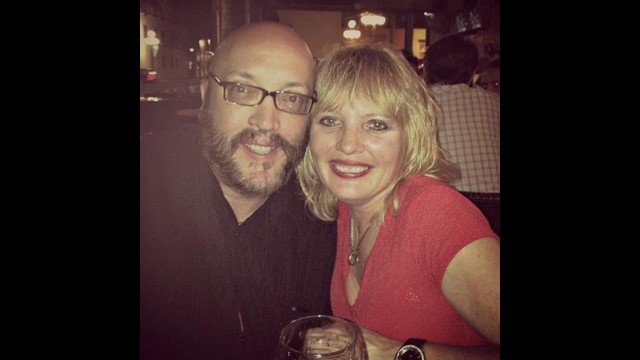 $2,968 raised 59% of $5k goal
65 contributors
6 Years running
Contribute
By Theresa Moccio
Are you friends?
Personal campaign Keep it all
Rindge, NH, US

It all began when we were 14 years old. I had moved from NY to Coral Springs FL in 1980. From the ages of 14, 15 and 16 Andrew and I were together all the time and when we weren’t we would stay up all night talking on the phone. He was my best friend and I had a crush on him and he felt the same way but we were so young and awkward. LOL. I moved back to NY at about 17 and I lost contact with Andrew.

In the meantime we both had gotten married and had children. And eventually for the both of us our marriages ended.

Then in October of 2012 I received a friend request on Facebook from Andrew. I clicked on his profile because the name was so familiar – you just don’t forget Hershkowitz. When I looked at the picture of him I didn’t really recognize him. The Andrew I knew had long wavy hair and this guy was bald. So I didn’t accept the request and I went on with my day. A couple of days later a received and email at work from Andrew. As I started to read the email it all came back to me. It was my best friend from 30 years ago. As I continued to read I began to cry with what Andrew had written to me. He said he had been looking for me for a couple years and just wanted to thank me for my friendship with him years ago.

From that moment on I remembered how much I loved Andrew and still did. I was so happy to have him back in my life. We finally reunited on November 30, 2012. It was the first time we were seeing each other in 30 years. We met at the airport and it was like we were teenagers again, and now our relationship was so much more.

January 2013 Andrew moved to New Hampshire so we could live together and start our lives. We had many great times in the short time we had together. Andrew hadn’t changed he was still the same soul I knew as a teenager. He was kind, caring, thoughtful, considerate, giving, funny, and respectful but most of all such a loving man.

Andrews’s health had not but great over the past several years and because he didn’t have health insurance and he couldn’t afford to take care of his medical issues. He had sleep apnea that went untreated for years and had damage to his lungs from smoking. He was going to have health insurance in another couple of weeks and he was planning on getting everything taken care of.

Andrew came down with the flu on Friday, March 28th. He didn’t work on Monday but then went in on Tuesday. He was so sick and tired. On Wednesday, April 2nd he said he was having pain in his stomach area and needed to be seen. He went to the ER in Massachusetts. After evaluating Andrew they found a hernia but that was not causing the pain and he was having other issues so they admitted him. The next night when I was at the hospital with Andrew they had figured out that he had lung damage and an infection in his intestines. He was being treated with antibiotics, pain meds and breathing treatments. His oxygen levels were up to 95%. He was talking; he stood up and hugged me, and he walked to the bathroom on his own.

The plan was that on Friday he would see a doctor for his intestines and then be released from the hospital and have the hernia surgery outpatient. After I left the hospital I called Andrew that night and we spoke and we told each other I love you and I will see you in the morning.

At 5:45am I received a call from the hospital that Andrew had passed away around 5:15am. The nurse had come in and changed his IV bag at 5:00am and he was breathing. His sleep apnea was very severe and you could hear Andrew breathing. Andrews’s room was right outside the nursing station and at 5:15am they didn’t hear the snoring and went in and Andrew wasn’t breathing. They tried all measures revive his heart but it was just too damaged.

Andrew was the love of my life. He made me smile every day and we always made sure to let each other know how much we loved one another. We were busy planning the rest of our lives together and were so excited for our future. He will always be my soul mate, my best friend.

I was blessed to be able to spend several hours with Andrew in his hospital room after he passed. I held him, laid my head on his shoulder and whispered in his ear how much I love him. My last kisses were the most difficult. My heart is broken and a piece of me died with Andrew.

He will be greatly missed by his two beautiful children Bethany and Zach whom he loved so much. His mother, father, and his siblings. And the numerous friends and extended family.

Andrew was a person who believed in paying it forward. There were many times when he would pay the toll for the next person in line, or the person behind him in the drive thru.

Andrew and I didn’t have much and this came very unexpectedly. I am asking for a donation, a chance to pay it forward in honor of Andrew to help with the funeral expenses for him. Anything that you could give would be greatly appreciated.

Thank you for all your kind words and condolences in this difficult time.

Activity highlights See all68
NEW Thank you emails can now be sent directly from the Transactions page.
Alternatively you can still leave a comment here. Theresa Moccio hasn't posted any updates yet.
Newest | Oldest
Show more
NEW Thank you emails can now be sent directly from the Transactions page.
Alternatively you can still leave a comment here.

Theresa Moccio is managing the funds for this campaign. The campaign is for a personal cause.