Hit and Run
Contribute
Campaign extended! Our deadline has passed but you can still help. ✕ 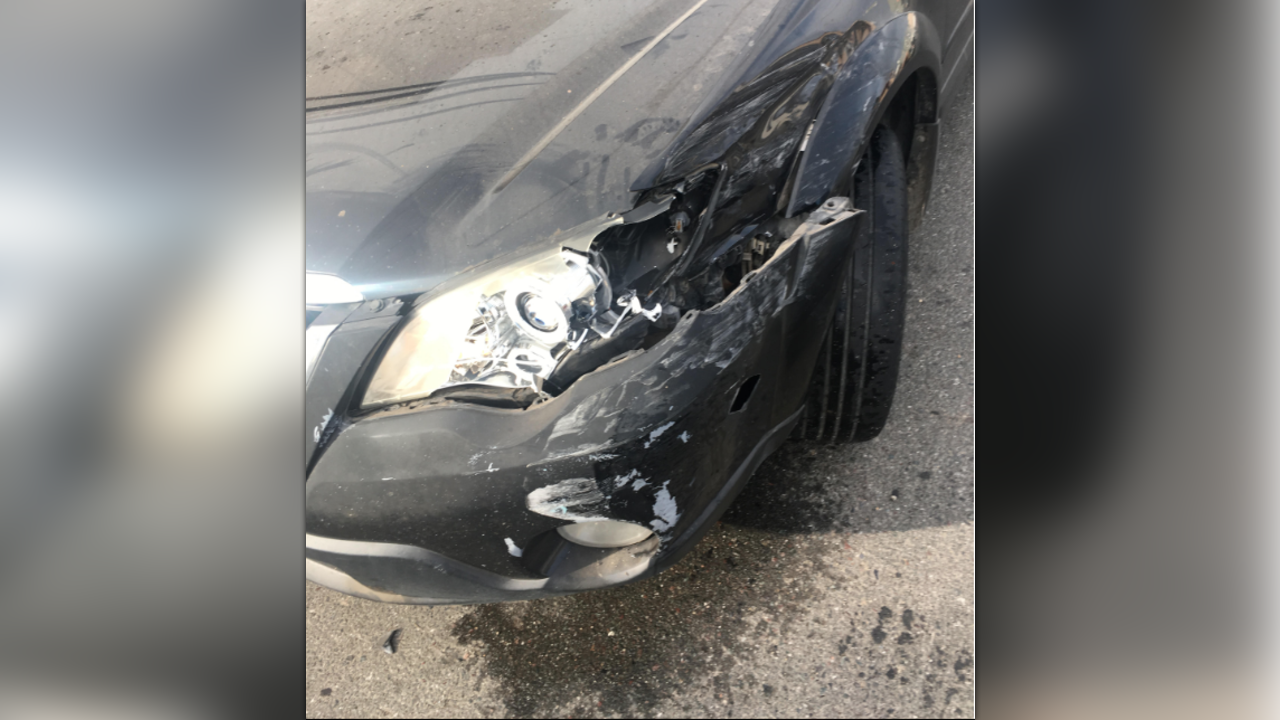 Earlier today, Wednesday July 17, I was in a hit in run that left my car with a bent axle, rendering it impossible to drive. Aside from that, the bumper, front driver's side headlight and socket, wheel, windshield wiper fluid, and what I'm assuming because of the collision location and the water leaking from my car is a water hose replaced.

I work full time and drive from Fruitvale to Bayview in SF every day. I'm a driver, carpooling and picking up other people. This car is important to my me and my work, especially being displaced to Fruitvale.

As you know, sometimes even working full-time in the Bay Area can still leave us broke. I moved 5 times this past year and was just getting on my feet from some crazy expenses and my insurance won't cover this at all.

I truly need y'alls help if I'm going to attempt to fix my car. The only way I could buy a new beater is if I were to sell my Subaru, which is now currently worthless.

Luckily, my person is just fine. I didn't get whiplash and don't feel any bodily harm (which after witnessing a man's fiery demise from his vehicle smashing into a concrete column and exploding on impact going 70 with no breaks less than a week ok, I feel pretty lucky about) In this story however, the driver and I were both heading north on High Street and the person that struck me was flying down the middle lane, which is a double yellow turn lane only and just clipped my corner real hard and drove off without even slowing down.

I called non-emergency who was busy all morning, called 911 and they don't do hit and runs. I left a message with the Traffic Division who hasn't called me back and takes 90 days on average for action after a report is filed: basically a dead end.

Again, any amount of a donation I'm thankful for and can also be achieved via VenMo: Dayna-Swoonz.
Thank you!

Dayna Gilbert hasn't posted any updates yet.
Newest | Oldest
Show more
NEW Thank you emails can now be sent directly from the Transactions page.
Alternatively you can still leave a comment here.

Dayna Gilbert is managing the funds for this campaign. The campaign is for a personal cause.