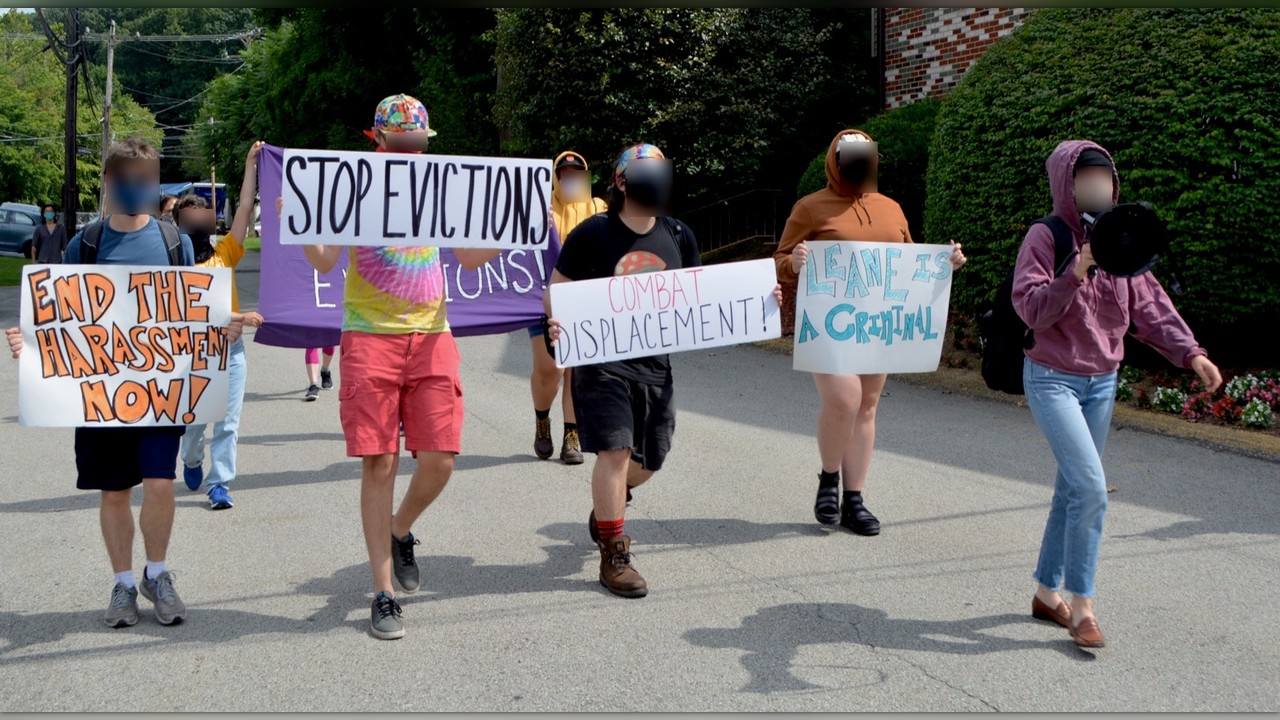 Last year, a tenant at Arbors Management in Penn Hills lost his job due to the economic crisis and as a result has been unable to afford rent. In June, despite the eviction moratorium, the property manager, Leane Kennedy, moved to evict this tenant from his home. This was shortly after a neighbor’s car crashed into his unit and caused immense damage to the property and physical harm to the tenant. He and his son were relocated to another unit, but Arbors management demanded that he pay rent for the month in which his unit was damaged.

UNDM and supporters resisted the illegal eviction attempt in June, and the tenant was able to remain in his home. Through organizing, the tenant became a member of the UNDM, so he could fight evictions and fight back against other slumlords across the city! Unfortunately, this comrade is now facing eviction for a second time. Arbors Management is working around the eviction moratorium by asserting phony lease violations such as "talking too loud on the phone". The member has been resisting the actions and harassment that Leane Kennedy and Arbors Management have taken against him since June while organizing his neighbors against their parasitic schemes.

We are fundraising to support our comrade with his eviction fees and future, potential moving expenses. UNDM works to organize neighborhoods to fight back against evictions and displacement, and when our comrades need our support in times of resistance, we have their back! Can you chip in?

Alex Sanderson is managing the funds for this campaign. The campaign is for a personal cause.