Thank you everybody. Our campaign is now over. ✕
Tenebris Foreste - STL Terrain and Minis Campaign -
SubscribeUnsubscribe
✖
Gallery (1) 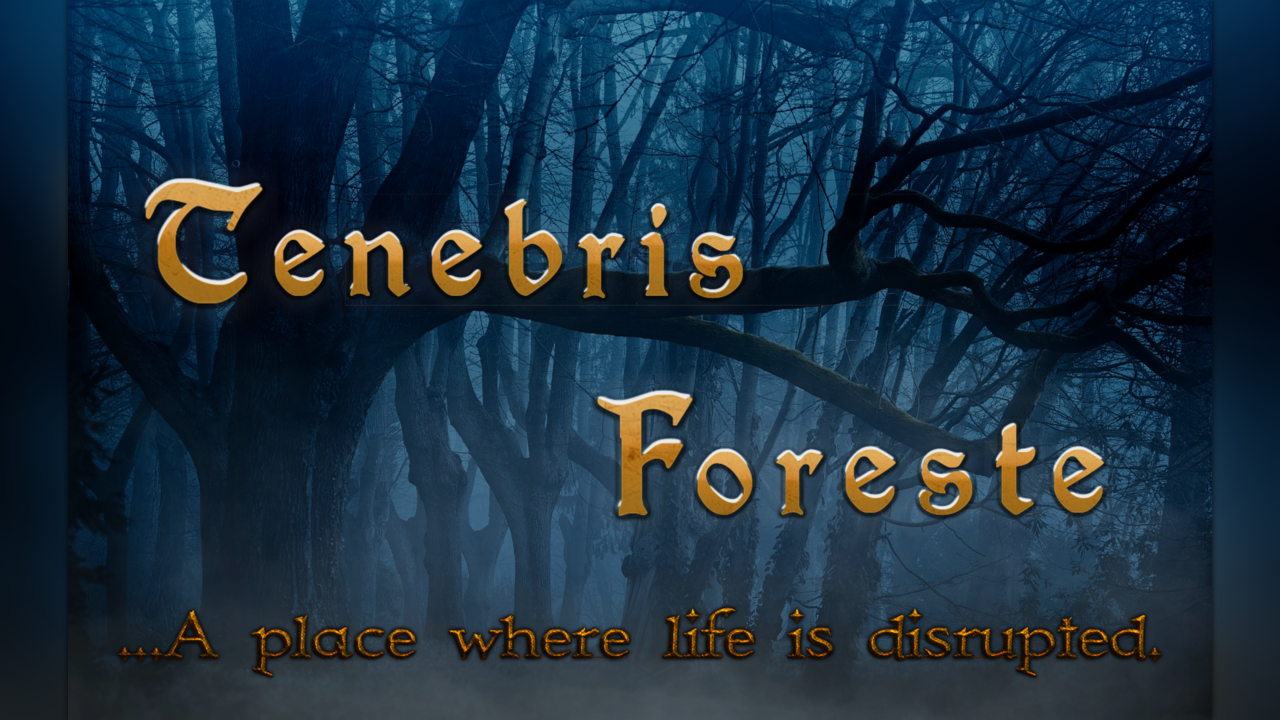 Hello guys!I'm here to share a a fast campaign that I narrated for my old group. At that time we didn't use 3d resources on table and it was really fun to play.
Now, Since I started to learn 3D modelling and I'm playing with a new group. I wanted to materialize this campaign to improve our gaming experience.
I hope you like it too.

Important: The price goes around US$ 9,50. Depending of the currency.


- All Backers will receive:
The initial pack that contains 5 gnarled trees; a stone cabin, 4 hanged miniatures, Sloth miniature.Even if we don't reach the main goal. Pay and receive!

- Strech goals models since we reach them.

When will backers receive the models? On first 72 hours after confirm the payment, I will send them by wetransfer and at the end of campaign, send a copy on Drive Thru RPG. Strech goals will be send at the end of the campaign. 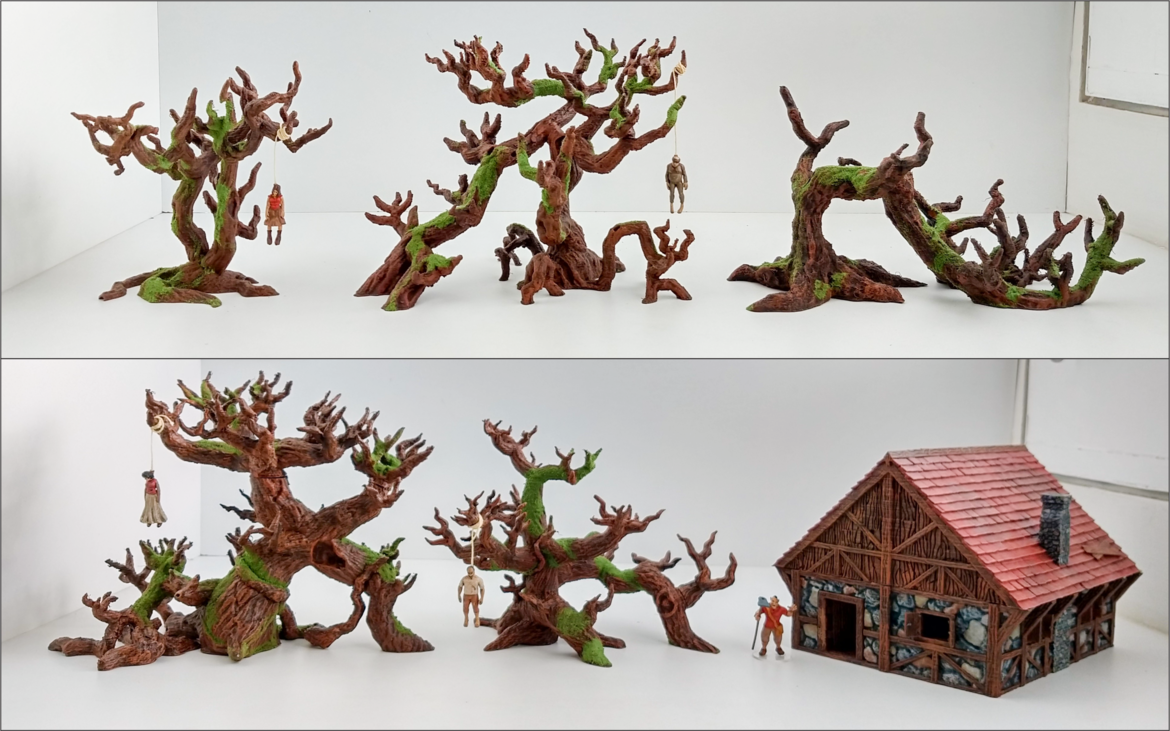 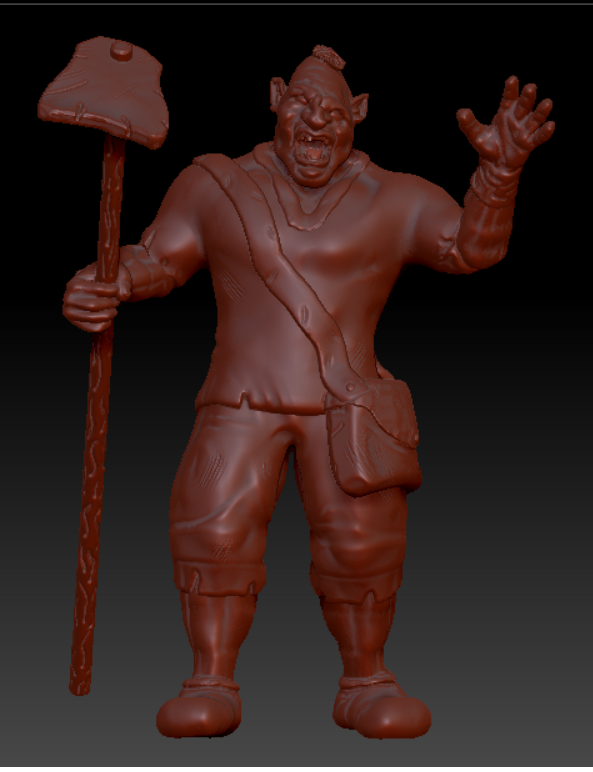 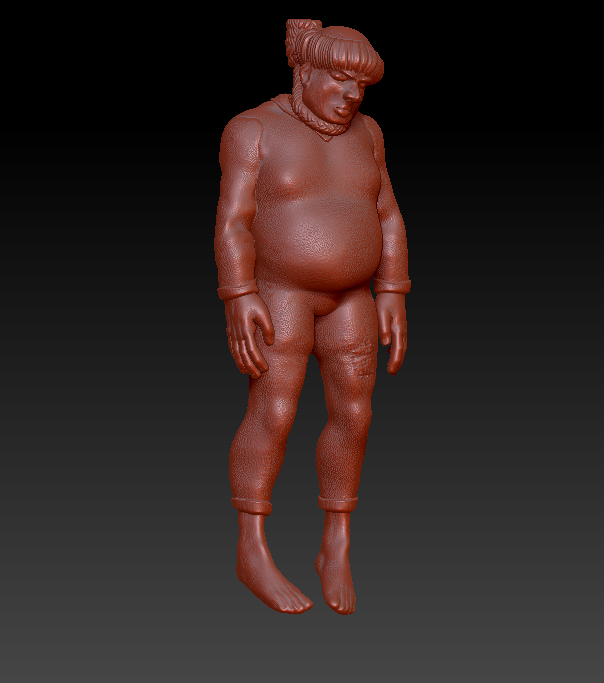 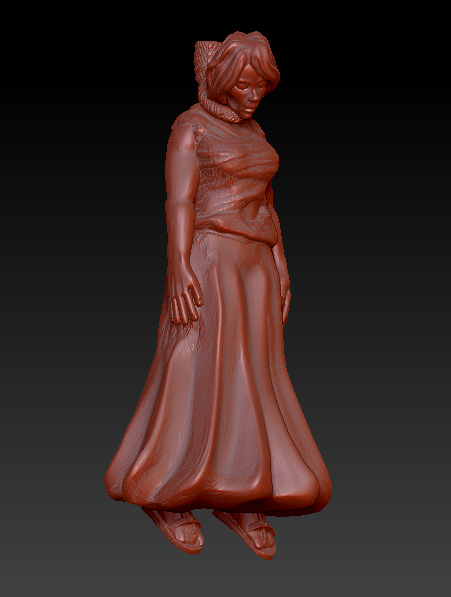 Test print:
Trunk in FDM and branches in SLA. 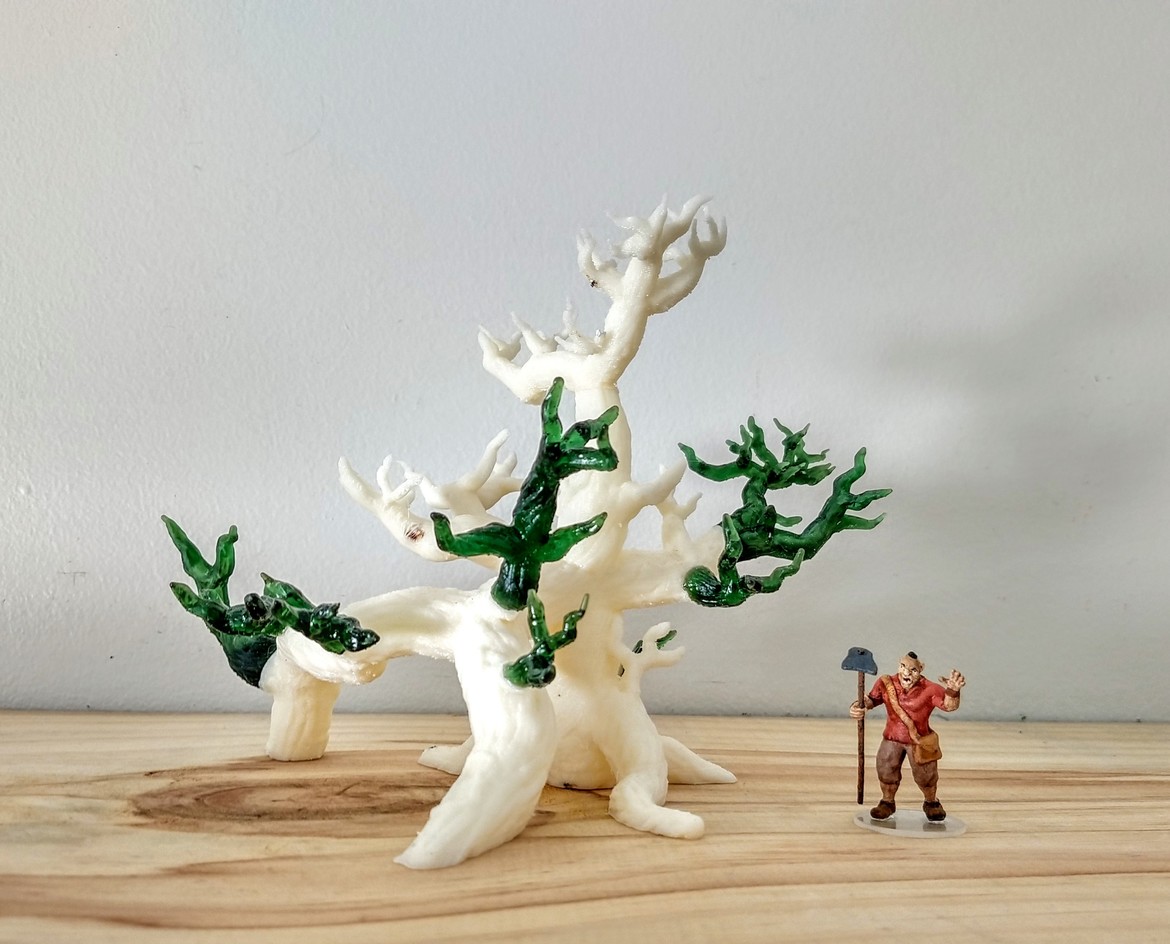 ...I will narrate the general facts and events. Details or even improvements you can add into your own version of the campaign:

Everything started when the adventures heard rumors about a group of Villages where people where disappearing and children being kidnaped by flying hounds.

During their path to the location, they found a guy ugly as hell, big and brawny as an orc, carrying a hoe and coming out from forest aparently lost. When they approached to him, they realized that he had a mind of a 5 years old child with some kind of autism spectrum.He could speak few words and majority of them were senseless, like: his name Sloth, asking to wake up their relatives sleeping on trees, the white horse crying, and screaming to something shut up while his beat his own head.

The adventures follow the track that the huge guy left on forest. During it they realized that some trees where quite more "gnarled" than normal, but ignored it. After hours into the forest, they found his relatives... deads, hanggeds into some vines comming down from totally gnarled and unusual trees that had a stinky poisonous moss growing over them.

After remove them from there and give a decent grave , while the others tried to calm down Sloth. They kept the track until the family's house. Arriving there already at night, they saw green lights coming from inside it. A tenebrous hiss tore the air and red flying balls with bat's wings and demonic face came out...


Then, finished the combat against those unatural creatures, they decided to go to the nearest village to get more informations about what is happening...

Raphael Fellipe is managing the funds for this campaign. The campaign is for a personal cause.