Help Junior!
Contribute
Campaign extended! Our deadline has passed but you can still help. ✕ 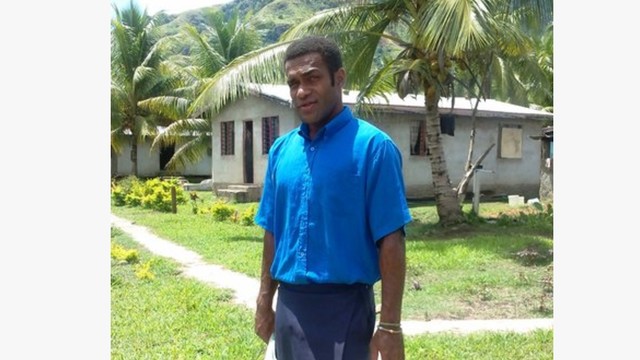 $230 raised 3% of $8k goal
8 contributors
3 Years running
Contribute
By Victoria Anne
Are you friends?
Personal campaign Keep it all
New Orleans, US

In 2010 I moved, randomly, to Fiji.  Right away I met the kindest, gentlest, most inspiring man I will ever know.  He is not educated or verbose, but he is smart and giving and warm and welcoming.  He runs the village farm, which is responsible for feeding the 300+ members of Nasivikoso.  He is a leader in his family and in his community.  I found out (he'd never tell me) that he never had money because he was secretly sending it for his deceased brother's kids to go to school.  He paid for them each to go all the way through college- even the girls!

Yesterday I got a call straight out of my worst nightmares.  Something is deeply wrong with Junior.  He can no longer walk.  His nephews carry him to the toilet.  He has lost most of his weight.  The local hospital turned him away and won't see him again for weeks.  He was ill for 3 months, suffering flu like symptoms, weight loss and numbness in his feet.  Then, feeling better (and being FIjian) he played a game of rugby and got a bad hit.  So now we're probably dealing with a spinal cord injury on top of whatever mystery illness was existing.

He needs our help.  He needs money for the journey to the Capitol and money for a private hospital.  And he needs an advocate who will push and fight for him.  I have no idea what medical costs might be, but I know he needs help NOW.

With real medical care he can beat this.  His community, his farm and my heart need him.  Even if you've never met him, please know that he needs you now. Victoria Anne hasn't posted any updates yet.
Newest | Oldest
Show more
NEW Thank you emails can now be sent directly from the Transactions page.
Alternatively you can still leave a comment here.

Victoria Anne is managing the funds for this campaign. The campaign is for a personal cause.