Thank you everybody. Our campaign is now over. ✕
Michael J Martin "The Last Patrol" memorial fund
✖
Gallery (1) 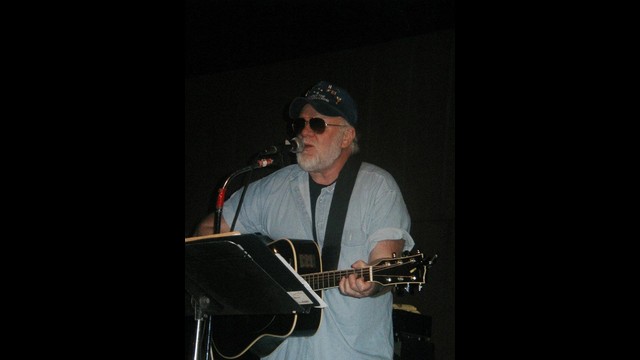 Michael J. Martin is well known in the Veterans Community, as an advocate, and singer song writer bringing honesty and sometimes humor to the issues Veterans face.  He is currently in Hospice, his only daughter drove from Texas to Tennessee to be with him and hasn't left the facility since last Saturday.  She has been off work for a week now on unpaid FMLA, she also wants to do two memorials for the thousands of vets who not only loved his music, but many of them found healing in his music and on his marches.  Several Vets have asked how to help her, and she said save your money and come to the memorial.  She is a Martin, Martins help others they don't ask for help.  Michael J always told us not to leave anyone behind and in his final days he would want all those he took care of, mentored, healed to take care of his daughter.  We leave no one behind.......and it's time to lay it down.

Michael J. Martin spent 12 months in Vietnam, mostly as a Pointman, with the 11th Infantry / Americal Division, class of '68-'69. His citations include: Silver and Bronze Stars, Purple Heart, and Combat Infantryman's Badge.

In the early eighties, Martin teamed with Tim "Doc" Holiday, a decorated, three-tour Navy Corpsman in Vietnam, and the duo performed all across the country. Several songs from their albums, "JOHNNY COMES MARCHIN' HOME" and "TIME TO LAY IT DOWN", became anthems that have helped galvanize the veteran movement. Their musical skills and inspiring leadership made them prominent figures in the cause.

In 1985, they walked 300 miles from Dallas to The Alamo. "Remember The Alamo! And quit telling us to forget about Vietnam!" was the message. The march was so successful, that in 1987 they did a 1600 mile trek from The Alamo to The Wall in DC! There were over 40 other marches, including 900 miles from FL to DC in 1997, when THE LAST PATROL was reinforced by a new generation of vets.   Sadly, Tim Holiday died of cancer in 2000, but Michael J. Martin continues to carry the message that has brought hope and pride to so many and inspires vets of all eras to "Keep The Faith."

Activity highlights See all21
NEW Thank you emails can now be sent directly from the Transactions page.
Alternatively you can still leave a comment here. Jessica Doherty Woods hasn't posted any updates yet.
Newest | Oldest
Show more
NEW Thank you emails can now be sent directly from the Transactions page.
Alternatively you can still leave a comment here.

Jessica Doherty Woods is managing the funds for this campaign. The campaign is for a personal cause.