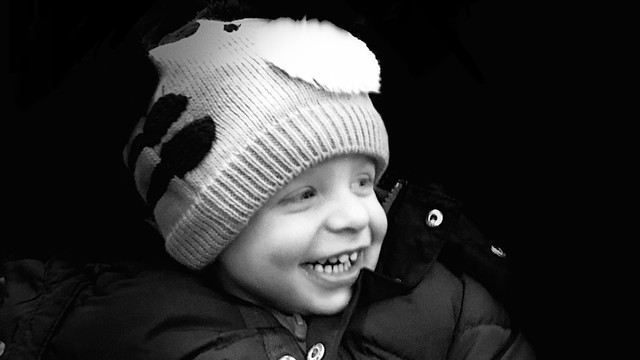 By Daniel McCarthy
Personal campaign Keep it all Chicago, US

How you can help:

On Tuesday, August 7th we were leaving the house for Rita’s birthday dinner when we received a voicemail from James’ doctor.  She said to call immediately and left her personal cell phone number.  As we walked, James was being his usual self: running down Southport Ave and acting like a healthy, happy little boy. Forty-eight hours later, James would be in critical condition, on a ventilator, and fighting for his life.  Two days after that James was diagnosed with an extremely rare form of Leukemia.

When we called the doctor back, she shared that a routine blood test showed James’ white blood cell count was abnormally high and she wanted us to get more tests done by the Leukemia and cancer specialists at Lurie’s Children Hospital.  To put it in perspective, healthy children usually have a white blood cell count of 5,000 to 10,000.  James’ was at 32,000.

Thursday was the soonest appointment we could get with a hematologist - a doctor who specializes in diseases of the blood.  The doctors at Lurie’s confirmed that something was not right.  They wanted to get a bone marrow sample to figure out what was going on and the quickest way to the front of the line was to have James admitted. At that point, there wasn’t a high level of concern for James’ immediate health.  We spent the day playing with trucks, reading books, watching “gee” (Curious George) and looking at cars, trucks, buses and all his favorite sights of the city from the hospital room window.

On Friday morning at 9:30 am, James underwent a procedure to extract a bone marrow and a bone sample from his hip.  The doctor’s shared what they were testing for: James likely either had Leukemia or an auto-immune disease.  Devastation.

A few hours later the oncologist (cancer doctor) called us to the consultation room for a discussion. She shared what was seemingly good news. The initial blood results had ruled out the most common types of Leukemia, which typically make up more than 99% of annual childhood Leukemia diagnosis.  The only cancer they couldn’t rule out was a very rare form of Leukemia called Juvenile myelomonocytic leukemia, or JMML.  We would later learn that JMML is so rare that there are currently only 20 kids diagnosed in the U.S.

While we didn’t yet have an answer for what was affecting James, we cautiously celebrated the news since the other options were an auto immune disease or pneumonia.  We were told the rest of the tests would likely come back on Monday.

That night James’ health rapidly deteriorated. His temperature spiked to 104. His heart rate was racing at 200 beats per minute.  His lungs began to fail.  To help his little body the nurses and doctors put him on oxygen and a few IVs. While we were scared – and not knowing what was happening – we at least had the benefit of being able to talk to the doctors.  James didn’t.

As the night progressed, the doctor’s wanted to increase his oxygen to help with his lungs; and to do so, he needed to be moved to the Pediatric Intensive Care Unit (PICU) and only they could administer the higher dosage.

For the next 24-hours, James would not rest; his body would not let him.  Each time he did fall asleep, he would wake up 10 to 20 minutes later terrified and not knowing what was happening.  His body was in overdrive, IVs and sensors all over his body, a tube inserted down his nose into his stomach – how could he understand?

It was excruciating.  His body was being overworked.  He was having trouble breathing.  He was not getting the rest needed.  He was pleading with all the words he had.  “All done.” “Momma.” “Up.” “Outside.” It was heartbreaking and terrifying to watch our poor little baby so scared and so sick, feeling completely helpless.

The PICU team told us what we could already see.  James’ body could not sustain this pace on his own, so we made the decision to sedate and intubate him (put on a breathing machine.)  It was mentally impossible to hear but we knew it had to be done.  We sat bedside with James as he was sedated and the breathing tubes inserted into his lungs.  This was two days after we walked into the hospital with a seemingly healthy little boy.

Saturday brought a new bombshell.  The only piece of good news we had received instantly disappeared.  Our James had JMML, the rarest type of childhood Leukemia.

The doctors now suspected that James did not have pneumonia.  Instead it was leukemia filling his little lungs with white blood cells.  James’ white blood cell count accelerated rapidly throughout the day from 30,000 (which we previously thought was unimaginably high) to 50,000 to 78,000 to 90,000 to 111,000 to 128,000.

Our little James was now in critical condition.  Some of the best doctors in Chicago were working with him minute-by-minute, hour-by-hour to keep him going.  Everything had happened so fast that we didn’t even have time to process one bit of news before we had moved onto another.  But we kept in mind one thing: if you’ve met James, you know he is a strong-willed little toddler.  If anyone can battle this, it’s James.

While James’ lungs were responding to the breathing machine, it wasn’t enough.  The doctors decided to move him to a new ventilator that could also administer anesthesia gas in addition to breathing for James.  This machine had to be brought up from the E.R. and had only been used a few times on the PICU floor over the past two years.  We were told James may be the sickest patient in the hospital (438 patients) and that he was fighting for his life.

We were grasping for straws. The doctors told us they were running out of things to try.  We discussed unproven options that had never been tried on a patient as young as James.  We signed consent forms.

Fortunately, the new machine began to stabilize James and we took some of those options off the table.  During “rounds” the next morning we counted thirteen doctors and nurses around James’ room to get an update on his condition.  We felt like we were in the right place with the right level of attention from an incredibly experienced medical staff.  We had tremendous support from family and friends – all rallying around James and supporting us day and night.

On Sunday, August 12th- just 5 days after receiving that urgent call from the doctor - James started Chemo.  His chemo is now administered twice a day.  Once for 30-minutes.  Later in the day for 4-hours.  He typically also requires a blood transfusion.  This is in addition to the 18-25 drips of medication he is on every hour.

As crazy as it sounds, this is only part of the story over the past week.  There have been other challenges with blood pressure, his lungs filling with carbon dioxide (CO2), scary challenges switching him to new medical machinery, but tough little James is making progress.  On Wednesday the 15th he moved to a smaller ventilator.  His white blood cells are down to 30,000.

While still on anesthesia, James has been resting in bed with his night time puppy, Curious George stuffed animal and a pacifier in one hand and his favorite toy truck in the other.  We have been reading James books, which is very difficult while keeping your emotions in check.

James has a long fight in front of him.  It’s scary to think about all the challenges ahead but right now we are focused on today. One step at a time, then we will tackle the next target.

Ultimately, the only cure for JMML is a bone marrow transplant, in addition to extensive chemotherapy over the coming months until we find the appropriate donor match.  If you want to see if you would be a match for James, please register at the website below.

Nearly 5,000 kids will be diagnosed with Leukemia this year.  There are a lot of kids like James out there whose only hope is to find a good donor match. You can do it from your own home and it’s as easy as swabbing the inside of your cheek.  Please visit:

You can learn more about JMML at:


Please keep James in your thoughts and prayers.  He’s the sweetest little boy you’ll ever meet.   We can’t wait to hear his voice again.  To see his kind blue eyes.  To have him blow us a kiss with a smile.  I love you James.

You can donate to James’ care at https://fundrazr.com/campaigns/f1OA33/pay

Daniel McCarthy is managing the funds for this campaign. The campaign is for a personal cause.