No thanks
Help Becca Bite Back
SubscribeUnsubscribe
✖
Gallery (2) 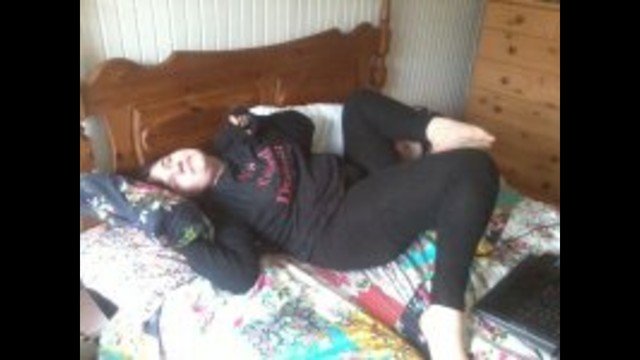 At the age of 6 whilst on holiday in south-west Scotland Becca was bitten by a tick. We didn't know at that time that ticks could carry Lyme Disease. We accepted the Dr's diagnosis when just months later she was incorrectly diagnosed with ME/CFS. Becca has been battling many health problems ever since unaware that the underlying cause was Chronic Lyme Disease.

In 2011 she went to university to start her training as a Midwife. She was truly having the time of her life, feeling that she had found her true vocation and enjoying her Uni social life. Yet her time at university was plagued by constant ill health, and month by month her health kept deteriorating. Literally weeks before her first year was about to end Rebecca was hospitalised and she had no choice but to leave university. Within weeks she became wheelchair bound due to spasms in her legs which gradually spread through the rest of her body. These spasms not only affect her limbs and body but her jaw, neck, feet, hands, tongue and eyes. Her eyes spasms make Becca functionally blind, the longest episode lasted a terrifying 15 hours. She also suffers with many neurological symptoms such as Dystonia, brain fog, fatigue, non-epiletic seizures and many more as a result of the Lyme Disease. At her worst she requires care 24/7.

Chronic Neurological Lyme Disease has turned her life upside down.Yet despite the NHS admitting her problems are most likely caused by Lyme and allowing her some 'long term' antibiotic treatment, that treatment has now been curtailed by NICE guidelines.

However whilst on the antibiotics we saw considerable improvement and our hopes were raised. If we lived in Germany, Poland or some states in America Rebecca could be treated. As we don't, we have had no choice but to turn to a Private Hospital in the hope that they will be able to cure her. The treatment is extremely expensive but already 5 weeks in we have seen the most amazing improvements. However our savings are dwindling and so we are turning to our friends and family to help us launch a fundraising appeal. What price good health?!

Becca desperately needs longterm treatment to cure her of this debilitating disease and to allow her to get back to her midwifery dreams and to just simply living. Please help if you can... Thank you from Rebecca's whole famly

Rebecca Moller is managing the funds for this campaign. The campaign is for a personal cause.