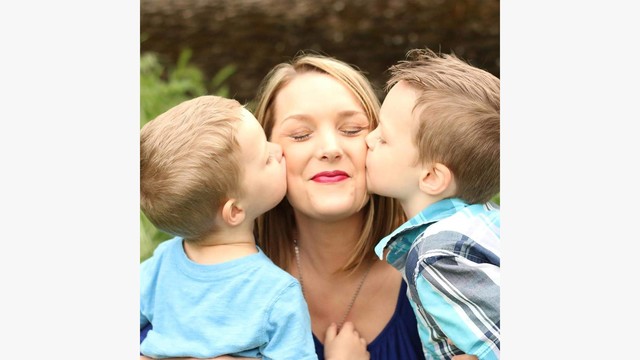 $43,970 raised 83% of $53k goal
293 contributors
102 Weeks running
Contribute
By Justin Nowak
Are you friends?
Personal campaign Keep it all
Nampa, US

On April 9th of 2018 my wife, best friend, and mother of our 3 boys, Rebecca Nowak was diagnosed with Invasive Ductal Carcinoma ER+ and HER2+ an aggressive form of Breast Cancer.  When we received the news our worlds were flipped upside down to say the least.  I rushed home from work to put my arms around my wife and process this new reality, and within an hour received a call from the oncologist to come in and begin a plan of action on how we would treat the Cancer.  Those of you that know Rebecca know that we truly believe in Alternative and Natural ways of Healing, so we were caught in a circumstance that we needed more time to process.  We began praying and asking God for guidance on this Journey, and to align us with the right people/places, and the wisdom to make whatever decision He wanted us to make to get Rebecca well.  After much prayer, Receiving "Signs" and doing tons of research regarding Natural Treatments for Cancer we decided to send my wife to an Alternative Cancer Center in Tijuana Mexico. (To Read The Full Story of What Led us to Mexico Scroll to the bottom section of this page)

Since the Diagnosis, and the First trip to Mexico, we discovered that the Cancer has Tripled in size, Metastasized to her Lymph nodes and possibly her liver.  We are at a point where we need to combat this cancer full force but are running out of funds to do so.  Meanwhile, The Cancer continues to takes it's toll on Rebecca's body.  This morning at 4am I woke up to find my wife sobbing by my side and telling me that she's scared and that her whole body hurts, especially her liver and back.  The Cancer is growing at a pace greater than the treatment that we have been able to give her up to now.  We need to get Rebecca to Mexico for an extended stay of 3-4 weeks where she will be monitored constantly and given the most aggressive treatments possible to counteract what the Cancer is currently doing.  Some of the treatments will include Vitamin C, Ozone, Letrile and IUV therapies along with a Natural Cancer Killing Tonic, Natural Form of "Chemo" (Kills the Cancer Cells without Killing the Good Cells), and an Estrogen Receptor Blocker because the Cancer is Estrogen Fed.   The cost of Rebecca's Treatment, Testing, Scans, for 3-4 weeks  will cost $53,000.

The Full Story on What led us to Mexico

In November 2017 Rebecca had a Thermogram done to check for Breast Cancer due to a suspicious lump in her breast.  She was given a clean bill of health and told by the Thermographer that it was nothing to be concerned with and not Cancer.  We were relieved at that point and went on with our lives but the lump continued to increase in size.  Five Months Later on April 3rd we scheduled a Biopsy which confirmed that it was in fact Grade 3 Invasive Ductal Carcinoma ER+ and HER2+.  The news was devastating and we began to pray for signs and direction from God on what to do next.  After weeks of doing it on our own with a strict diet change, supplements, and cleansing the lymphatic system, with no real improvement, we realized that we needed to get my wife in the care of specialists.   Rebecca decided to call the Thermographer to let her know that she misdiagnosed us, she apologized and explained that most scan and tests are never 100% accurate and they always recommend a second opinion if we have concerns.  She also told Rebecca that she understood what she was going through because 30 years ago she was diagnosed with breast cancer and she beat it naturally at an Alternative Treatment Center in Tijuana, Mexico.  Then she proceeded to tell Rebecca that she had sent over 500 patients to this clinic in the past 15 years and they have all been healed naturally of Cancer.

The following morning I was looking through unpacked boxes (We had just finished a move to Idaho from California when she was diagnosed) trying to find a power cord for the printer to print up some documents, with no luck.  On the 20th or so box that I cut open, I found a white bag with a bright yellow business card in it.  The color of the card caught my attention so I picked it up.  The business card was for the same clinic in Mexico and on the back of the card, it read Ogden, IA.  I was in awe, so I asked my wife where she got this card from?  She was blown away to and had forgotten all about the card.  She proceeded to tell me that an older gentleman that used to come into her work in Iowa gave it to her and said, "If you, or anyone that you know ever gets cancer, you should go to this place, they saved my life and they can save yours".  Rebecca had this card for 12 years.  It made it from Iowa, to 4 different homes in California and now to Idaho to be found within hours of hearing about this clinic for the first time ever from the Thermographer.

Four days later, I was at a swap meet in Garden City, ID.  Within a few minutes of being there, I see a guy wearing a Classic Ford Bronco Shirt which catches my attention because I sell Classic Ford Bronco parts for a living and I own a Classic Ford Bronco, so I say, "Hey man, I like your shirt" After talking Trucks with him for a few minutes, we find out that I have sold him parts in the past and he knew who I was. I explained the situation to him about my wife and he proceeds to tell me about his mother passed from Breast Cancer.  When I told him that we were sending my wife to an Alternative Treatment Center in Mexico, his face lit up and he proceeds to tell me that his friends wife was battling Cancer for years and had been given 3 weeks to live by her Dr’s.  They wanted to give her one more round of Chemo in hopes that it would help, but she refused.  With nothing else to lose, she decided to go to a treatment center in Mexico which ended up being the same Clinic that my wife and I are going to, and is alive and well today

See all activity296
NEW Thank you emails can now be sent directly from the Transactions page.
Alternatively you can still leave a comment here.

Justin Nowak is managing the funds for this campaign. The campaign is for a personal cause.