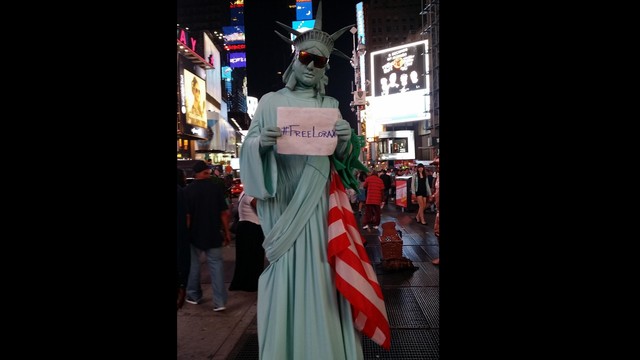 Adam Bennett had a voice on the internet which deserved to be heard. That voice has now been shut down. Using his online radio show, Lorax Live', as a platform to spread the messages of his various guests, he tried to raise awareness for causes such as freedom of speech, freedom on the internet, and reached out to those who are opposed to the machinations of the state which aim to take away the privacy and freedoms of opinion and expression we should have.


It's this voice that drew the attention of the Australian Federal Police in May 2014, and led to his arrest for supposed participation in hactivism. Since then, he has been awaiting prosecution for a variety of charges, which constantly change as Government prosecutors are unable to pin them down. One data breach leading to Bennett's arrest involved a target of Australia's controversial data retention law, which requires ISPs to hold onto subscriber's internet activity (including social network use and emails) for two years and grant extensive access to a variety of governement agencies. Even more irritating is the fact that the prosecution apparently hopes to add Bennett's vulnerability testing of his own employer to list of charges.


Adam has always been a strong advocate for helping others and was heavily involved in charity work within the local community. Until bad publicity from the media, he was working for not-for-profit organization Cancer Support W.A., raising funds for those who were struggling with the crippling effects of cancer and their families. He also spent the rest of his time saving real lives by volunteering as Patrol Officer for Scarborough Surf Life Saving Club.


Adam is now facing a maximum penalty upwards of 60 years in prison for simply protesting and doing research. To properly defend his case the costs could mount up to well over $200,000. We are asking supporters and other people who also oppose governement surveilence to help Adam get the defence he deserves and defeat the prosecution, making it harder for the same types of charges to be laid on others as well as himself.


More information on the prosecution and charges

Some of the @loraxlive Shows here > 'Lorax Live' Show Archive

Thankyou for your support,

Gemma S is managing the funds for this campaign. The campaign is for a personal cause.