Thank you everybody. Our campaign is now over. ✕
Matt DeHart Legal Defense Fund
SubscribeUnsubscribe
✖
Gallery (1) 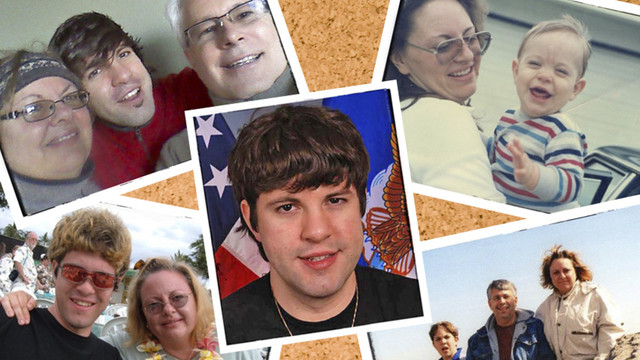 WHO IS MATT DEHART?

Matt DeHart is a 30 year old U.S. Citizen and former U.S. airman with Top Secret clearance who the U.S. government detained at the U.S. Canadian border on an alleged “espionage matter.” While detained he was given a thorazine I.V. without his consent and repeatedly interrogated about Anonymous, Wikileaks, and a file allegedly detailing an FBI investigation of post-9/11 domestic criminal activity by a U.S. intelligence agency that appeared on a server he was an admin on. Later that day the government hastily drafted and filed a criminal complaint, in what looks like a smear campaign, charging Matt with the solicitation of child pornography based on two-year-old allegations it had previously investigated but never filed charges on. The charges stem from nude selfies of a teen found on the phone belonging to another teenager who was part of Matt’s World of Warcraft guild. An irate mother reported Matt after she found them on her son’s phone. No child pornography has been found on any of Matt’s devices, and he vehemently denies the allegations. The FBI interrogated Matt without a lawyer for roughly two weeks, even after one was appointed for him at his federal detention hearing, and never questioned him about matters relating to the child pornography allegations.


Matt was an early associate of Chris Poole, founder of 4-Chan, and was there at its inception. Matt was also an early supporter of Chanology. He is an avid World of Warcraft gamer. His parents, Paul and Leann DeHart, are active in Christian ministry, and both had Top Secret clearance while they worked for the U.S. Military as linguists analyzing signals intelligence. After the FBI interrogation and nearly three years of trying to work through the US legal system the whole family fled to Canada to seek asylum under the UN Convention Against Torture.

Around 8 am on August 6, 2010 Matt DeHart was detained at the United States border with Canada based on an espionage alert that came across the United States Border Patrol’s computers. Immediately the FBI flew special agents up from Washington D.C. to interrogate him. Against his will he was administered thorazine via an I.V. and repeatedly asked questions about a file that had appeared on a server he operated, as well as his alleged connection with Anonymous.

In the afternoon of August 6, a criminal complaint and arrest warrant were filed against Matt based a dormant two year old investigation into allegations that he had solicited child pornography in 2008. This is highly unusual, particularly when allegations related to child pornography are involved. The FBI agents asked nothing about these charges and continued to interrogate him, without a lawyer, regarding the server file on the basis that it involved a matter of national security. Published reports however, suggest that the file in question contains information involving an FBI investigation of domestic criminal activity by the CIA.

On August 7, 2010, as a result of the FBI interrogation, Matt ended up in the emergency room of a nearby hospital. He told the E.R. doctors that FBI agents were interrogating him on a matter of national security. The E.R. doctors dismissed this as delusional talk and diagnosed him as having an acute psychotic break down. He was returned to the custody of the FBI who continued to interrogate him without a lawyer. He did not appear in front of a federal magistrate judge for a detention hearing until August 9, 2010, when there was a brief detention hearing. On August 11, 2010 he appeared again in front of a federal magistrate judge who remanded him back into the custody of the FBI. According to published reports he collapsed in the courtroom after his arraignment. After being taken back into custody by the FBI he was interrogated without a lawyer until August 20, even though the Court had appointed one for him.

The focus of the interrogation was not child pornography – none of which can be found in any of Matt’s computer files, but the alleged national security file on the server he controlled. The FBI forced him to sign consent forms giving up his online identities. Eventually he was arraigned in the Middle District of Tennessee on the child pornography charges. The arraigning Judge commented on the strangeness of Matt’s case –– and the FBI’s behavior –– and commented that the FBI’s case did not seem as strong as they were pretending it was. No espionage charges have ever been filed in this case.

You can read about the details of his case in the links below and come to a decision yourself as to whether this case is really about child pornography or about a cover-up of domestic criminal activity by the CIA.

HOW YOU CAN HELP: DONATE TO THE MATT DEHART DEFENSE FUND

Upon learning about the case through the media and being disturbed by the glaring problems with the record, Tor Ekeland P.C. contacted the DeHarts offering to help. Since the DeHarts had already been forced to sell their home to cover previously incurred legal fees of other lawyers, Tor Ekeland P.C agreed to help with this matter without requiring the family to make any payments for the legal work undertaken by his firm.

This defense fund has been established with the DeHart family’s approval to help defray our expenses in helping the DeHarts with this case, as well as to pay our customary legal fees should any money be available to do so. Anticipated expenses include computer forensics, investigators, court fees, travel expenses (Canada where the DeHarts are, Tennessee, where the case is, and Maine, where the interrogation took place), legal research subscription costs, expert witnesses, and printing, copying and mailing, The more money donated to this fund the less we have to worry about funding it through other sources and the more time we can spend on it. Make no mistake though; we are committed to this case to the end and will defend him vigorously whether we raise $1 with this fund or $1,000,000.00.

ALL DONATIONS ARE THE SOLE PROPERTY OF TOR EKELAND P.C. AND WILL BE USED TOWARDS EXPENSES AND FEES IN THIS MATTER AT TOR EKELAND P.C.’S SOLE DISCRETION. THERE ARE NO REFUNDS. WE EXPECT TO SPEND MONEY ON TRAVEL EXPENSES BETWEEN CANADA, MAINE AND TENNESSEE, THE RETENTION OF EXPERTS, COMPUTER FORENSIC ANALYSIS, CONSULTANTS, AND CUSTOMARY LEGAL FEES AND EXPENSES RELATED TO MATT’S FEDERAL CRIMINAL TRIAL AND ANY OTHER LEGAL ACTIONS WE BRING RELATED TO THIS MATTER. BY DONATING TO THIS FUND YOU ARE AGREEING TO THESE TERMS.

Tor Ekeland is managing the funds for this campaign. The campaign is for a personal cause.