Thank you everybody. Our campaign is now over. ✕
Support Linux Advocates
SubscribeUnsubscribe
✖
Gallery (1) 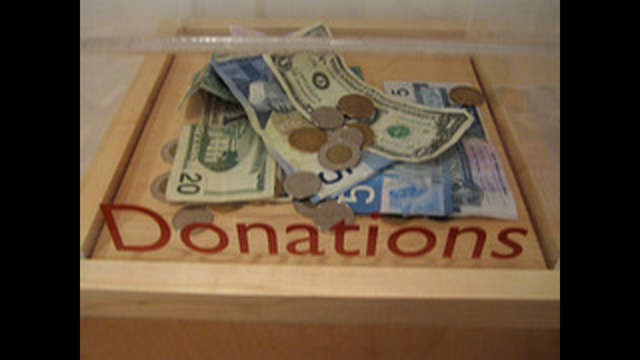 My name is Dietrich T. Schmitz. I am a Linux Advocate and have been so for several years. My first computer was an IBM PC/XT in 1983 and it was connected to an IBM System/34 over 5250 Terminal Emulation. From there, I went on to enjoy a successful career in health-care IT, including considerable use of Linux and publication of an O’Reilly Publishers ‘Perl Success Story’ for managing Batch Eligibility and Service Authorization X12 transaction sets with the New York State Department of Health.

What Is Linux Advocates?

Linux Advocates, the website, was born out of a passion for Linux and Free and Open Source Software (FOSS). My colleague, respected tech journalist Katherine Noyes (aka “Linux Girl”), and I have felt for a long time that there was an unmet need for a news and opinion site dedicated to Linux Advocacy. I've successfully run a Google+ community called “Linux Advocates” for several months already, and in January I acquired the domain name as well. On February 1st, we launched Linux Advocates the site in the hopes of advancing the use of Linux and FOSS throughout the world.

Why Does It Matter?

Why is Linux important? In a nutshell, because freedom is important. Linux and FOSS are not so much 'things' as they are elements of a philosophy of sharing that Katherine and I both strongly believe in. The very idea of sharing is a human quality that promotes the betterment of society at large, and with it comes the belief that we all have an implied obligation to do the right thing in helping others. Proprietary software such as what dominates so many computers in the Western world today tends to be prohibitively expensive—thus out of reach for many of the world's users—and it places many restrictions on how it can be used. By making high-quality software not just free from a cost perspective but also free in terms of the user's ability to use it and modify it the way they want to, Linux and other FOSS hold tremendous potential to improve the lives of their Users. When you can see the code, make changes to it, exchange ideas and work in a community on projects that produce software for the net benefit of everyone involved, the world can't help but be a better place.

On a more personal note, I have had an extended period of unemployment spanning a year now, and the need to find employment has been exacerbated by the current economic conditions and ever-tightening IT budgets. A venture such as Linux Advocates will allow me to serve the public and regain a livelihood. In certain respects, I find myself in a situation where ‘necessity is the Mother of Invention,’ and so I am focused on this initiative to sustain my personal beliefs and passion for Linux.

What We Hope To Achieve

For the month of April 2013, Linux Advocates has averaged 4,000 daily page views--which is four times the traffic we saw in the first month (February). I fully expect to grow this website with the intention of continued expansion of Linux Advocacy, bringing in contributors to write their own stories, monitoring current Information Technology trends and current events, featuring special guest writers and interviews, and facilitating group events geared toward promoting Linux and FOSS.

With guidance from Katherine, who for many years taught marketing at the college level, I plan to develop a marketing plan for LA which will include advertising as a revenue stream to offset the ongoing cost of operation, including promotional spots of key technologies by Video and Audio feeds, interviews with leadership in the Linux community, and a broadened list of Contributors to promote high-quality, valuable content.

Eventually, we hope to make Linux Advocates the site everyone turns to for the news, opinion, tips and insight that's most relevant to the use and promotion of Linux and software freedom around the globe.

I launched Linux Advocates at my own expense and have devoted considerable time and energy to getting it started off on the right foot. In order to continue operating it at the same level, I anticipate devoting myself in a full-time capacity. To that end, I anticipate the need to defray costs of $10,000 over the next six (6) months.

I truly believe that with your help, this site can make a real difference advancing Linux and free software throughout the world.

Dietrich Schmitz is managing the funds for this campaign. The campaign is for a personal cause.