Please visit our new campaign, You Lucky You Got A Mama ✕
Brittany and Alexis Legal Defense Fund
SubscribeUnsubscribe
✖
Gallery (1) 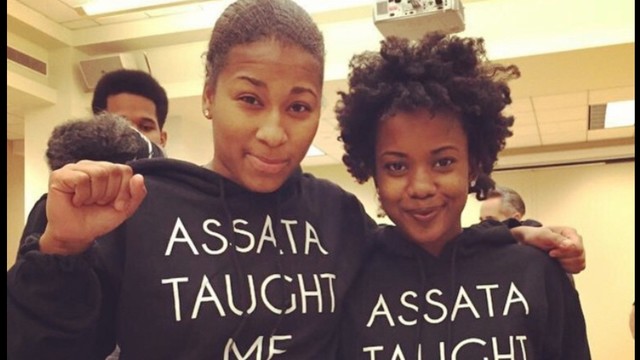 On the anniversary of the killing of Mike Brown, the people of St. Louis stood together and were met with harsh, unlawful treatment by law enforcement officials.

One small way we can support those who are fighting for justice is to assert the right of every individual to legal representation. Every person has the right to due process, zealous representation and fair trial.

Since the murder of Michael Brown over a year ago, Brittany Ferrell  and Alexis Templeton have been actively organizing, protesting, and working with community to ensure that the devaluation of black lives and the silencing of black voices comes to an end. While the political landscape has been greatly affected by the movement for black lives, more than 1,083 Americans have been killed since Michael Brown's murder. One day after the one year anniversary of Michael Brown's murder, Brittany Ferrell, Alexis Templeton and others took to the streets once again to call attention to continued police violence and systemic racism. Their action was met with assault on their bodies and unlawful arrest not only of action participants, but medics, legal observers, and anyone in a position to witness the violent police response.

While black people continue to be killed by police, and the daily assault on our people and culture continues, so does our fight. Brittany and Alexis Legal Assistance and Support Fund has been set up to provide funds for legal assistance to activists who are targeted by the state for prosecution. Funds will be used for legal assistance, support, and restitution. Alexis, Brittany, and others need your support to continue their fight both in the courts and beyond.

Please donate to this fund to ensure that every person arrested during this crisis, including Brittany and Alexis, regardless of charges, has access to proper legal representation.

Brittany Ferrell is managing the funds for this campaign. The campaign is for a personal cause.