Thank you everybody. Our campaign is now over. ✕
Freedom of Speech - David & Goliath legal battle!
✖
Gallery (1) 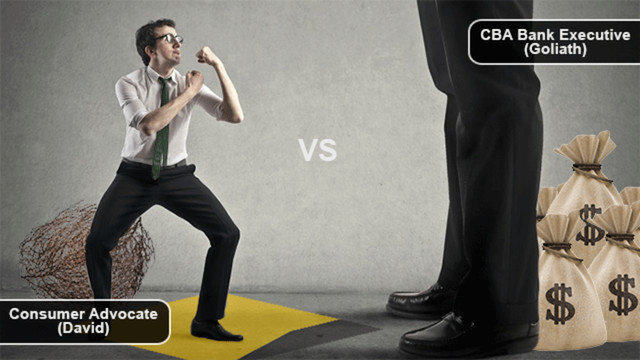 You may have heard in the media that many thousands of customers lost their life savings in the Commonwealth Bank Financial Planning Scandal, Storm Financial (involving CBA) and the CBA purchase of BankWest etc.I decided to assist some victims pro-bono who had approached me after learning I advocate for victims of corporate misconduct. In my advocacy efforts, I approached the Head of Customer Experience at CBA.

I can't say much more because the matter is before the courts, however in November of 2014, the executive served me with a notice stating that he was personally suing me for defamation. As far as I am aware, I'm the first person to ever be personally sued by a high-profile bank executive for defamation. Further to this, CBA have now admitted to The Age, SMH & The Australian that they are funding his case, despite not being a party to the proceedings.

"This will be a landmark case about Freedom of Speech, Whistleblower Protections and the Journalistic Rights of Independent Media, among other things."

The CBA executive refused our suggestion of mediation – however the court has now ordered it. It is apparent the executive is determined to continue to trial. The legal letters have been coming thick and fast containing numerous onerous demands. I have found this quite intimidating and quite stressful, and would have been obliterated, had legal firm Levitt Robinson Solicitors not stepped in to give me some significant help. This executive is one of the highest ranked executives within the CBA, Australia's biggest and most powerful $150 billion dollar corporation. CBA have already declared me as an enemy, and I believe they will put unlimited resources into this case and do anything they can to stop me advocating for their genuinely disaffected customers.

Why I Am Requesting Donations

Ordinarily, I cover my living costs by my consulting work, which allows for me to focus upon my advocacy.

As an advocate that works predominantly on a pro-bono basis, I normally only just scrape by covering my basic living costs. This case is going to cost me a lot in travel, lost paid work, and I am already thousands of dollars behind on my living expenses due to the time I have had to put into preparation for this case. I am most likely going to have to pay a barrister tens of thousands to defend me against a team of CBA lawyers during my trial.

Your generosity will allow me to continue my advocacy for others and stand up to the bullying tactics of the CBA and it’s executive’s conduct.

What Donations Will Be Used For

Note: I hate asking for money, which is probably why I have none right now.

However, just a $5 or $10 donation from two thousand people would give me greater chance to beat the bank and protect everyone's freedom of speech against corporate misconduct!

I understand I am not far off going to trial, with the case likely to run for up to 14 days. I also now have been ordered to attend mediation. I live on the Gold Coast and for all matters I have to travel to, and stay in, Sydney. I currently have only $23 in my bank account.

Why Should You Donate

This case is not just about me. Winning this case will show others that they can face up to the banks about serious misconduct, to stand up for what is right, and win.

This is also about Freedom of Speech, and Whistle-blower Protections, and the Journalistic Rights of Independent Media. In Australia we should be allowed to honestly speak out against what we believe to be wrong, and without fearing financial and emotional annihilation at the hands of a big corporation for simply speaking up.

We are Australian, and we are strong as a people, and I will do whatever it takes - without breaking the law - to protect our rights and our freedoms and to hold any corporate executive or CEO’s accountable for any allegations of community harm by their corporations.

About My Advocacy Work

My name is Michael Fraser (aka The Arbitrator), and I work full time - mostly on a pro-bono basis - as a Business and Consumer Relationship Advocate, a niche of advocacy I created, and am pioneering.

I speak up against corporations behaving badly and I do my best to fight for the rights of Australian people affected. I specifically focus on executives and CEOs' that are corrupt, ignore serious issues, or are not doing their job. Either way, their actions, or lack of action, have the ability to negatively impact the lives of 1000's of customers. If someone doesn't keep them honest, then we all suffer.

My current campaigns target, Toll Road Penalty Fees, Illegal Underpayment of Wages, BoQ Wrongful Owner Manager Terminations, Denied CommInsure Claims and Other Assorted Customer Complaints related to CommBank. You can view some of my campaign initiatives on my website. http://thearbitrator.co/

With the help of volunteers and whistle-blowers we have achieved some great results in the last 2.5 years for customers with Telstra, Optus, BoQ, CommBank, Other Banks, and an assortment of other companies.

We have also worked behind the scenes with the media and various politicians to help raise systemic issues and hold the powers that be accountable.


So please help me to help others and share this to create awareness of this landmark case.

Michael Fraser aka The Arbitrator 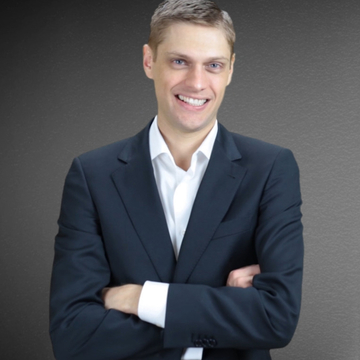 Michael Fraser is managing the funds for this campaign. The campaign is for a personal cause.