Thank you everybody. Our campaign is now over. ✕
Bail Relief Fund for Cleveland Activists
SubscribeUnsubscribe
✖
Gallery (1) 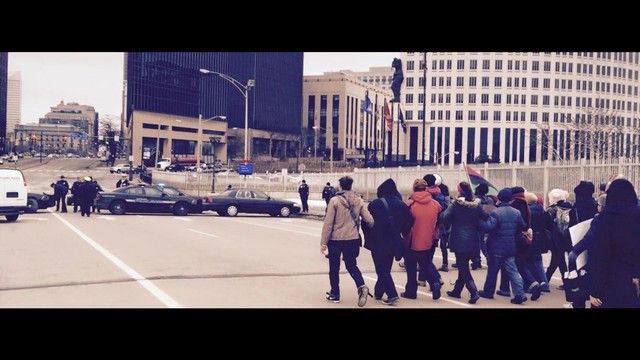 In November of 2014, Tanisha Anderson and Tamir Rice were killed by Cleveland police officers. Local activists have been rallying to demand justice for them ever since, but that does not come without risks. One risk is arrest, and we have established this fund to support those arrested during direct action related to police brutality in Cleveland, Ohio.

Donations large and small will help to alleviate some of the burden placed on activists who sacrifice their time & well-being to call for justice on behalf of those whose voices have been silenced.

100% of the funds raised by this campaign will go to bail relief for activists arrested during direct action for this cause.

Tanisha Anderson died after officers who had been called to the family residence to help her performed a takedown maneuver then physically restrained her in a prone position. She had a documented history of mental illness and was in crisis at the time.

Tamir Rice was shot to death by a rookie officer who had previously been deemed unfit for service by another police department. Tamir was 12-years old and playing with a replica gun on a playground near his home.

The photo above was taken during a MLK rally in Cleveland. It was taken just after 3 activists were arrested in separate encounters on the bridge. Immediately following this moment, the entire group of 60+ activists were detained by police after a commanding officer lost his phone on the bridge during one of those arrests. The group was told they would all be arrested if the phone was not turned over AND they would be arrested if they attempted to walk past the road block established by police. This was an unlawful and unreasonable detainment, and it speaks to just how unpredictable & unreasonable arrests can be.

Rachelle Smith Erste is managing the funds for this campaign. The campaign is for a personal cause.