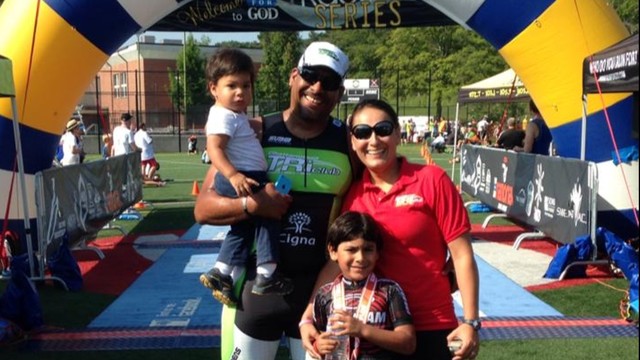 $8,570 raised
78 contributors
5 Years running
Contribute
By John Critchfield
Are you friends?
Personal campaign Keep it all
Chattanooga, TN, US

I know some of you know Andres Garcia, but many of you don’t. Andres is a husband, a father, a triathlete, and a Chattanoogan.

Andres was injured while riding the IMCHOO route on August 30th. He hit a pothole, lost control and was thrown head over heels. Immediately after the wreck he was unconscious and not breathing. Thanks to a quick thinking surgeon on the ride Andres was revived, stabilized and was later taken to Erlanger.

There it was discvoered that he had fractured his T6 and T7 vertebrae and had several leaks in his brain. Andres is a kind, thoughtful man. I had the pleasure of riding the route with him several times. He is the sole breadwinner for his family and was to compete in Ironman Chattanooga, 2014. Now, he sufferers untold medical bills, missed time from work and the inability to compete in Ironman.

I am both a new and slow cyclist, but he never left me behind. He always rode from front to back to front again, checking on everyone on the ride....making sure everyone was OK...leaving no rider behind. Now it is Andres that needs help. Please join me in helping fund Andres’ recovery.  Let’s follow Andres' example - let's leave no rider behind!

Activity highlights See all82
NEW Thank you emails can now be sent directly from the Transactions page.
Alternatively you can still leave a comment here.

John Critchfield hasn't posted any updates yet.
Newest | Oldest
Show more
NEW Thank you emails can now be sent directly from the Transactions page.
Alternatively you can still leave a comment here.

John Critchfield is managing the funds for this campaign. The campaign is for a personal cause.