Blind Injustice in Victoria, BC, Canada
Contribute
Campaign extended! Our deadline has passed but you can still help. ✕

No thanks
Blind Injustice in Victoria, BC, Canada
✖
Gallery (2) 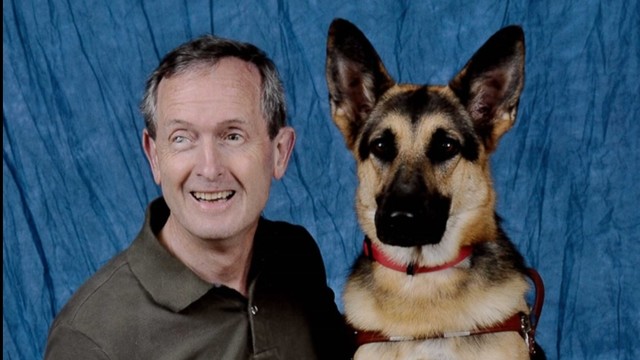 My name is Graeme McCreath. I became blind from glaucoma and secondary ophthalmitis at age nine.  Click here to listen to the Youtube video on the issue as told by another blind person in the UK.

In the photo is my old guide dog Adrienne, recently retired, and the dog at the heart of my story.

I was out with friends at a restaurant in the summer of 2014. At the end of the evening one of the party called for a taxi. When the taxi arrived the driver refused Adrienne, saying "Can't take the dog" with no other explanation.   I was hurt and publicly humiliated as this occured on a busy city street.

Closed Caption Description of Cartoon: in case you cannot see the cartoon below : it is a typical 3 part cartoon strip in B&W. On the left you see three people and a dog waiting for a taxi - the blind person is holding up a card with word "taxi" above his head. There is also a taxi stand sign. The middle image shows a taxi arriving. The people cannot be seen as they are now behind the taxi. The blind person's arm holding the sign is still visible. The third image is the punch-line. The taxi is gone in a puff of smoke, the two seeing people are also surprisingly gone. They obviously have jumped the queue. The seeing-eye dog is saying to himself (in a bubble above his head) "Wow! He must be invisible!". Feel free to use this image. 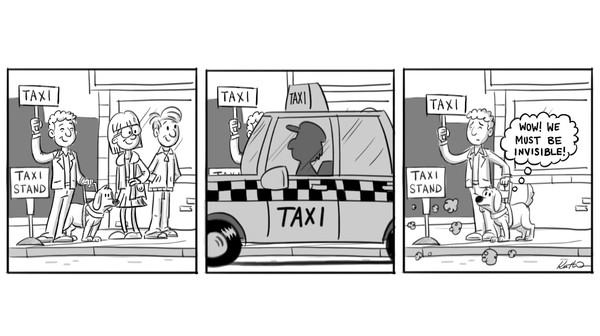 After e-mailing Victoria taxi and being told by the Manager, Sean Convy,  that they had 15 drivers who would not take guide dogs I decided to file a human rights claim.  Knowing the BC. Guide Animal Act was in place to protect us, I thought it would be a simple matter.  Although I had been refused in the past I felt for once the driver, Bruce MacGregor, should not blatantly disobey the law without consequences. The public hearing took place on 14th July, 2015.  Much to my distress and puzzlement Tribunal Member Jacqueline Beltgens ruled against me and dismissed the case.  Despite the tribunal conceding I was discriminated against and there being no evidence of an allergy together with the driver not even attending, Ms Beltgens made several conspicuous errors to rule against me.  Her written decision muddled facts with assumptions  and did not reflect the actual evidence, or lack of evidence,  presented at the proceedings.

Myself along with all guide dog users hope to right this wrong done to us .

Your contributions in this appeal will help towards reaching our goal of $15,000 required to fight this injustice.

Blind people and their loyal companions across Canada will be forever grateful - Thank you.

For other blind people around the world, please tell your stories on Google+:

P.S I fight this injustice with no malice. The reason it is so important is that Blind people and our guide dogs must make every effort to restore our access rights before further damage is done. This unfortunate ruling indicates the people making decisions affecting disadvantaged minorities are presently unable to grasp that an unequal taxi service is an illegal policy.  If a percentage of drivers do not take guide dogs (dogs which always lie quietly on the floor), then the availability and opportunity to get a taxi in any given situation is severely reduced for the very people who cannot drive and are in need of the community's help. I hope you will understand this and contribute right now to our campaign here at BLACKPRESS4GOOD.com

Thank you BLACK PRESS for sponsoring such a system.

Blind taxi user was doubly victimized - Re: "Tribunal dismisses blind man's complaint against taxi," Oct. 27, 2015
B.C. Human Rights Tribunal member Jacqueline Beltgens has erred in ruling against guide-dog user Graeme McCreath. McCreath was not seeking a special "accommodation," but rather the protection of his lawful rights.
The Guide Animal Act clearly states that "a person with a disability accompanied by a guide animal may, in the same manner as a person not accompanied by an animal, enter and use an accommodation, conveyance, eating place, lodging place or any other place to which the public is invited or has access so long as the guide animal is prevented from occupying a seat... and held by a leash or harness ... A person must not interfere with the exercise of [this] right."
It is the taxi driver who is seeking a special accommodation, not the guide-dog user.
If such an accommodation is warranted, it is up to the taxi company to do the accommodating - not McCreath.
It is outrageous that the company thinks denying McCreath his access rights under the law is an acceptable way to accommodate its employee. It must find another way - one that does not break the law. (Perhaps the installation of a Plexiglas barrier between front and back, which would also be beneficial for drivers' security and ventilation. Perhaps a desk job.)

McCreath's rights are crystal clear and have been violated. He has now been doubly victimized, once by Victoria Taxi, and once by the Human Rights Tribunal.
Frederick Driver

Re: Taxis can snub service animals, Oct. 20 Jacqueline Beltgens of B.C. Human Rights Tribunal says Graeme McCreath was only “inconvenienced,” when a Victoria Taxi driver denied him service and called a second cab to pick him up. Was Rosa Parks only “inconvenienced” by being shunted to the back of the bus, even though it would arrive at her destination the same time as the front? McCreath was discriminated against, plain and simple.


At the hearing McCreath supplied proof of certification of his guide dog and of his blindness. In contrast, the taxi company lacked any specific dog allergy proof, even stating that some drivers just don’t want to take dogs. Yet the tribunal found the taxi driver’s evidence sufficient to dismiss McCreath’s case. Beltgens defied reason and endorsed discriminatory practices of Victoria Taxi, setting blind people’s equal access rights back decades. Beltgens and the Human Rights Tribunal didn’t “get” what discrimination is.
DORIS BELUSIC
Victoria

PPPS to get involved and for further informaton on seminars, conventions and speakers, go to www.thepoliticsofblindness.com

Graeme McCreath hasn't posted any updates yet.
Newest | Oldest
Show more
NEW Thank you emails can now be sent directly from the Transactions page.
Alternatively you can still leave a comment here. 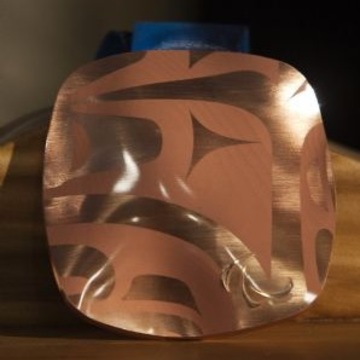 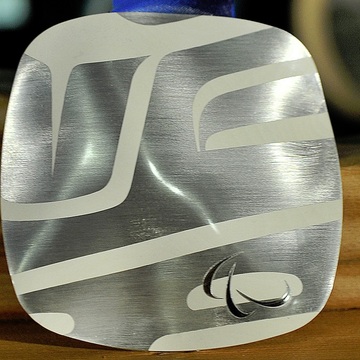 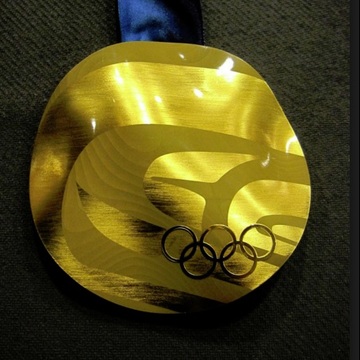 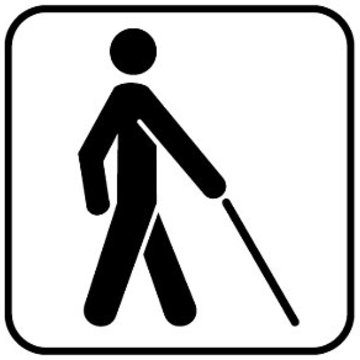 $1,000 CAD
Champion of Justice
This is a very important issue for me. I am pleased to donate at this level to help fight this injustice and right the wrong.
More ... Less ... 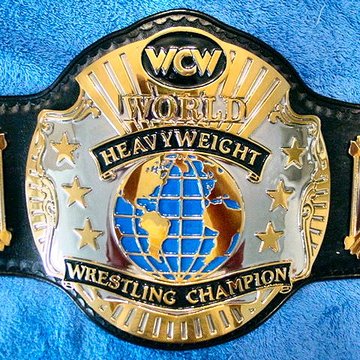 Graeme McCreath is managing the funds for this campaign. The campaign is for a personal cause.