No thanks
Fighting for my brothers future
SubscribeUnsubscribe
✖
Gallery (1) 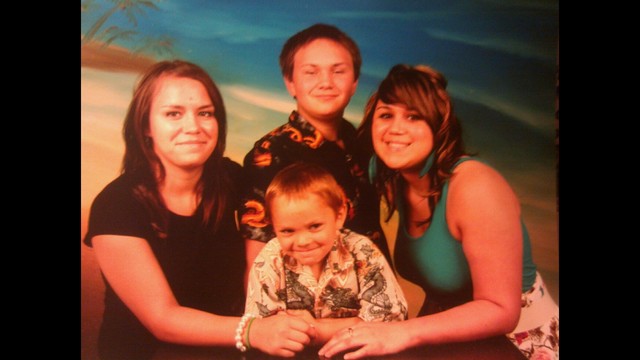 March 2015 is a month that will change mine and my family's life forever. My brother Christopher is one of the smartest, most intelligent guys I know. He has a 4.0 GPA and is guaranteed a full ride scholarship to college. He was supposed to graduate this May from Flowing Wells High School in 2015. He planned on pursuing his love for animals by going into the field of veterinary sciences. However everything Christopher has worked for could be gone in a flash.

Christopher has grown up in the same house, in the same neighborhood, with the same friends for almost his whole life. He’s respectful, has manners, and is a complete gentleman. My parents raised him exceptionally well and because of this he always has and always will respect and fight for the ones he loves.

As of today my brother, his two best male friends, a girlfriend and the girl who was being bullied in the first place are in custody. They are being held at a 25,000 bond and my brother is being held on a 100,000 dollar bond. They are being tried as adults for conspiracy to commit first degree murder. While threats are completely unacceptable and unforgiving we also have to think that five of the smartest students at Flowing Wells High School could lose their promising futures for trying to stand up for one another.

My parents are two of the hardest working people I know, putting in 50-60 hours of work each week to give their children the best future possible, a future they never had. However they are in no way capable of coming up with the money it takes to hire a good lawyer to fight on my brothers behalf. They are discussing the possibilities of taking out their retirement and even selling my childhood home, a house they’ve worked their entire lives to keep and pay for. Please donate anything you can so that my family can give my brother a second chance at life. We know that what he and his friends did is extremely serious and should not be thrown around jokingly, but we also know that if we don’t fight for a second chance for these seniors that they could lose everything they have ever worked for and everything they have not experienced. Please fight this fight with me as friend, a neighbor, or just as someone who believes in second chances.

Anastasia Mitchell is managing the funds for this campaign. The campaign is for a personal cause.