No thanks
JOIN THE JOURNEY ! CHE IN CONGO
SubscribeUnsubscribe
✖
Gallery (2) 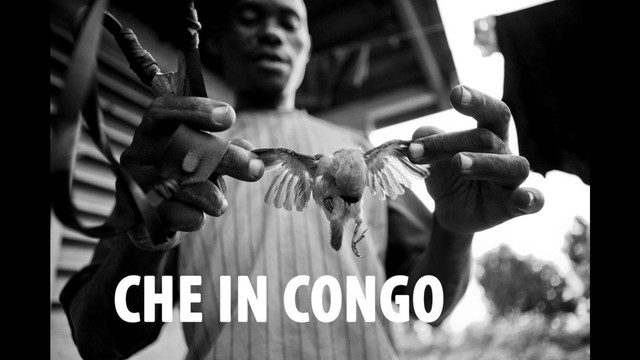 On the eve of the 50th Anniversary of Che Guevara’s secret mission to Congo we will follow Che’s footsteps to Tanzania and the Democratic Republic of Congo.

CHE IN CONGO is a unique approach to understanding Congo's past, present and future by award-winning photojournalist Jan-Joseph Stok and Palme D'Or nominated filmmaker Ben Crowe. Through photography and film we will explore this unrevealed chapter of Che Guevara's life. How do Che's ideals of liberty, equality, justice and self determination resonate with Congolese people today? On our journey we will document the issues faced by the people of Congo and hear about their dreams for a better future. 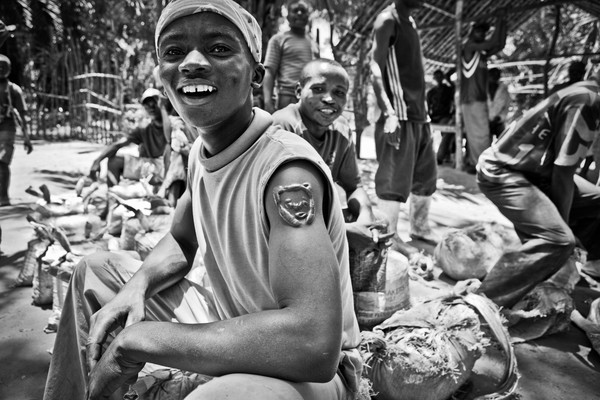 Because of the nature of this project - experimental and personal - it makes it hard to finance in a conventional way. Journalistic assignments demand a certain way of working and certain kinds of images. This project will have its own independent character and needs to be free in its approach in order to be successful. We will be giving voice to people we meet on the road and in villages. We'll be off the beaten path embracing the randomness of encounters.

The money that we raise will go to funding: 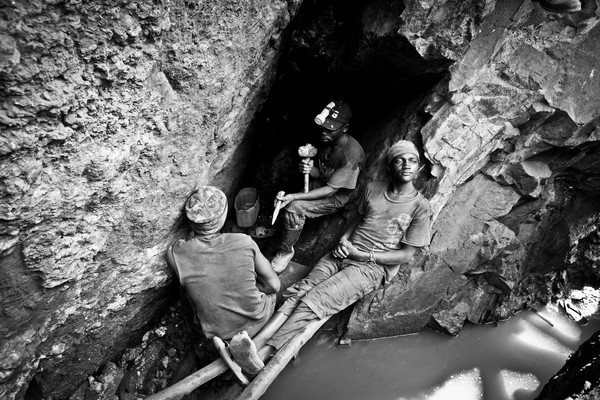 What have we done so far? We've been to Cuba! We have already made a self-funded research trip to Havana to investigate the origins of the story of Che in Congo and to help plan the Congo journey. During that visit we met with the son of Che Guevara, Camillo Guevarra (Director of the Che Guevara study center) who gave his authorization to work on this subject. We also interviewed five veterans, including the commander of the rescue team, Manuel Alvarez Montoya and Victor Dreke, Che’s second in command throughout Congo. Victor Dreke gave us a book that was originally dedicated to the son of Patrice Lumumba, Guy-Patrice Lumbuba, to hand to him personally in Congo. We will honour this request! 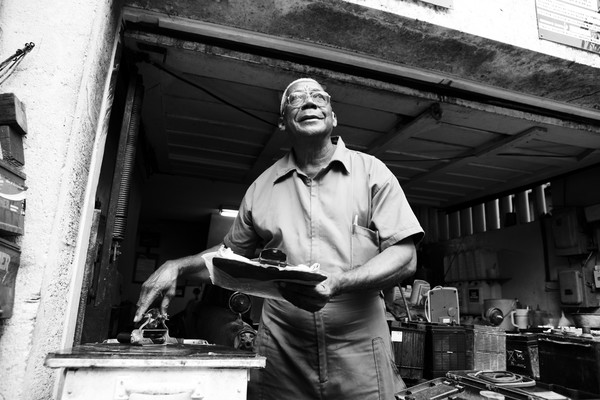 We were also able to gather photographs of the personal belongings of the Congo veterans and photos that they took themselves during the mission - artifacts that have never before been widely seen! These photos, interviews and video made by the team were edited by Ben into the video 'CHE IN CONGO - The beginning'.

What's the final destination of CHE IN CONGO? A beautifully crafted photobook, gallery and travelling exhibitions featuring the multimedia works, a set of magazine publications and film screenings at international film festivals. 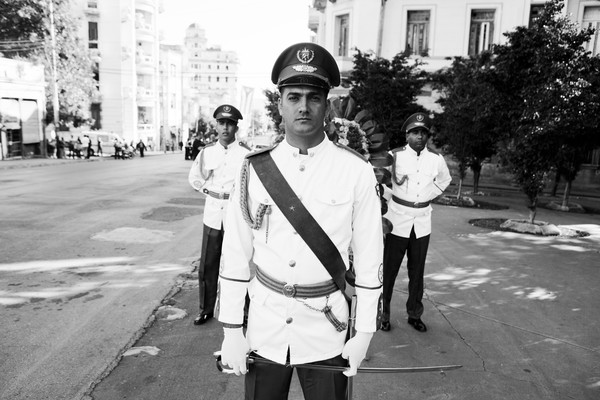 BACKGROUND TO THE STORY

In 1965, at the height of Cold War, Che Guevara left Cuba on a secret journey to Eastern Congo. His mission was to support the Congolese revolutionary insurgency against imperialist forces.

What became known as the Simba rebellion pitched a dozen Congolese politicians and commanders including latter day President Laurent Kabila against the Congolese army led by Joseph Mobutu, white mercenaries and CIA trained anti-Castro Cubans. With a few hundred Cuban and Congolese fighters, Che and his men fought for six months in the forests and hills of South Kivu and Katanga province. The mission was a disaster. encircled by enemy forces, Che and his men evaded capture in an ignoble escape across Lake Tanganyika. Just a few days later, Mobutu deposed the President of Congo in a coup d’etat and made himself ruler of the newly named Zaire: a tyrant of the people for the next thirty years. Two years later, Che was killed during a similar doomed mission in Bolivia. His ‘revolutionary heroism’ and sacrifice – both celebrated and despised in equal measure – laid the foundation for the global icon of revolution we know today. 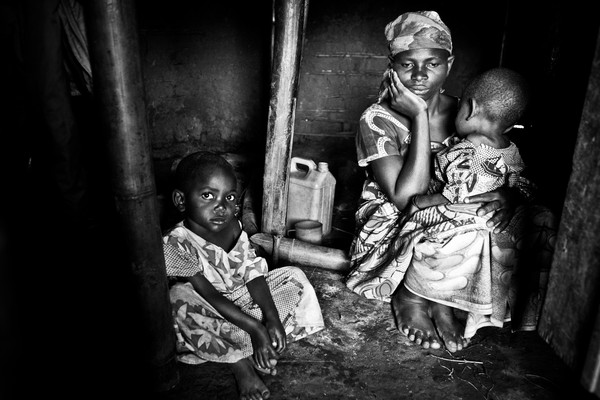 For the last ten years I have worked almost every year in Congo. This project will allow me to express in more depth and with more intimacy many of the issues I have touched on with my journalistic assignments. Africa in general, has for a long time, been misrepresented. The image most of the people in the Western World have of Africa, and of Congo, is a very dramatic and stereotypical one: one of hunger, war and misery. Following in the footsteps of Che is a vehicle to tell the story of Congo in a different way. My aim is to let the encounter happen on the way, and to give the Congolese a voice to reflect on their own country in their own way. At the same time, the project can attract an audience fascinated by the icon of Che Guevara, to a country they may never have considered before. The project will raise questions about the condition of Congo now and over the years, and allow reflection on ways for a better future.

A creative collaboration like CHE IN CONGO may only come along once or twice for a filmmaker. When Jan-Joseph told me the story of Che in Congo one day whilst we were working in Goma, different fragments of my life came together.

I knew Che Guevara as pop icon cliché of teenage rebellion. And then I studied political science, development, worked in conflict zones and human rights. A more complex and fascinating picture emerged. Che’s revolutionary ideal of self-less dedication to a cause - freedom from oppression and the right to live with dignity – is inspirational. Truly, no one should grow fat off the poverty of others. But the abuses of communist/socialist regimes and realities of revolutionary violence are abhorrent. To liberate the world’s poor from the enslavement and oppression of capitalist imperialism, Che wanted to start a third world war. Nuclear annihilation was an acceptable risk if it could bring the USA to its knees. Hero? Dreamer? Crazy zealot? Perhaps all of them.

CHE IN CONGO is a moment of integration: to explore the past, present and future of this troubled region.

The team behind CHE IN CONGO have worked in Congo and across Africa - independently and collaboratively - for many years as photojournalist and filmmaker for the international press and NGOs. Much of our work has a humanitarian focus and we are experienced working in conflict and post-conflict zones. Securing the right visas, permits, transportation, logistics, budgeting, working safely - and producing excellent photo and video - is the core of our work.

€10
Contribution of 10 Euros
Special thank you with your name on our site and the materials we produce. Email updates about evolution of the project.
More ... Less ...

€25
Contribution of 25 Euros
Special Online preview of the photo gallery of the project and access to a special behind the scene. Special thank you with your name on our site and the materials we produce. Email updates about evolution of the project.
More ... Less ...

€50
Contribution of 50 Euros
Exclusive Online viewing of the Che in Congo films + Special Online preview of the photo gallery of the project. Special thank you with your name on our site and the materials we produce. Email updates about evolution of the project.
More ... Less ...

€100
Contribution of 100 Euros
Our heartfelt thanks published on our site, a credit in the Photobook and short films, email updates on the project and access to the private gallery of the photos, a limited edition set of 10 photo postcards from the project, your personal digital download of the films, PLUS a limited edition CHE IN CONGO T-shirt made from Fair trade organic coton ( 250 available)
More ... Less ...

€500
Contribution of 500 Euros.
Limited edition Photo Print (1/30) from the Che in Congo series.Professionally printed 50 cm x 70 cm.Exclusive Online viewing of the Che in Congo films + Special Online preview of the photo gallery of the project. Special thank you with your name on our site and the materials we produce. Email updates about evolution of the project.
More ... Less ...

Jan-Joseph Stok is managing the funds for this campaign. The campaign is for a personal cause.