No thanks
Kevin Curran is running for LabourStart
SubscribeUnsubscribe
✖
Gallery (3) 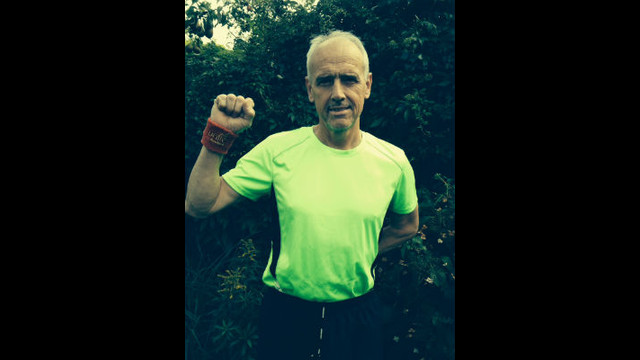 Kevin Curran, chair of the Central London Hotel Workers branch of Unite the Union and former general secretary of the GMB, is running the Snowdonia Marathon on 25 October 2014 to raise money for LabourStart.  Here is what he writes:

"Like many British trade unionists, I rely on LabourStart to keep me informed about the struggles of sisters and brothers worldwide.

"I have been privileged to meet many trade union members in other countries and have learnt to respect what many achieve with the minimum of resources in often hostile -- and sometimes lethal -- circumstances.

"The development of the web and the Internet has enabled the dissemination of information about these struggles and given us all the opportunity to express our solidarity and provide support to those in struggle -- and for this we owe LabourStart a great debt.

"I welcome the holding of LabourStart global solidarity conferences, but feel that those who need new communications technologies the most are often those who least afford to attend.

"Therefore, I intend to run the Snowdonia Marathon in Wales and invite sponsorship to create a fund to allow under-resourced trade unionists to attend the next LabourStart conference.

"This marathon is particularly tough and I plan for it to be my last one, and through it I hope (if I finish!) to make a small contribution to the great work that LabourStart does.

"I'll kick it all off making a contribution of £100.  I would very much appreciate any amount that you may be able to afford."

Eric Lee is managing the funds for this campaign. The campaign is for a personal cause.