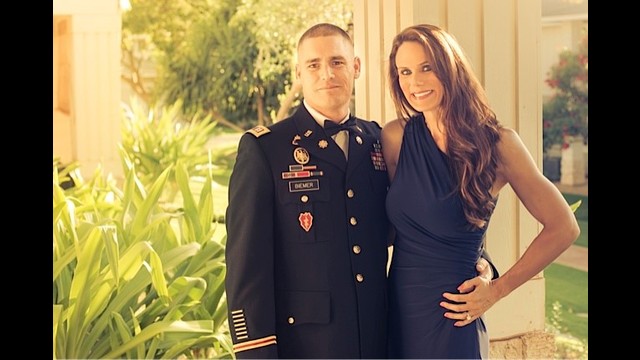 Currently stationed in Afghanistan, my brother in law, Captain Biemer is a nineteen year veteran of the United States Marine Corps and the Unites States Army.  Over these years he has been deployed to over 14 different countries, including Iraq and Afghanistan. He earned, among a host of other service accommodations, the Purple Heart for wounds received in combat.  His full military bio is attached.

Each day we all enjoy the many benefits that our service men and women’s sacrifices’ and commitment to our freedom provide.  My purpose in writing each of you today is to present an opportunity to show your gratitude to one of those American Heroes – Captain Biemer.  We intend to make one of David’s  dreams a reality.

First a question – have you ever owned a boat and experienced the joys of ownership with family and friends – if so you will understand.

Several years ago David purchased a 1993 Caravelle Interceptor.  As you will read later in this letter, the family boat has seen its better days.  Our goal is  to transform the old beat up Interceptorinto a turnkey, head turning, fully operational family boat, that’s ready for him and his family to enjoy together when he returns from his most recent deployment in Afghanistan this September.

Because of his service and commitment to his country, regular upkeep on the boat took a back seat. He bought the boat many years ago, and enjoyed a couple seasons of fun on it before he was again deployed overseas. While he was away, he arranged to have some work  done on the boat, but unfortunately, the repair shop he hired was less than honorable and took advantage of the situation. The agreement was the boat was to be kept in a covered or garaged area and certain repairs were to be done. The work that was paid for was never completed, and when his family went to pick up the boat from the repair shop, they found the boat in shambles and parked under a tree, which the repair shop considered their “covered parking”.

With this unpleasant news in hand, David set out to have the boat restored and repaired so that he, wife Monica and their daughters Noella, Lola and their most recent addition Mila could enjoy it again. As fate would have it, prior to being able to do so he was deployed againleaving it in complete disrepair.

Over the years during deployments David has done all he can to patch things together on the boat and take his family out, but the boat is in such disrepair, that it rarely makes it out for the day. For the Biemer family, this boat was and should be again, a source of fun, relaxation and opportunity to build family memories.

Here is our opportunity…We’ve crunched numbers and gotten estimates on a complete restoration transforming the boat from where she is now to what David has dreamed of for his family.  To do so we need to raise $10,000.

This may seem like a lofty goal, but we believe that there is power in numbers. With the help of David’s loved ones, your help and the help of others that you share this story with, we believe we can accomplish this for Captain Beimer and his family.  David will be returning from his latest deployment this September, so we are in a bit of a time crunch.

What we are asking your help for is simple:

1.) We are asking you to dig into your pocket books and give a little or give a lot, whatever your heart leads you to do.

2.) We also need your help to share this story with your family and friends. Please help us get the word out!

Together, but only together, we can help this soldier get one of his dreams back.

We have set up a fundraiser through Fundrazr.com called "Operation Bring Biemer's Boat Back"

Upon Captain Biemers return, we will be hosting a "Overhauled” presentation and party at a location to be announced later.  Obviously YOU ALL are invited to witness firsthand the joy your generous gift will have provided. Details to be announced at a later date.)

Since we are trying to SURPRISE Captain Biemer with the completion of his boat, all updaters will be done though our secret Facebook Group page “Biemers Boat”.  However, Scott Hawkins or Bryan Letterly will have to add you to the group (because it’s a secret group).

Folks if you are having trouble donating though this site, feel free to use our mailing adress at:

Scott Hawkins is managing the funds for this campaign. The campaign is for a personal cause.